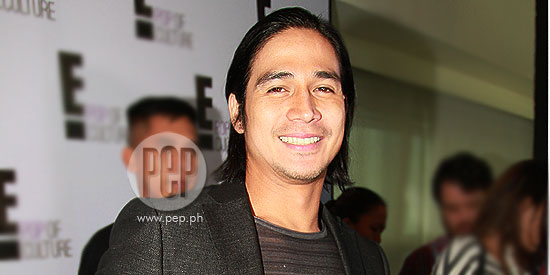 Piolo Pascual on his son's decision to join showbiz: “Wala ako magawa, e. We got an endorsement. He’s coming out in a film. He’s got a boy band. I just hope he finishes high school,” says Piolo in an interview after the press con for his upcoming reality-based episode on E! News Asia Special.

A proud daddy at 37, Piolo Pascual revealed that his son Iñigo will become part of a Hollywood boy band.

He added that Iñigo heard about the offer to join a U.S. tour of a new all-male group, comprised of “four or five” members, few weeks ago.

“He’s been in the States since two weeks ago. That was the last audition.

“And then a couple of days after that, we just got confirmation that he got in.

“We got a copy of the contract. And we’re just gonna study it.

“We just previewed the trailer. We might fly him in for a couple of weeks for that.”

Even though his 17-year-old son is bent in joining show business, Piolo wishes that Iñigo will still prioritize his studies.

“Wala ako magawa, e. We got an endorsement. He’s coming out in a film.

“He’s got a boy band. I just hope he finishes high school.”

When asked about how it feels to be raising a teenager, Piolo admitted that he actually braced himself for some tough parenting with Iñigo.

But the Kapamilya actor was proud to say that his 17-year-old son never went through the typical rebellious stage.

“It’s not as hard as I though. Now that Iñigo’s older, mas may sense ang pinag-uusapan namin.

“But what’s good about the kid is mabait na bata. If there’s anything I’m thankful for, it’s the fact that he grew up to be a really good kid.”

Piolo also teaches Iñigo to be more independent by allowing the latter to make his own decisions—whether it’s related to joining showbiz or finding love.

“I cannot shelter him. If you try to protect him, how will he learn?

“’Cause that’s how you learn, through your own mistakes.

“At least when you fall, there’s a reason for you to get up, be a better person, and become wiser.”