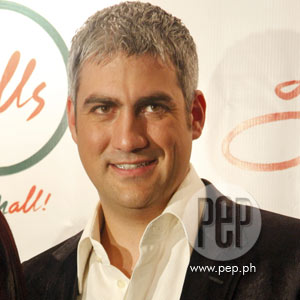 American Idol Season 5 winner Taylor Hicks tells Filipinos, "I definitely would like to come back here. You know, it's been a very cool experience." He is scheduled to perform at the Greenbelt 3 Park on December 19 and at the Trinoma Activity Center, Quezon City, on December 20.


American Idol Season 5 winner Taylor Hicks gives an early Christmas treat for Filipinos as he is scheduled to perform his signature soulful songs in select Ayala Malls. Taylor's fans, who call themselves the "Soul Patrol," can catch him during his December 19 and 20 performances at Greenbelt 3 Park and at the Trinoma Activity Center, Quezon City.

Popularly known for his soul and blues music, Taylor visits the country to perform the songs from his self-titled debut album including one of his favorites "Just to Feel That Way."

The singer from Alabama had actually written some songs before he joined the talent search American Idol. He said he was glad that some of his creations were included in his album. "I think if you have creative energy, you should use it. For me, being able to write music and perform it and enjoying the performance with people, it's an honor for me to do that," said Taylor during the press conference held earlier today, December 18, at the Hard Rock Café in Glorietta, Makati.

Taylor, who played his harmonica during some of his performances in American Idol, said that whenever he writes a song, "I connect with it immediately." This happened to him when he did the song "Just to Feel That Way."

Taylor also draws inspiration from his idols, like Ray Charles. In fact, the 31-year-old Idol always brings a statue of Ray Charles wherever he performs. He said, "It works for me. He's a big influence in my musical background. You know, I take him [the statue] along with me."

Other songs included in his first album are: "Heaven Knows," "Ain't That Peculiar," and "Gonna Move." It also has "Dream Myself Awake," which was written by Rob Thomas and "Places I've Been," penned by the hitmaker Diane Warren.

NEW YEAR'S TREAT. As a gift to his fans in the coming new year, Taylor promises them a new album and a DVD.

The 5th American Idol winner said his next album would be "organic" because he will be playing his instruments. He added, "I'm into a lot of types in the next album and, you know, I'm trying to find the right rhymes with different songwriters and producers. I'm just trying to, you know, make the best album that I can.

"I'm looking forward to be able to expand my audience as a musician and as an artist and make a great album."

Taylor is also set to visit different countries in Asia. "I'm really excited about going on tour in the Asian countries early next year."

Meanwhile, Filipinos get a chance to enjoy his music as he performs in different Ayala malls starting with his appearance at the Glorietta 4 Park, Makati, earlier tonight. Tomorrow, he will be entertaining his audience at 7 p.m. at the Greenbelt 3 Park and on December 20 at 7 p.m. at the Trinoma Activity Center, Quezon City.

And how is he going to entertain the audience?