Spend an evening with John Legend on September 26 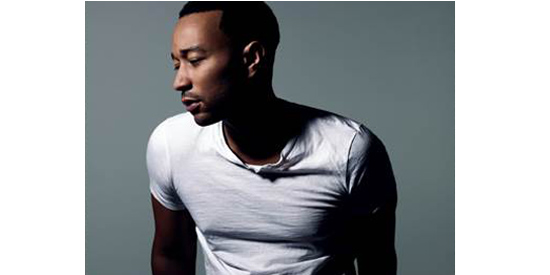 The Manila leg of John Legend's All Of Me World Tour will take place at the Smart Araneta Coliseum on September 26, 2014.

Everyone who comes across the song “All of Me” is inevitably bound to sing the song that peaked at No. 1 on iTunes and the Billboard Hot 100.


With its saccharine lyrics and catchy melody, fastened with John Legend’s magnetic and powerful voice, “All of Me” effectively captivated the hearts of many and rendered itself a timeless love song.

This September 26, critically acclaimed and multi-awarded singer-songwriter John Legend comes to Manila for his much-awaited All Of Me World Tour. This one-night only event will take place at the Araneta Coliseum.

John Legend, a graduate of University of Pennsylvania who studied English and African American literature, showed his versatility by engaging in a wide variety of musical activities while in college. Also during college, singer-songwriter and rapper Lauryn Hill hired John Legend to play piano on her track called “Everything Is Everything.”

Soon, he played shows around the Philadelphia area and eventually expanded his audience base to Washington D.C., New York, Boston, and Atlanta. He was introduced to then up-and-coming hip-hop artist Kanye West after college, who immediately signed him to his G.O.O.D. Music imprint and appointed him to sing vocal hooks on some of his music.

Through a series of similar collaborations with established and well-esteemed artists, John Legend’s career increased in momentum; contributing his brilliant talent and exceptional vocals to a noteworthy list of chart-topping hits such as Kanye West's "All of the Lights," Jay-Z's "Encore" and back-up vocals on Alicia Keys' 2003 song, "You Don't Know My Name." The sought-after collaborator also worked with Sergio Mendes, Mary J. Blige, and The Black Eyed Peas, among many others.

Once Again, the follow-up album in 2006, was a platinum seller, which earned him another Grammy, Best Male R&B Performance, for his single “Heaven,” and included collaborations with Kanye West, will.i.am and Raphael Saadiq.

“Green Light” featuring Andre 3000 was the frontrunner of his next album, Evolver, in 2008. In the same year, he sang in a video for Barack Obama titled “Yes We Can,” produced by will.i.am. In 2010, he collaborated with the Roots for an album titled Wake Up! which won the Grammy for Best R&B Album a year later. The musical genius is truly endowed an eclectic intellectual scope. In 2012, he was granted an Honorary Doctorate Degree from Howard University. He also became a judge for a music show called Duets alongside American Idol winner Kelly Clarkson, Jennifer Nettles, and Robin Thicke.

Just last year, he released his fourth studio album, Love in the Future, produced by himself, Kanye West, and Dave Tozer. The album has been intricately woven by romance and heartfelt, excellently produced music. The lead single of Love in the Future was “Who Do We Think We Are” featuring Rick Ross, followed by “Made to Love.” From the album arose his first number one single in his career — “All of Me.” It is the highest charting song from the album and topped the iTunes charts and the Billboard Hot 100. Love in the Future is solid proof that John Legend’s unfaltering, soulful voice never fails to provoke emotions and induce chills to listeners.

Making soulful music laced with prodigious piano playing and poignant song writing does not sufficiently encompass what John Legend does. The multi-award winning musician has worked to make a difference in the lives of others as well.

In 2007, he launched the Show Me Campaign (ShowMeCampaign.org), an initiative that focuses on education as a key to break the cycle of poverty. The 2010 BET Humanitarian of the Year award, the 2009 CARE Humanitarian Award for Global Change, the 2009 Bishop John T. Walker Distinguished Humanitarian Service Award from Africare and the 2011 Harvard Foundation Artist of the Year Award recognize Legend's efforts and leadership in this arena. John sits on the boards of The Education Equality Project, Teach for America, Stand for Children and the Harlem Village Academies and co-chairs the Harlem Village Academies’ National Leadership Board.

Don’t miss the 9x Grammy Award winner – John Legend with his All Of Me Tour in Manila on Friday, September 26, 8PM at the Araneta Coliseum.

Get your tickets now at www.ticketnet.com.ph or call Tel. No. 911-5555. Presented by Wilbros Live in cooperation with BoardWorks Media and Zero-In Concept | Productions.