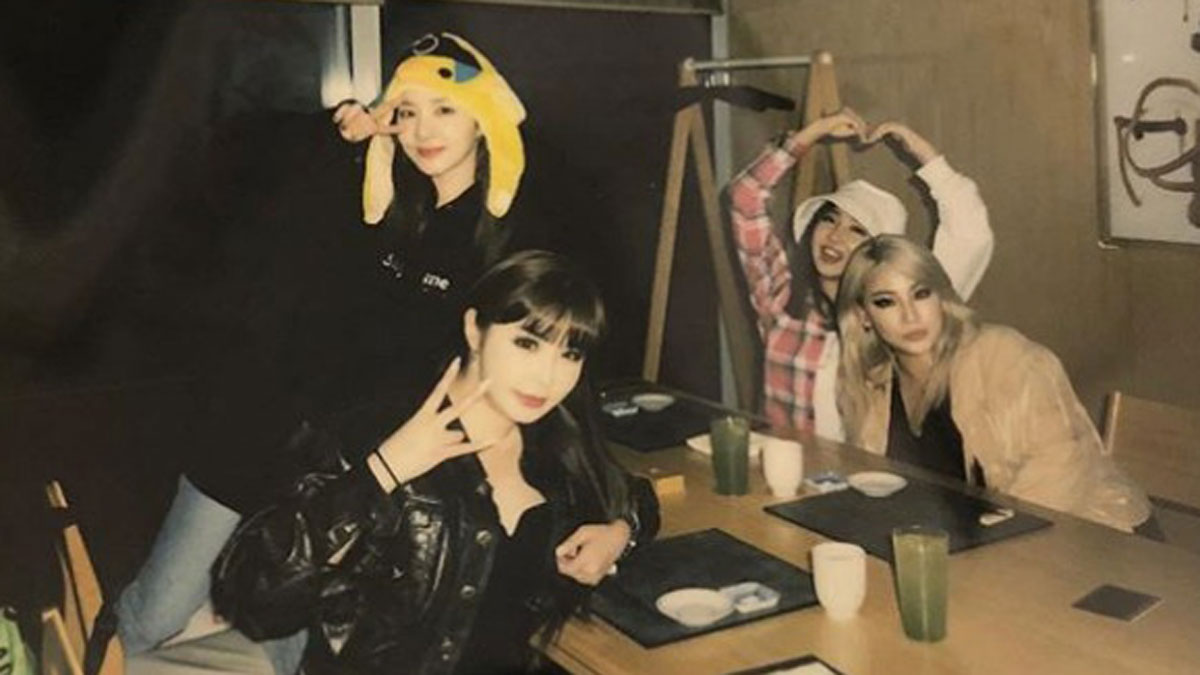 Sandara Park thanks 2NE1 fans: "10 years later, you are still here for us."

After disbanding in 2016, Sandara Park reunited with the other members of 2NE1—CL, Gong Minzy, and Park Bom—to celebrate the 10th anniversary of their K-pop group.

The four girls put on candles on a cake and held Instagram live sessions at the same time on May 16, 2019.

They became the first Korean act to break into the Top 100 of the Billboard 200 chart when they released their final album Crush in 2014.

The K-pop group last performed together at the 2015 Mnet Asia Music Awards (MAMA).

In April 2016, Minzy departed the group after she chose not to renew her contract with YG Entertainment.

The group continue on as a trio and were poised to release a new album. However, YG Entertainment announced their sudden disbandment in November 2016.

The agency announced back then: “After much consultation with rest of the members, YG has decided to officially disband 2NE1.

“2NE1 has been YG’s signature girl group for the past seven years, so YG is deeply saddened to let them go. YG hereby announces that it signed a management contract with CL and Dara as solo artists after May but did not renew its contract with Bom.”

"Back in 2009, the four of us in 2NE1 were excited on what the world had to offer. We didn’t expect that we would be given the best fans in the world. We didn’t expect that we would have fans in many parts of the world. To countries who don’t speak and understand our language. We are very grateful that Blackjacks embraced us. And because Blackjacks were everywhere, we were able to go to different countries. To places we only see on maps.

"10 years later, you are still here for us. Through joys and tears. Even when we had drastic hairstyles and outrageous stage costumes, you still loved and supported us. I can’t believe how much you mean to us — 4 Korean girls who just wanted to perform onstage. We can’t thank you enough for the love. How we all wish we can thank each one of you and give you a hug. But I hope this message would be enough for now to show you how much Blackjacks mean to us. Thank you. I love you."