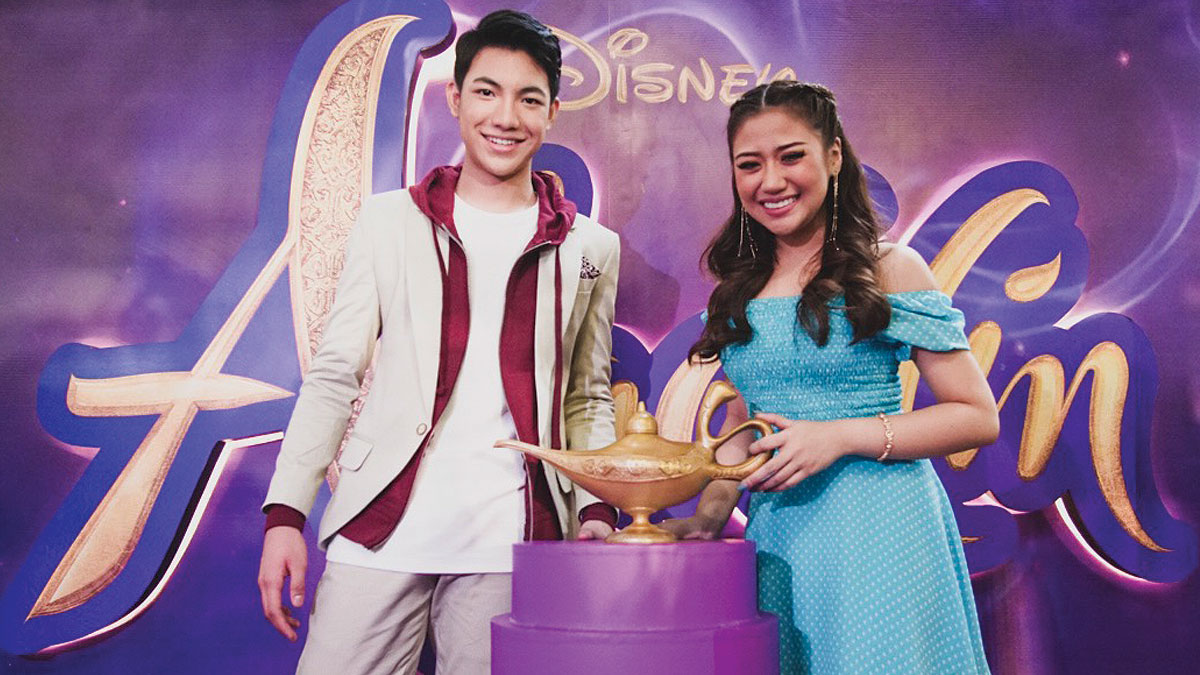 Success come to Darren Espanto and Morissette Amon early in their singing careers, and both admit dealing with it has not been easy.
PHOTO/S: Courtesy of SM

Morissette Amon, 22, and Darren Espanto, 18, both battled their way to ride the success they're now having as singers.

The vehicle that brought them there was The Voice of the Philippines, the local franchise of the global singing competition.

Darren was a grand finalist of The Voice Kids in 2014, while Morissette was a finalist of the regular season in 2013.

Morissette is recognized as one of the powerful young belters today, but she reveals there were many times when she wanted to give up her dream of becoming a known singer.

“Not a lot of people know but I’ve been in the industry for almost 10 years.

“What kept me going is… all the love that’s been pouring upon me from my fans, my family, my management.

“And sometimes talaga you have to look within yourself, even when parang you feel alone, you’re not cause God is there.”

For Darren’s part, he admits his schedule overwhelms him, but reflecting on why he has taken this path in the first place forces him to get back on track.

“There will be times na overwhelming for all of us. I guess pag dumarating po yung time na yon, when you get to that point, you just have to think why you started doing this in the first place.

“You have to go back really to your passion and drive for doing what you love… for us [it’s] singing and music.

“It also helps to kind of refresh yourself, i-push yung sarili mo to keep doing something [you love]. You have to have balance.”

Apart from making a name for themselves in the local music scene, Darren and Morissette are also getting recognized in other countries.

As a matter of fact, the two have separate international projects in the works.

“Like right now, aalis si Darren and then ako din in a couple of days, but it’s always a joy to be able to work with each other.”

The two had a recent collaboration, having done a duet of “A Whole New World” here in the Philippines.

It is the theme song of the 1992 Disney film animation Aladdin, which has a live-action remake playing in cinemas.

Morissette will be doing more concert tours this year and a movie soon.

Darren says that he just got back from China for some commitments.

“I went there to do a few shoots, photo shoots and sing again for the network that holds Singer, which is seen on TV.”

Darren has appeared as guest on Singer, considered as China’s most popular singing competition today.

The two singers feel both thankful and privileged for their international exposure.

Darren beams, “I’m very happy po na we’re being given all these amazing opportunities po that we can show our talents internationally,”

Morrissette interjects, “Just being able to show our gifts and talents on different platforms all over the world is such a privilege.”

She adds that she also hopes to introduce OPM to different parts of the world.