Are members of Orange and Lemons ready to reconcile with Mcoy Fundales? 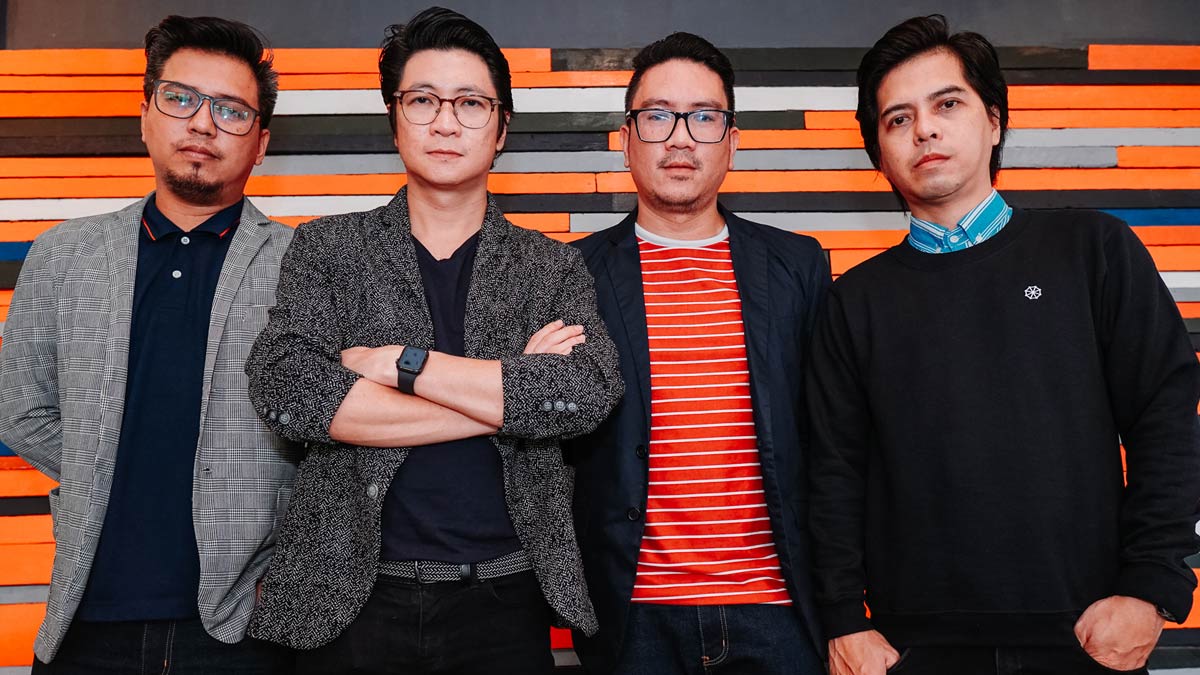 It may sound odd to put back together a hit-making band without its publicly acknowledged vocalist being part of the equation. But that is exactly how Orange and Lemons managed to reunite under their famous banner.

For the trio of singer-guitarist Clem Castro and the sibling rhythm section of Ace (drums) and JM (bass) Del Mundo, the message is clear: No Mcoy Fundales. No problem.

“Most people don’t know that O&L had two vocalists, and that I wrote most of the songs,” explained Clem, referring to the band’s old practice of having him sing odd-numbered songs, with Mcoy, who by design had sung the major hits, taking care of even-numbered tracks.

Clem added, “I decided on letting him sing songs kahit ako ang nagsulat. Mcoy used to be our crooner and vocal interpreter of some of our songs. That was his main contribution.”

Whether or not returning into the mainstream field as a trio would sit well to majority of their fans, one thing is sure, Orange & Lemons, belonging to the most popular pride of Bulacan, are back in harness, out with a fresh, or should we say, refreshing new single that’s distinctively theirs — sound and singing-wise.

The group disbanded in 2007 after a good run of three critically acclaimed and popularly embraced albums. They got back together two years ago, decidedly without Mcoy who recently and coincidently put himself out as a solo act.

“We were still feeling each other the past couple of years,” said Clem whose own music label Lilystars Records now handles the band’s music distribution. “We added a keyboardist in our live act as I felt it’s not right to have a rhythm guitarist while I play the riffs and sing myself.”

That keyboardist is Jared Nerona, trained in classical music and ably providing those '80s hooks when the band covers classics from that era.

Known around in the band scene himself, Jared is recalled by his O&L mates to have seriously submitted his resume to get a crack at the position.

He has a distinct keyboard hook in the latest single released in digital platform on the midnight of June 7.

“Pag-ibig Sa Tabing Dagat,” penned and lead-sung by Clem in his confidently assuring voice, developed into a fusion of kundiman and the indie guitar pop sound the the band is kniwn for.

The song is the first of a 10-track, all-Tagalog end-goal eyeing next year for release. That’s not an impossible task considering the group has always committed to deliver the goods no matter what. For one, they re-recorded their first album.

Back in their busiest year, 2006, they had a daily gig, save for six days.

And at one point, they took the job of quickly composing and recording a jingle for a TV program that eventually became a nationalistic pop rock anthem.

This June, they’re set to shoot a music video featuring two breakout movie stars. Then come September, they are likely bound for Canada to do a multi-city gig tour.

For all the controversies they had to deal with in the midst of fame and success, O&L maturely took the blows. “We were young,” they chorused.

They view their reformation as more of a hobbyist thing of some calmed, not restless, souls.

Practically as it works for them, they didn’t have to drop their active separate artistic projects that came along during their post-break up years.

Why did the members of Orange and Lemons have a falling out with Mcoy Fundales in the first place?

Clem narrated: "Mcoy and I had a falling out a few weeks before the release of our third album. After a bull session he walked out and the following day declared that he won't sing on stage if I'm present.

"That went on for a week and I gave in to his demands (to fulfill obligations) but unfortunately used my absence to try and fire me from the group.

"I can cite personal and creative differences but because of the pressure of our band schedule, the non-stop gigging and burnout, and changes in perceptions and principles, we practically became complete assholes to each other.

"But I fought hard for my role in the band and for the name until we all agree to officially disband. The rest is history."

Asked if there is any chance for reconciliation with Mcoy, the quick-witted Clem, once and for all, settled the matter.

He pointed out, “Magkababata at magkababayan kami. I hope he sees in his heart na magka-ayos kami kahit hindi na with working together. I think that would be everything.”