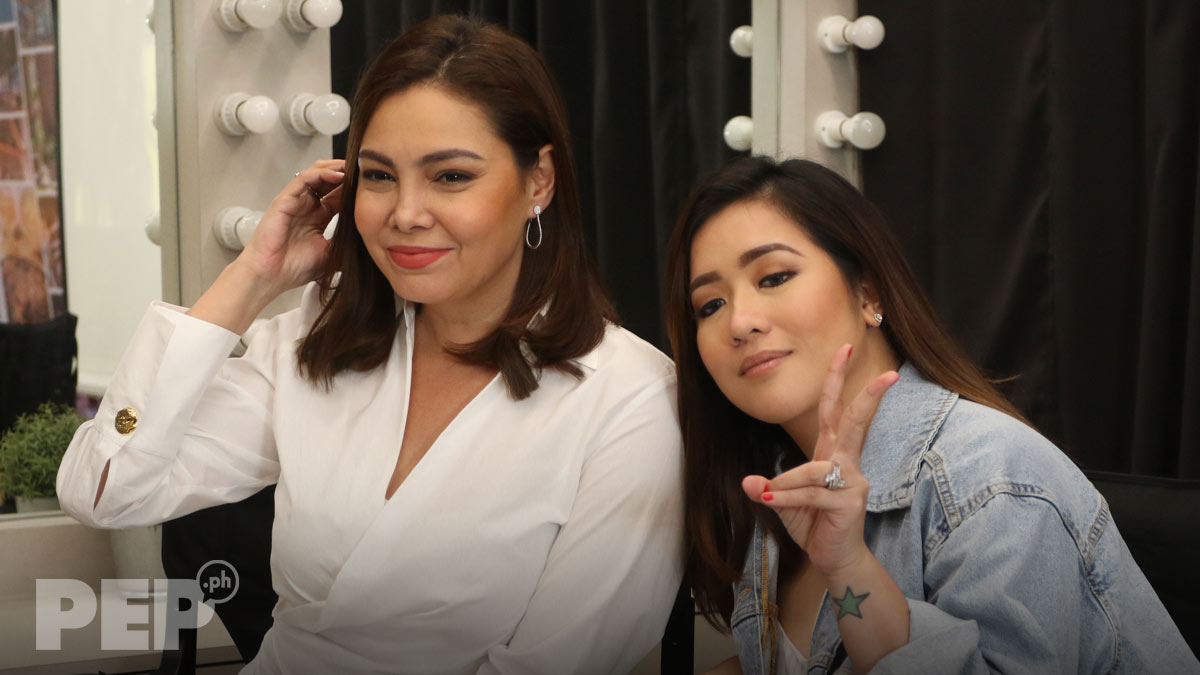 The delightful chemistry between singing divas Angeline Quinto and K Brosas surely points to them creating a comedy bar atmosphere tonight, July 12, during their concert at the Smart Araneta Coliseum.

The concert co-produced by Cornerstone Concerts and Star Events is billed Angeline K ‘To, Concert Namin ‘To at the Araneta Coliseum.

However, Angeline said she and K will offer something beyond expectation, with big production numbers and a lot of heart.

People cannot be blamed for expecting big dosages of comedy come concert night, especially with the naturally gifted comic act K on board.

Angeline herself, for all her big titles like “Queen of Teleserye Theme Songs” and “Star Power Champ,” has developed into a comedienne in her own right and in the same vein as that of K’s brand of antics.

Looks like gay pride is written all over for a show featuring two ladies of tremendous vocal talents and liking for each other. K sees their tandem as collaboratively special, noting, “We complement each other at marami kaming common denominator. Bibigay ko kay Angeline ang biritan at sa akin
yung mababa.”

Incorporating balance into the show also leads to the fact that the special guests slated to appear are all male: Erik Santos, Empoy, Hashtags, and Ogie Alcasid. They want it this way because it’s easier for them to jam with male voices. Makes sense.

Angeline likewise injected a lot of sense or safety net when asked about Erik and the idea of them rekindling the old flame. She pointed out, “Tadhana na po ang magsasabi kung kailan at saan kami magtatagpong muli.”

That elicited excitement among the press and should make Erik’s time on stage a lot more interesting.

It’s for the crowd to see whether this concert directed by John Prats will truly deliver that sense of balance to make Araneta beams off quality and fun entertainment to exceed expectations. One thing is sure, Angeline and K Brosas genuinely enjoy each other’s company on and off stage.

That’s not bad for a pair singing in tandem. (Tickets are available at TicketNetOnline or call 911-5555.)