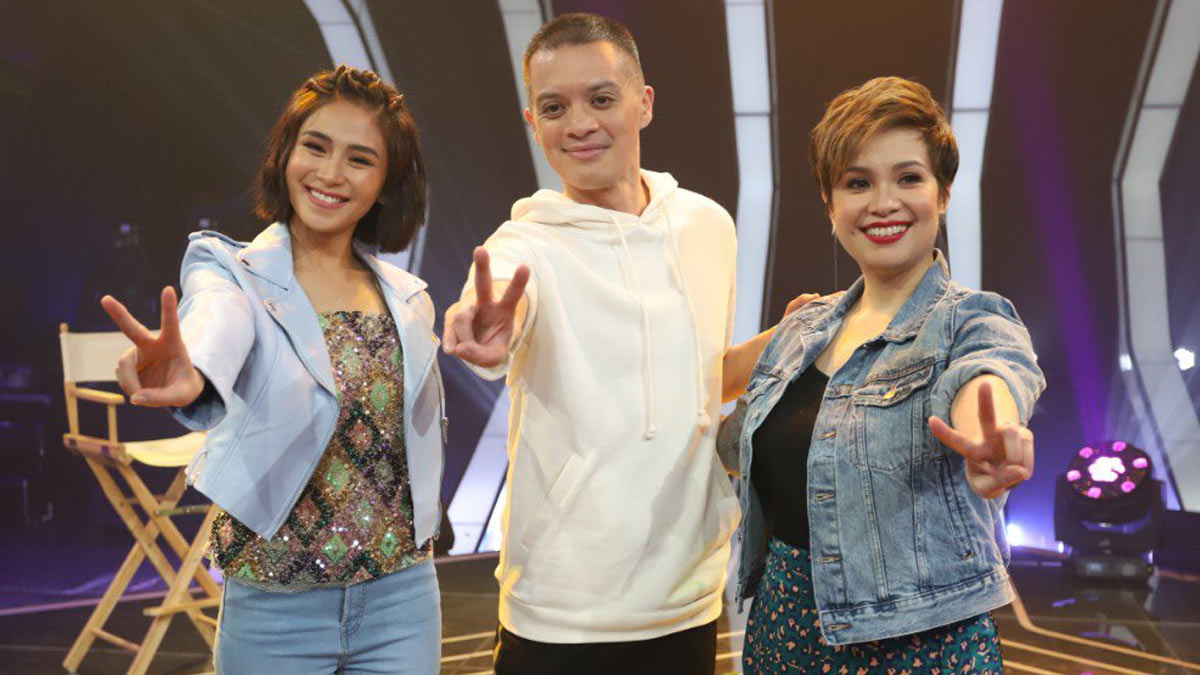 Khail Samson is no newbie when it comes to the showbiz industry, as the 8-year-old aspiring singer is actually a commercial model.

Khail started modelling at the age of six, and already filmed a total of fourteen commercials as of August 2019.

Now, Khail hopes to embark on a new journey, this time hoping to pave a path in the music industry.

However, towards the end of his performance, Khalil did not get any chairs turned. Coaches Lea Salonga, Sarah Geronimo, and Bamboo gave him heartfelt advices.

Lea said, “Kung singing talaga ang gusto mong gawin, you have to keep practicing. Especially your intonation, the matching of your voice to the music.”

Bamboo also gave him positive feedback. He said, “It made me happy that, at some point, you sort of found it [your voice].” He pointed out that during some parts of the song, Khail somehow “got lost” (or was not in tune) while singing. He then added, “You got to keep on working [on improving your vocal skills.]”

Cagayan de Oro’s Francis Indonto learned how to sing from his parents. His dad taught him proper breathing and correct pronunciation, while his mom helped him gain confidence when singing on stage. And it’s also a plus that his dad joined amateur singing contests back in the days. That’s why it’s no surprise when Francis won a competition in school at the age of three.

Still, the now 12-year-old had his fair share of struggles, noting that he auditioned in Cebu, Bohol, and twice in Manila just to finally get the chance to stand on The Voice’s stage.

The singer sang “Isa Pang Araw” by Sarah Geronimo from her recent movie, the Filipino remake of the Korean film Miss Granny.

Despite not turning her chair during Francis’s performance, Sarah thanked him for singing her song. Lea also explained why she didn’t turn this time around, saying that although he has potential, it would be best to find a song that fits his voice.

Bamboo, however, warmly welcomed him as part of Kamp Kawayan, as the singer turned his chair for Francis.

Sarah noted how his performance started off strong, and if he chooses her as his coach, she plans to help him control his voice.

In the end, Cedrick picked Lea as his coach and officially became a part of FamiLea.

Bamboo, who adored Pica’s voice, turned his chair for her, and was the only coach to do so. He explained his decision, “I found nothing wrong with the performance. It was just in control, patient ka, suave.”

Pica also expressed her gratitude by saying, “Masaya po ako na may magtuturo na sa akin ng husto,” as she only learned how to sing by watching YouTube videos.

At an early age, Steph already loved to sing but was unable to take voice lessons due to financial difficulties. Still, due to his talent, Steph earned a vocal scholarship and was able to practice singing professionally without a fee.

During the audition, Steph sang the English song “Wildflower," and earned two yeses from Lea and Bamboo. Bamboo liked his “soulful voice” and how connected Steph is with his song choice. Meanwhile, Lea picked him due to the stability of his vocal cords.

While trying to choose a coach, the 12-year-old revealed that he is passionate about singing and flying kites. Surprisingly, Bamboo also love these two things. The rockstar hoped that their shared interest would win Steph over to his team.

The judges had to double check if they were hearing double when twins Dale and Dane Paragas from Basilan auditioned in The Voice Kids. The two sang Sam Concepcion and Tippy Dos Santos’s duet “Dati.”

Although the two failed to get a yes, the judges still encouraged Dale and Dane to continue singing.

Talented 9-year-old Angela Ragasa can both sing and dance. She learned how to dance after taking an interest in her mother’s hobby, pole dancing. But Angela fell in love with the dance’s other variant, aerial hoops.

In the end, Angela picked to be a part of Team Sarah as she and her family are fans of the singer-actress.

YouTuber Kaycee David joined the competition in the hopes of becoming an inspiration to her 1.9 million subscribers.

She elaborated, “If ever I get to win The Voice Kids, I will be able to finally inspire my fans. I promise to daddy and mommy that I will do my best no matter what.

Although she failed to get a chair turn, Lea mentioned that Kaycee is on the right path. She explained, “Since you're already parang in the right path that you're entertaining, keep doing what you're doing.” The coaches also noted that Kaycee should work on her vocal flexibility in terms of reaching both high and low notes. Staying optimistic, Kaycee vowed to “work harder.”

Nine-year-old Ysahara Cepeda was this Sunday episode’s superstar. The young songstress effortlessly sang with such a unique voice that the judges were left in awe and turned their chairs only a few seconds after she started performing.

Bamboo backed up her claim by saying, “We turned for your voice.” The judges also described her vocals as “sarap lang pakingan,” “parang sariwang hangin,” and “natural lang.”

As the three tried to catch her attention, Ysahara had a hard time to choose a coach. But ultimately decided to be a part of Team Sarah.

Who’s your pick in last weekend’s The Voice Kids Season 4?