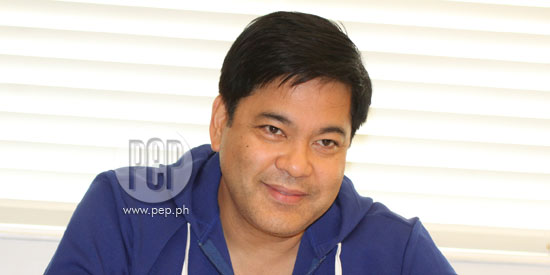 "We wanted to bring back the raw sound of yesterday,” says Martin Nievera, who collaborated with a big band for his upcoming album titled Big Mouth, Big Band under Polyeast Records.

“If you’re still fulfilling dreams in this business, then you should still be in the business.”

These are the words that Martin Nievera used to describe his never-ending passion for singing.

While some of his contemporaries have ventured into other fields, the 52-year-old singer said that there is still a lot left for him to explore as a musical artist.

“I’m still so hungry and passionate about what I’m doing. Even when I’m sick I’m performing. I say yes to everything, that’s my problem.

“Because that’s what I do. I love to sing. I love to perform,” said Martin during the September 29 solo presscon for his newest album titled Big Mouth, Big Band.

Martin admitted that recording with a live band is actually a new experience for him.

“I really want to be in a band when I was 16 years old, and I never got into a band.

“When I came here in the Philippines, I became a soloist.

“So, I said, ‘For this new album with Polyeast Records, let’s do something we’ve never done before where Martin is in a band.’”

With musical director Marvin Querido at the helm of the project, Martin was able to collaborate with a live band while recording songs at a studio.

“We did it the old style. We did it with a live band performing. Then I put in my voice later on.

“Then we mix it all together to make it sound like a live performance as opposed to the usual very well-mixed and studied and engineered CDs of today.

“We wanted to bring back the raw sound of yesterday.”

The album includes new musical arrangements of popular love songs from '80s to '90s such as Queen’s “Love of My Life,” Toto’s “I Won’t Hold You Back,” Earth, Wind, and Fire’s “Every Now and Then,” and Simply Red’s “Stars.”

Also part of the album are Martin's rendition of the following songs: “Sing A Song,” “Dust In The Wind,” “Hooked on A Feeling,” “What A Fool Believes,” “Will You Still Love Me,” “You Can Have Me Anytime,” “I Can Tell You Why,” and “Biggest Part of Me.”

“They think because the title is Big Mouth, Big Band, they think it’s that big band sound of Vegas.

“What it is really is Martin the Big Mouth singing the songs of his favorite big bands—big as in big bands back in the '80s and '90s,” he added.

Raw tracks of the album were played as background music during the media luncheon, but Martin said that Big Mouth, Big Band is expected to be released sometime in November.

Meantime, the Concert King will be busy with a series of shows in U.S. for the month of October.

“I leave on Wednesday [October 1] because we have ASAP on Los Angeles on October 11. I'm going ahead of the whole group. I’m gonna be shooting things in Hollywood.

“On October 18 and 19 at the Sun Coast Casino in Las Vegas, I’ll be performing there. And then I’ll go to Chicago and I’ll perform on October 24.

"On October 26 I’ll be in Concord, California. On October 31 I’ll be at Chumash Casino at Sta. Ynez, California and then I come home.”

By November, Martin is slated to do several “mini-shows” to promote his Big Mouth, Big Band album in the country.