Hollywood actress Hailee Steinfeld: "I have Filipino blood in me and I’m so proud of that." 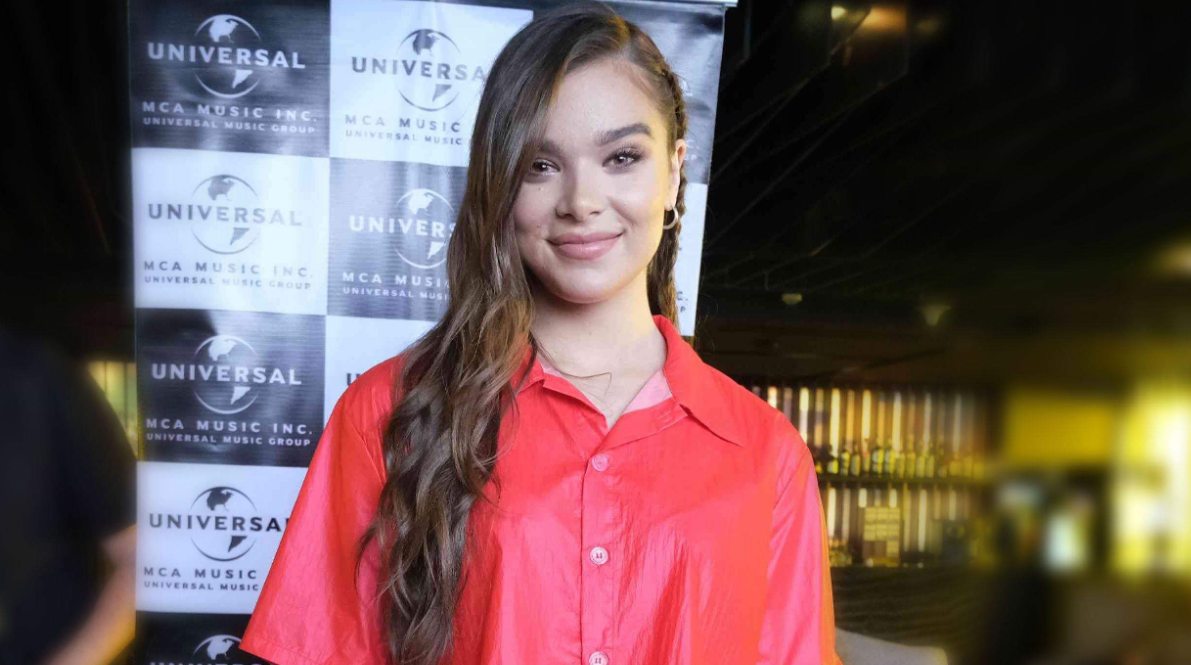 Amid unconfirmed rumors that another sequel to the highest grossing musical comedy film of all time is in the works, Hollywood actress with Filipino lineage Hailee Steinfeld said she will “absolutely love” to do a Pitch Perfect 4.

“Oh my goodness, yes, absolutely! Those films are so much fun to watch and even more fun to make,” Hailee told PEP.ph (Philippine Entertainment Portal) and other media during her recent surprise visit to Manila to spend time with her Filipino fans at Eastwood Mall.

The interview took place at the Marco Polo hotel in Ortigas, Pasig. The 2012 movie Pitch Perfect focuses on the Barden Bellas, an all-female a capella group competing for the national a capella championship.

With a worldwide gross of over US$115 million over its modest US$17 million budget, the film became a sleeper hit loved by both critics and audiences.

It also paved the way for the 2015 sequel, Pitch Perfect 2 which added Hailee in the cast as Emily Junk, the newest member of the Bellas.

With a current worldwide gross of over P287 million, Pitch Perfect 2 made box office history when it became the highest grossing musical comedy film of all time and was still generally well-received by critics.

A third sequel, Pitch Perfect 3 that still included Hailee was not embraced by critics but still managed to gross over $185 million making it the second highest grossing musical comedy film of all time just behind its predecessor.

Hailee admitted that she was thrilled to be part of such a huge movie franchise with a combined total worldwide gross of US$565 million to date.

“I was a huge fan of the first movie. Similar to the character I played, I was the new kid on the block and it was just a lot of fun to kind of jump in with all these incredible women who sort of showed me the way in more ways than one in the film and in real life as well,” Hailee recalled.

At the time she was cast in Pitch Perfect 2, Hailee was already a sought after star in Hollywood with an Academy Award nomination to her name in her feature film debut as a child actress in True Grit.

She was already making her mark in pivotal roles for films like Ender’s Game, Begin Again and a 2013 adaptation of Romeo and Juliet when she joined the Barden Bellas.

“It was amazing to be part of that group because I’ve never really had that sort of experience and I was a huge fan of everyone in the movie,” she said. It’s no surprise therefore that she wants to do another Pitch Perfect film again.

In previous interviews dating as far back as 2017, Hailee has repeatedly expressed her intention to return to the franchise and said that she personally does not believe that the Bellas are done yet and that “the possibilities are endless” for a fourth film.

And she’s not the only cast member who feels this way.

In a 2018 Instagram post, co-stars Rebel Wilson (who plays Fat Amy), Brittany Snow (Chloe), Anna Camp (Aubrey), and Chrissie Fit (Flo) have all been very vocal about having a Pitch Perfect 4 and further expressed such desire in subsequent interviews.

Coincidentally, the same year Hailee was cast in Pitch Perfect 2 was also the same year she launched her musical career via her EP titled Haiz. It contained her early hits “Love Myself” and “Rock Bottom (featuring DNCE).”

She would later score more big hits like “Most Girls,” “Let Me Go” (with Alesso featuring Florida Georgia Line and Watt) and her biggest hit, the sexy ballad, “Starving” (with Grey featuring Zedd).

Asked about “Love Myself,” Hailee said the song which she learned has “helped so many people” is an “amazing reminder” to herself that “there is so much power and so much importance in self-love and self-reassurance and self-acceptance.

“There are days when I struggled immensely with just that—the concept of self-love. It seems so wonderful and so easy on paper. It’s definitely an easy thing to say that you’re wonderful, you’re perfect, you’re unique but when you’re in it, it’s so hard to see all of that so I do think that there are so many artists that sort of put out these incredible positive vibes and put out music that sort of inspires self-love that I think is amazing.”

Hailee said she herself is very fortunate to feel a lot of love, especially from her Pinoy fans.

“I have Filipino blood in me and I’m so proud of that. So to see my music and my work do so well over here just means so much to me and I know [to] my family [here] as well. It’s something very special to me here, for my music to reach so many people here and it has connected me with so many fans here which I love the most,” she enthused.