Don Moen to hold inspirational concert in Manila on October 17 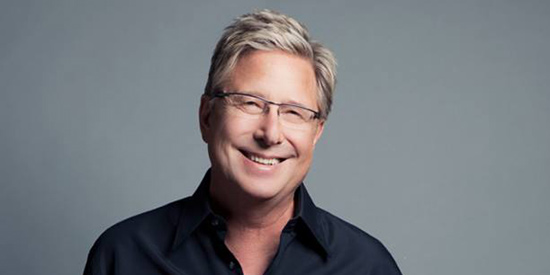 Don Moen will perform his praise-and-worship songs on October 17, 2014. God Will Make A Way! Philippine Tour 2014 will be held at the new CCF Center, Frontera Verde Ortigas Ave., Pasig City.

Known for his hit praise-and-worship songs, Don Moen is scheduled to return to Manila for an evening of contemporary Christian music on Friday, October 17, at the new CCF Center, Frontera Verde Ortigas Ave., Pasig City (beside Tiendesitas).

The singer-songwriter-producer gained worldwide recognition for praise-and-worship songs that interpret closely the words of the Bible.

The popular American singer will take center stage during the one-night musical presentation from Ovation Productions almost one year after his last local tour that took him to the cities of Davao, Dumaguete, General Santos and Dipolog in Mindanao. This follows his 2012 concert series that brought him to Metro Manila, Tagbilaran City and Butuan City.

God Will Make A Way! Philippine Tour 2014 will treat concertgoers to an inspiring musical and spiritual experience featuring the musical talent and skill of the 64-year-old artist who has captivated millions with his marvelous voice and style that gave the world songs like “God Will Make A Way,” “Thank You, Lord,” “God Is Good All The Time” and “Give Thanks.”

Other Christian songs he has popularized include “Lord, I Offer My Life To You”, “Crown Him”, “I Want To Be Where You Are”, “Blessed Be The Name Of The Lord”, “Celebrate, Jesus, Celebrate”, “Great Is Thy Faithfulness”, “All We Like Sheep”, “Your Steadfast Love”, and many more.

Aside from his excellent vocal quality and style, Don’s music stands out for its straightforward simplicity that bares men’s souls before God, and which contributes in making worship music sound so effortless, animated by his smooth tenor over catchy, string-laden adult contemporary tunes.

While many worship leaders can reach only certain demographics, Don can extend to and touch a cross-section of worshippers and believers from diverse social classes and religious beliefs, with many seniors and youngsters enjoying his songs.

A frequent visitor to the Philippines during the past several years, Don has established a solid base of Pinoy fans of different classes and ages and who are expected to turn out in impressive numbers during his coming performance.

Associated with some of the best-known contemporary Christian music for more than three decades, Don developed his musical talent while attending Oral Roberts University in Oklahoma until he became a Living Sound musician for Terry Law Ministries before joining Integrity Incorporated, authors of the “Hosanna! Music” praise and worship series.

As worship leader, he produced a total of 11 volumes in the series, including the first album, Hosanna! Music: Give Thanks which sold hundreds of thousands of copies and became the label’s bestseller. He followed this up with a number of successful albums of his own. His music has total global sales of over five million copies.

After working for 20 years in such positions as creative director of Integrity Media, president of Integrity Label Group and executive producer of Integrity Music albums, Don left Integrity Media in 2008 to start a new venture, the Don Moen Company, which eventually acquired MediaComplete, the church software company that created MediaShout.

Don received a Dove Award for his work on the musical, God With Us, and Dove Award nominations for ”God Will Make A Way” and eight other songs two years earlier. A greatest hits compilation featuring 19 top hits and aptly titled God Will Make A Way: The Best of Don Moen was released by Integrity in 2003.

Don’s Hiding Place, became his first studio album, was followed by I Believe There Is More in the fall of 2008, Uncharted Territory (2012), and Christmas: A Season of Home (2012). He released an album titled Hymnbook as a celebration of his reaching over one million likes on his Facebook page.

He is visiting the Philippines fresh from a historic Holy Land tour on September 9-14, where he worshipped in Israel together with his wife Luisa and other worship leaders like Lenny LeBlanc, Paul Wilbur and Bible teacher and author Stephen Mansfield. Three months earlier, he embarked on a tour of Africa that was highlighted by a three-day concert in Kampala, capital city of Uganda.