TOTOO BA: Regine Velasquez's father used to dunk her in a drum full of water 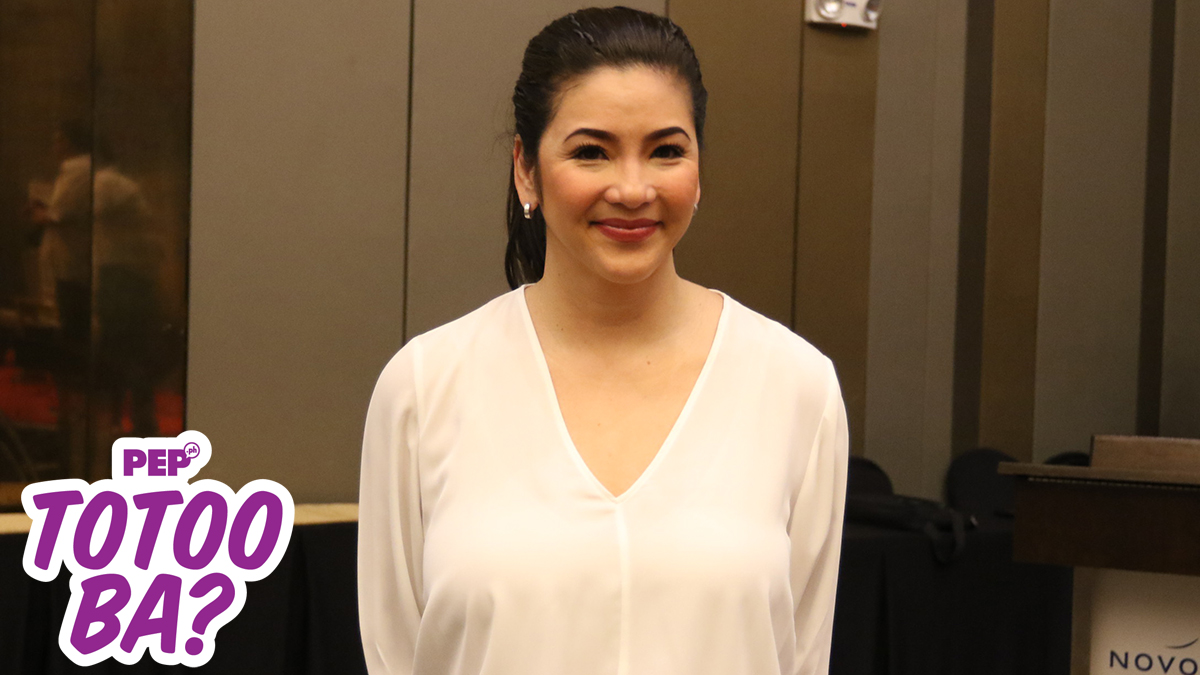 Regine Velasquez clarifies rumors saying that her father used to dunk her in a drum in order to train her as a singer.
PHOTO/S: Noel Orsal
Article Summary

One of the myths involving Regine Velasquez is the belief that her father, Mang Gerry, used to dunk her in a drum full of water.

According to rumors circulating in the '90s, Regine's father Mang Gerry would dunk her in a drum filled with water, as a way of training her to develop a power-belting voice.

When PEP.ph (Philippine Entertainment Portal) asked Regine and Sharon Cuneta about the myths or rumors about their career that they want to debunk, Regine explained the truth behind this unusual technique used by her father.

Regine admitted that it is true that her late father used to submerge her underwater, but not in a drum.

As for Sharon, she said that she does not have to debunk any rumor, since all of the rumors and intrigues about her were all dispelled eventually.

Regine and Sharon are set to share the stage in a concert titled Iconic, which will be held on October 18 and 19 at the Araneta Coliseum.

During the Q&A, PEP.ph asked Regine and Sharon about the highlights of their careers.

The Kapuso-turned-Kapamilya talent believes her career is experiencing a second wind.

"Me, you know, I consider this concert and working with Mega as one of my highlights.

"So, I consider this part of my career or my life as a second wind, and it's so wonderful to be able to start it with a concert with Vice first and then, of course, now, with Mega.

"No, she's Regine Velasquez, e. It's the totality, the person or the persona, this is Regine. It's such an honor for me. This is a real highlight."

Talking about her whole career, which she started in the early '80s, Sharon pointed out that her struggles in the past helped mold her into what she is now.

"In my whole career, everytime I was honored with something, siyempre that's been a highlight.

"I think, that's so inspirational kasi lahat tayo, may pinagdadaanan, every now and then, na masakit na pangyayari, malungkot.