Rico Blanco on collaborating again with Rivermaya members: “I'm open to the possibility.” 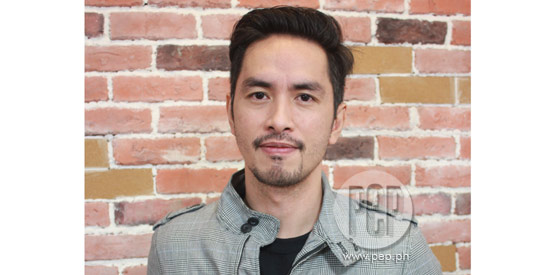 Before he became a solo artist, Rico Blanco was known as the chief composer of one of the popular rock bands in the '90s: Rivermaya.

In 2007, almost 10 years after the departure of their lead vocalist, Bamboo Mañalac, Rico also decided to leave the band.

This 2014—at a time when reunion projects are becoming a hit such as the reunion of the iconic '90s band Eraserheads—some fans of Rivermaya are also hoping to see the original members reunite for a collaborative project.

Is Rico Blanco open to the idea of collaborating anew with his former Rivermaya bandmates?

“I haven't spoken to anyone regarding that one,” he initially replied when entertainment reporters asked him about it yesterday during the press conference of his upcoming concert with Yeng Constantino and Gloc-9 titled ICON: The Concert.

He added, “Siyempre, when I left Rivermaya, it's weird for me to be considering a reunion concert right away.

“But I think it's been so many years since then, in recent months, parang I'm open to the possibility of reunion with Rivermaya.”

The former guitarist of Rivermaya also mentioned, “If someone can make it happen, if my boys are all interested, why not.

“It's also a kick, I guess, for some people who want to be nostalgic and re-live the past.”

CREATING HIS OWN MUSIC. While he would agree to do a reunion project with Rivermaya, Rico does not think he would make the first move to make this idea work.

“To initiate, I have a lot on my plate kasi,” he explained.

“But siguro, ang wiring ko lang, I'm wired in such a way na I want to create new things and explore things that I haven't done yet.”

The singer-songwriter also stressed that he does not want to miss his chance to work with other fellow local music artists.

He stated, “I'm excited about collaborating with people I haven't worked with.

“There's only so much time I have, I don't want to take for granted 'yong opportunity na binibigay sa akin. Baka one day kunin na lang ni Lord, 'tapos na. So while I still can, you know...”

He also stressed, “It's hard for me to exert so much effort into going backwards.

In the end, he pointed out, “It's also exciting, but there are people I haven't worked with pa. I'm also curious about that.”