Everything you need to know about Wanderland Music & Arts Festival 2020 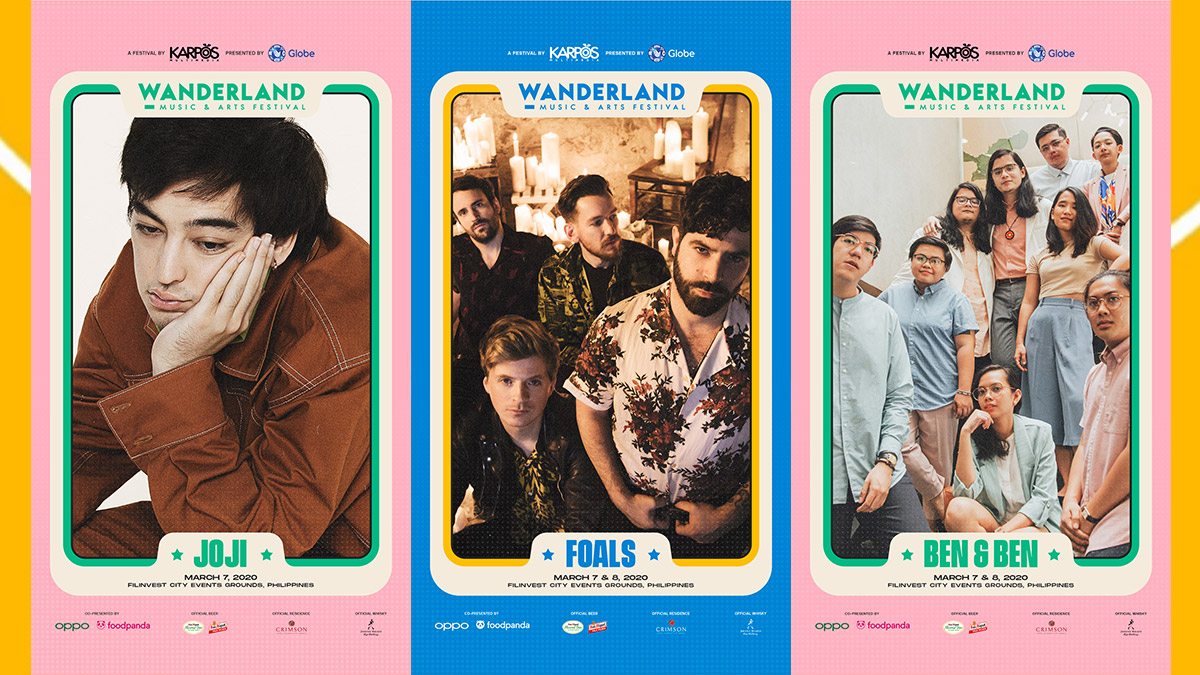 Wanderland Music & Arts Festival will be back for its 8th edition in a few weeks' time.

Produced by Karpos Multimedia and co-sponsored by Globe, the two-day festival is scheduled to take place on March 7 and 8, 2020 at Filinvest City Event Grounds in Muntinlupa City.

Did you know that two artists backed out from Wanderland 2020?

Still, there are over 20 international acts coming to perform live for their Filipino fans.

Here's everything you need to know about Wanderland Music & Arts Festival 2020:

1. This year's theme is Sports and Athletics, so get your athleisure-inspired OOTDs ready for the festival!

FOALS is best known for its hits "My Number," "Mountain At My Gates," and "Inhaler," among many others. Meanwhile, "Slow Dancing In The Dark" and "YEAH RIGHT" are two of Joji's most streamed songs on Spotify.

According to the statement released by Wanderland, Sabrina could not perform "due to schedule/routing conflicts."

In her Instagram stories, Sabrina wrote a message that goes: "Asia, so sad to have to cancel my trip. Some of my best performances & memories stem from my visits to various parts in Asia last year so I'm so bummed out.

Meanwhile, Novo admitted that the coronavirus outbreak led to the cancellation of his performance.

His official statement goes: "I'm very sorry to announce that in light of recent events, I've had to postpone my shows in China, which means I'm no longer able to travel to the region and perform at Wanderland Music & Arts Festival in Manila."

Wanderland, however, will soon announce the new acts that will join this year's lineup.

Tickets are available on the Wanderland website. Ticket prices are exclusive of service charge.

Wanderland has partnered with hotels near the venue including Crimson Hotel, Vivere Hotel & Resort, The Bellevue Manila, Acacia Hotel, Azumi Boutique Hotel, and B Hotel Alabang.