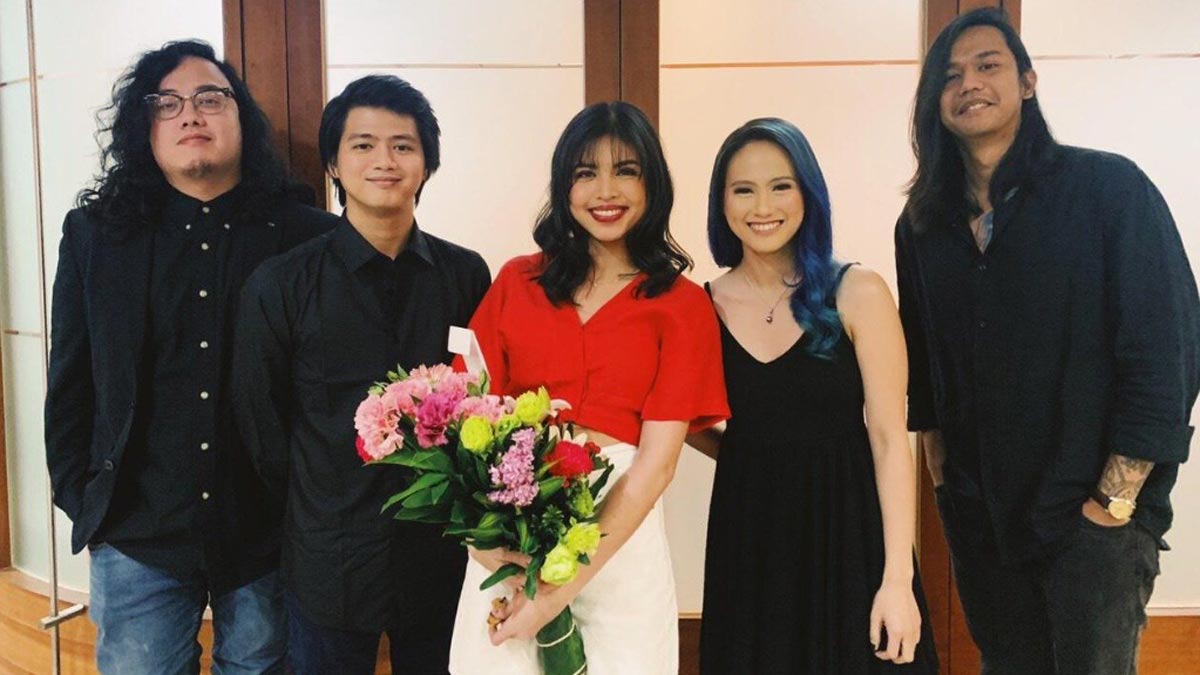 The girl-fronted Gracenote is behind the much-anticipated debut single of TV sensation Maine Mendoza.

It’s a big follow-up development for a band that just launched its latest album on February 29, 2020.

The group’s fortune was boosted as a result of their signing with Universal Records which for the first time allowed them to put out a bunch of songs under the care of a major label.

According to Universal Records managing director Kathleen Dy-Go, the band collaborated with Maine for her single “Parang Kailan Lang” set for release this month.

"The pre-order for the song has been at the top of the iTunes Philippines for Pre-Order Chart for one week. So, we’re even more excited to see the response once everyone hears the whole track,” said the Universal Records executive.

Go added, “Apart from the exciting new sound we’re introducing through Gracenote’s new album, we’re thrilled to have had the band collaborate with Maine for her debut single.”

The track was penned and produced by Gracenote vocalist Eunice Jorge who was eventually joined by the rest of the group, in Go’s words, “as they help usher in Maine’s much-awaited debut.”

Maine, who now serves as a co-host of Eat Bulaga, entered the music industry through her composition titled “Imagine You And Me.”

The song was used as the theme song of her and Alden Richards's 2016 romantic-comedy film with the same title.

Gracenote launched their third album Small World at Eton Centris in Quezon City in front of their multitude of fans. It was a special night the fact the group launched their previous one exactly four years back on a date that only comes in four years.

“It wasn’t planned as we had hoped to release the album two years ago. But somehow it worked out. We’re happy to see the fruition of our hard work,” said Eunice.

The album’s lead single is “Kalawakan” as there’s something distinctly spacey in the group’s sound. Their use of an alien icon with a V in the forehead suggests they have embraced out-of-this-world arrangements and musical twists.

Eunice explained, “V stands for vulnerability as our new sound is alienish to some extent, but the lyrics are very much human and expressing vulnerability.”

As for the album’s title, she explained, “Sobrang laki ng universe but music is here to connect people and it makes the world smaller, lalo na na may social media.”

The boys in the group—bass player and back-up vocalist Jazz Jorge, guitarist Tatsi Jamnague, and drummer EJ Pichay—chorused that the whole package is an emotional journey, with songs serving as destinations for any listener going at a certain point in life.