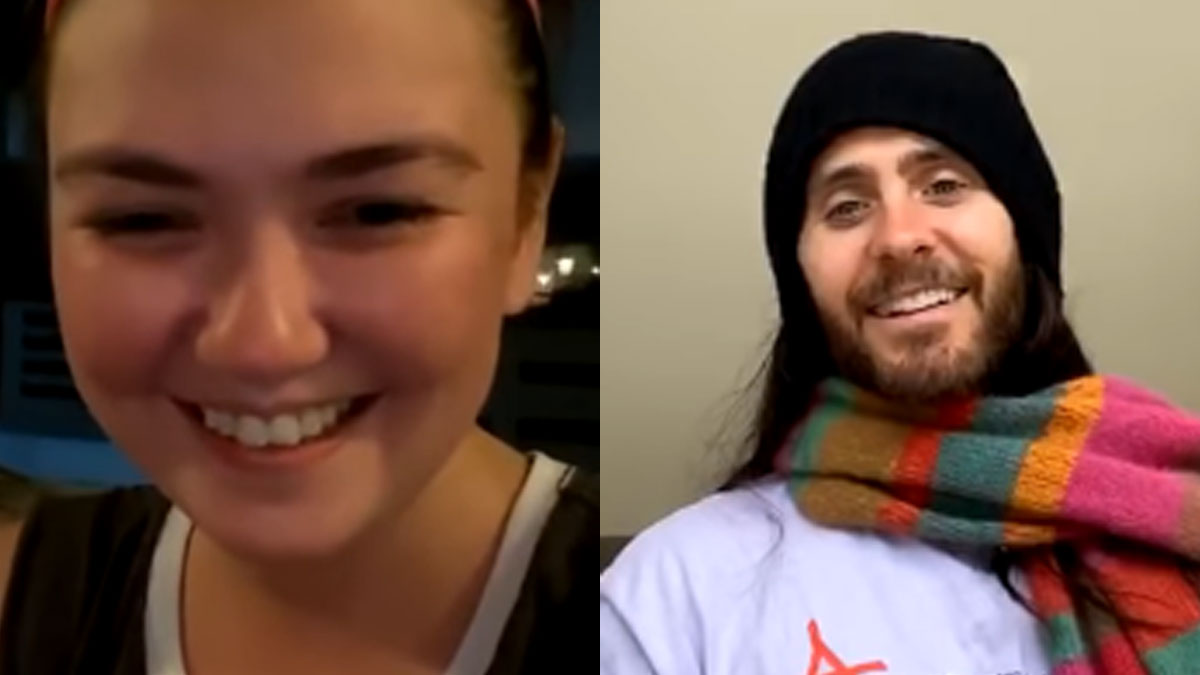 In a video call through Instagram on Wednesday, March 25, Hollywood actor and Thirty Seconds To Mars frontman Jared Leto tells Angelica Panganiban that she has an "interesting voice" and that her "accent is hard to place."
PHOTO/S: @jaredleto on Instagram

Jared was doing a live video for his followers on Instagram last Wednesday, March 25, and Angelica was among those he chatted with about the coronavirus disease 2019 (COVID-19).

He is best known for playing Joker in the 2016 Hollywood movie Suicide Squad.

After exchanging pleasantries, Angelica told Jared that she's under self-quarantine after a trip abroad.

She explained, "We are in self-quarantine because we traveled from Dubai. We shot a film in Dubai."

Angelica was filming for Star Cinema's upcoming movie Love or Money with co-star Coco Martin. This is their entry to the 2020 Metro Manila Summer Film Festival, which has been postponed due to the COVID-19 pandemic.

This detail prompted Jared to ask her, "Are you an actor?"

Jared then told Angelica, "Glad to hear you're safe and sound and at home and I hope everything is okay for you guys back there and, you know, I think with warm weather, it's gonna be good news for everyone in places like the Philippines soon, I hope. It's nice to see you."

Jared also observed that Angelica has an "interesting voice" and that her "accent is hard to place." Jared then asked her, "Did you go to school abroad?"

After hearing this from the 2014 Oscars winner, Angelica was left speechless and was only able to say, "It's amazing to talk to you. It's so surreal."

Jared then left a message for his Filipino fans.

He told Angelica, "Tell everybody in the Philippines that we love them, we miss them. It's been a long time since we played a concert there but we love the country and we'd love to come back.

Jared ended by saying, "And I hope everybody stays at home and be good and protect yourself and be safe."