ABS-CBN, GMA-7 stars join forces for unity song "We Heal As One" amid COVID-19 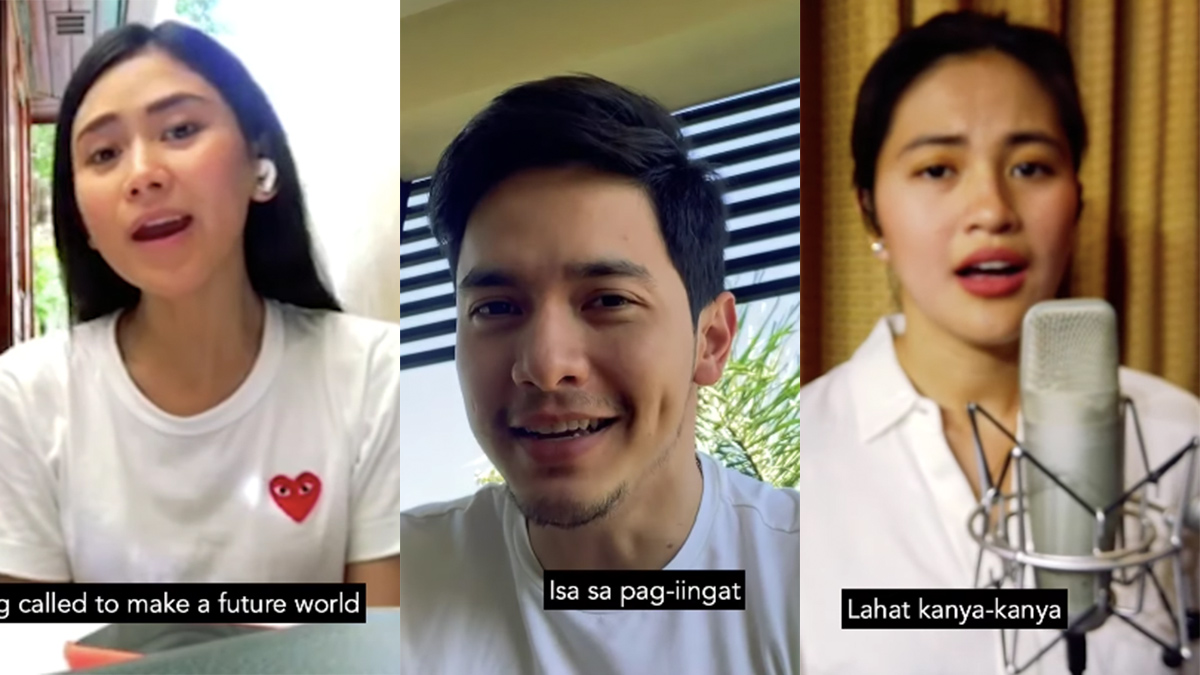 Sarah Geronimo, Alden Richards, and Julie Anne San Jose, who come from rival networks, lend their voices for the unity song "We Heal As One." This song aims to show our solidarity in the time of COVID-19.
PHOTO/S: Screengrab from We Heal As One

ABS-CBN and GMA-7 singers join forces to inspire and uplift Filipinos in the midst of the COVID-19 pandemic.

The song is titled "We Heal As One," an inspirational song produced by a community group, also called We Heal As One, which aims to inspire Filipinos to "come together and contribute in the fight against COVID-19."

The song is a revival of the 2019 SEA Games official theme song, "We Win As One," composed by National Artist for Music Ryan Cayabyab and written by playwright and director Floy Quintos.

A mix of Kapamilya and Kapuso stars are seen in the music video directed by Frank Lloyd Mamaril. It premiered on March 26, 2020.

The singers taped their portions from their homes.

The producers of the song are also the people behind the Philippine Southeast Asian Games (SEA Games) opening ceremony that was held in the Philippines in December 2019.

Here is the music video of "We Heal As One:"