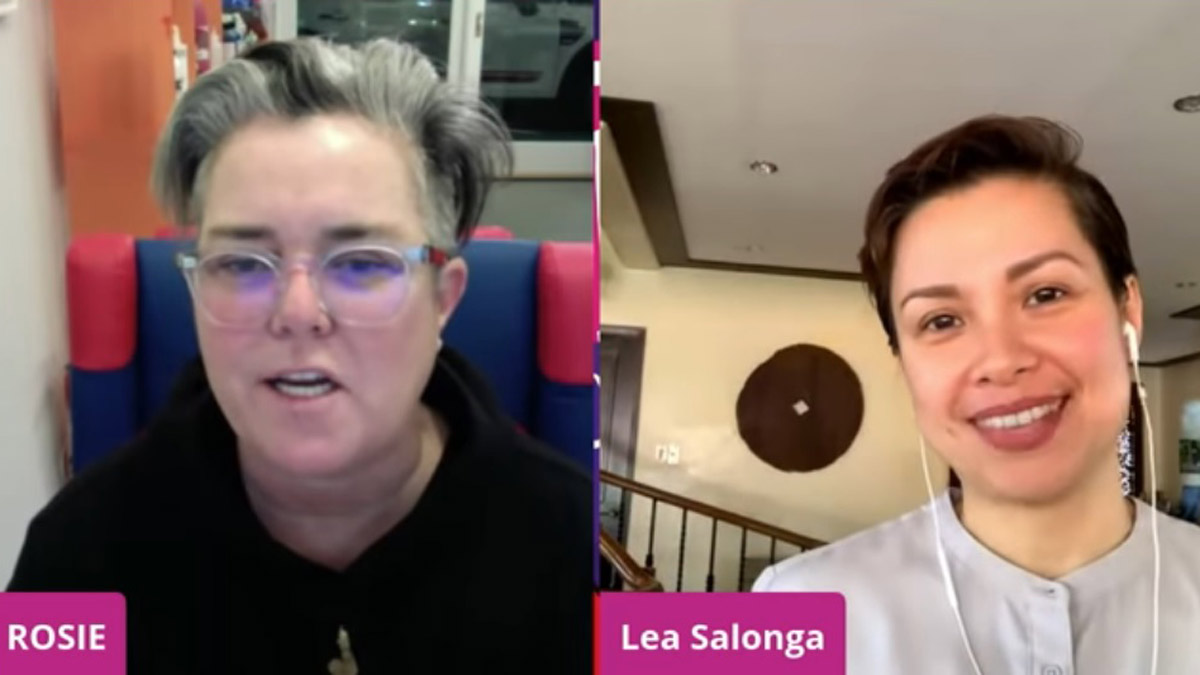 Filipina thespian Lea Salonga was one of the guests featured recently in an online edition of The Rosie O’Donnell Show.

The American comedian invited Lea to take part in her livestream for The Actors Fund, a charitable organization that helps provide for those in the theater industry.

Before performing, the award-winning Pinay Broadway superstar asked viewers of the YouTube livestream to donate to this cause.

"[This is] in celebration of the new live action film that was supposed to come out a few days ago," said Lea who served as the singing voice of the title character Mulan in 1998.

"Because of the coronavirus, I think their release has been pushed back... So I thought I would sing something from Mulan to celebrate today.

"Please donate to the Actors Fund... It's not just actors that benefit, it's people from the entertainment industry that are able to be beneficiaries of this fantastic organization.

"Please don't forget to donate even if it's just a dollar, or ten dollars. Once it adds up, it will make a huge difference."

This COVID-19 crisis reminded Lea, 49, of the time when the Broadway community also faced the scourge of Acquired Immunodeficiency Syndrome (AIDS) during the '90s.

“So many people were at the forefront of that battle. Now we’re in the midst of another one. And if the resilience of the Broadway community from back then carries on until now, then we’re going to beat this thing.

“I remember being in the Broadway company of Miss Saigon, and the AIDS crisis was kind of in its infancy,” recalled Lea who was 20 years old back then when she started playing Kim in Miss Saigon.

After her performance, O'Donnell praised Lea by saying: "Honey, you are so talented. I just love to see you perform--anytime, any place."

Among those who performed were David Foster who serenaded viewers with "Because You Loved Me," Gloria Estefan who inspired audiences with "There's Always Tomorrow," and Barry Manilow who performed a medley of his hit songs such as "Can't Smile Without You," "Copacabana" and "I Made It Through the Rain."

The online The Rosie O’Donnell Show helped raise over $600,000 (around P30.68 million) for workers affected by the COVID-19 pandemic.