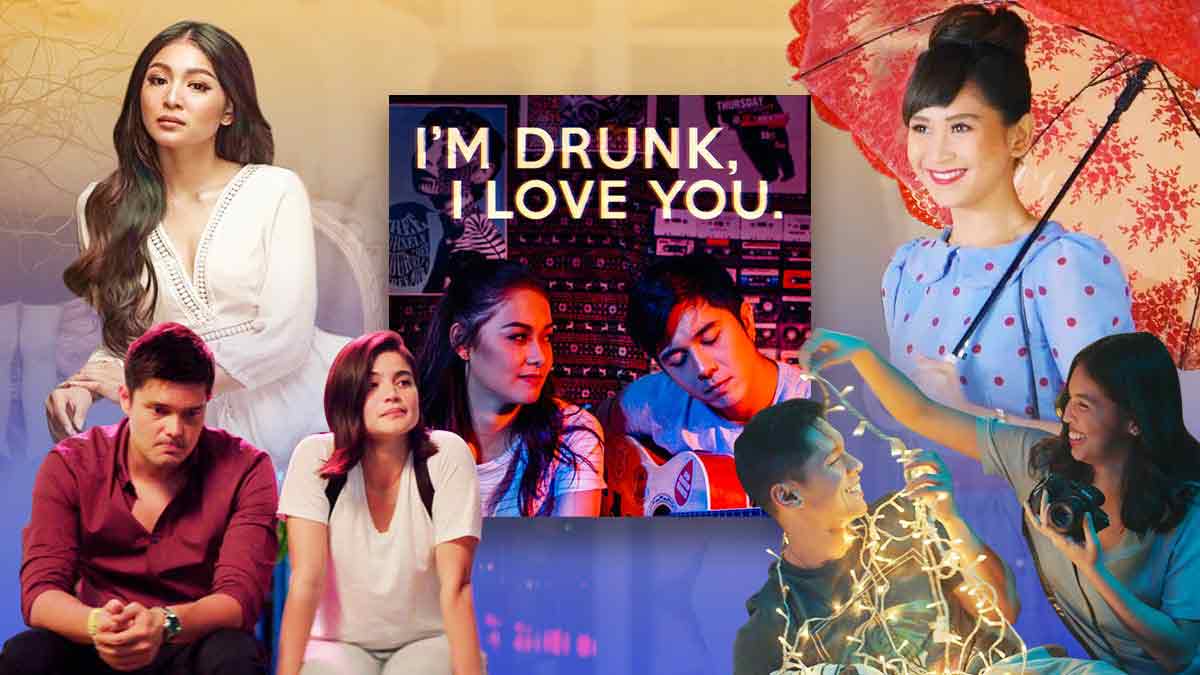 Pinoy movie soundtracks: a marriage of local music and cinema. These original songs from recent years successfully underscore the emotional beats of its films, making both the song and the movie memorable pieces.
ILLUSTRATION: Mixi Ignacio

Music has a big role in the full cinematic experience.

So much so that hearing a movie's theme song can immediately trigger emotions and memories from watching the film.

In the local music scene, a new wave of original music was featured in movies during the latter half of the 2010s, earning them a place in local pop culture.

Here are some of the memorable hits:

While most relationship stories begin with a couple's first encounter, this movie starts with how they broke apart.

Right at the beginning, the audience sees that Sam (Nicco Manalo) and Isa (Emmanuelle Vera) have a complicated relationship.

We meet the characters holding hands, walking through train stations, and standing close to each other in a tight embrace.

Later, the audience learns that Isa has someone else, and her relationship with Sam has been a secret all this time.

The film's theme song "Walang Hanggan" draws from Sam's frustration that his relationship with Isa was doomed from the start.

He was willing to fight for the relationship, but she had already resigned herself to their fate.

Songs by Moira dela Torre have been heavily featured in movie soundtracks these past few years.

Moira is a current staple to Filipino romance movies with singles like "Tagpuan" and "Ikaw at Ako" as theme songs for blockbusters like Kasal (2018) and Hello, Love, Goodbye (2019), respectively.

But the single that got the ball rolling for the Cornerstone artist was "Malaya" from the 2016 film Camp Sawi.

The song perfectly captures the pain of letting go.

"Burnout" is an original song by the band Sugarfree in 2003.

Ebe Dancel, the band's former frontman, rearranged the song years later, and co-produced it with his fellow musicians, Johnoy Danao and Bullet Dumas.

The rearranged version became part of the soundtrack of the 2017 film I'm Drunk I Love You.

In the film, college student Carson (Maja Salvador) has been in love with her best friend Dio (Paulo Avelino) for seven years.

On their graduating year, Carson faces the inevitable question of whether she should let Dio know her feelings or simply keep it to herself until the end of time.

"Burnout" echoes Carson's feelings, as it sings of how unrequited love can be so intense that it cannot be ignored.

Whether unrequited love blooms to a mutual romance or withers in silent heartbreak over time, it is a love that lingers no matter how long it has been.

This song has two versions in the film's soundtrack, but the original version by Itchyworms makes quite an impact.

"Di Na Muli" was written by Jazz Nicolas and Wally Acolala for the fifth Philpop Music Festival in 2016.

It won the grand prize in the songwriting contest.

Two years later, the song gained new life when it was included in the soundtrack of Sid & Aya: Not a Love Story (2018).

This film follows the story of a stockbroker named Sid (Dingdong Dantes), who suffers from insomnia.

When he isn't in his apartment, Sid passes time in a neighborhood cafe.

Here, he meets Aya (Anne Curtis), one of the cafe's staff members.

They form a connection, which begins over a cigarette break.

This gives him the idea to ask Aya to accompany him through the night in exchange for extra cash.

It is a strange premise to engage with someone, but it reflects how Sid will do anything to combat his loneliness.

"Di Na Muli" sings about how time is beyond one's control.

People come and go, and no matter how much of an impact a person has on another, there is no guarantee that this person will be in one's life forever.

It follows a senior citizen named Fely (Nova Villa) who finds out that she has become a burden to her family.

While contemplating on this truth, Fely stumbles across a photo studio and decides to have her photograph taken.

Little does she know, the photo studio has a magical camera that brings a person back to her younger self.

At first, Fely is shocked to find herself young again.

But she later realizes that she has another chance at life.

She then becomes Odrey (Sarah Geronimo) and finds herself fulfilling her lifelong dream of becoming a singer.

Odrey sings as lead for the band Malabaños, which happens to be the band of her grandson Jeboy (James Reid).

Anyone who has seen the film may remember the song as one of the most emotional moments in the movie.

Without any spoilers, the song is the perfect anthem for Fely as it speaks about her unconditional love as a mother and grandmother.

It also speaks of how love makes life worth living, which makes living harder for people to let go of.

Sung by UDD lead vocalist Armi Millare, the song is more than just the longing of a love that has passed.

It also echoes the story of Tin (Liza Soberano), who had high hopes for herself in college.

A promising honor student, her dreams for success came to a halt after getting involved in an incident during her internship.

This deflated her self-esteem and took a toll on her relationship with college sweetheart, Raf (Enrique Gil).

Tin is still dwelling in her past, while Raf has moved forward with his personal dreams.

The song also perfectly captures the otherworldly ambiance of the film Ulan.

Ulan is the story of Maya (Nadine Lustre), a young woman who is on a personal journey to rediscover her inner self.

A childhood memory about a pair of tikbalang under the rain replays in her head. This sets up the film's dive into magic realism.

The song echoes Maya's introspection, reflecting the depth of the journey.

Isa Pa With Feelings is about neighbors Mara (Maine Mendoza) and Gali (Carlo Aquino) who find solace in each other's company.

They grow fond of each other, which scares Gali.

Gali is deaf. From experience, he knows that loving a hearing person is more difficult than it seems and is often one-sided.

Mara, who cares deeply for Gali, has yet to figure out the difficulties of loving someone with a hearing impairment.

But she isn't intimidated by the challenge.

"Sino," which is played during the film's climactic dance number, is more of Gali's song than it is Mara's.

Without any hearing, he feels alienated from the world around him and struggles with isolation.

Gali doesn't want to see his disability as an obstacle to loving someone.

Just like Moira dela Torre, the band Ben&Ben has become a staple in modern Filipino films.

Their most-awarded single "Maybe The Night" became the soundtrack for the 2018 film Exes Baggage, which reunited Angelica Panganiban and Carlo Aquino.

Then in 2019, their songs told the story of the romance film LSS (Last Song Syndrome).

Zack dreams of meeting his father one day and building a relationship with him, while Sarah aspires to be a musician and help her brother graduate from school.

They have a chance encounter while in transit and discover their shared love for Ben&Ben.

More than a story about young romance, the movie is about finding and choosing the kind of people one wants to keep in life.

It adds a new twist to the old adage that "love is a choice," and Ben&Ben's "Araw-Araw" stems from this.