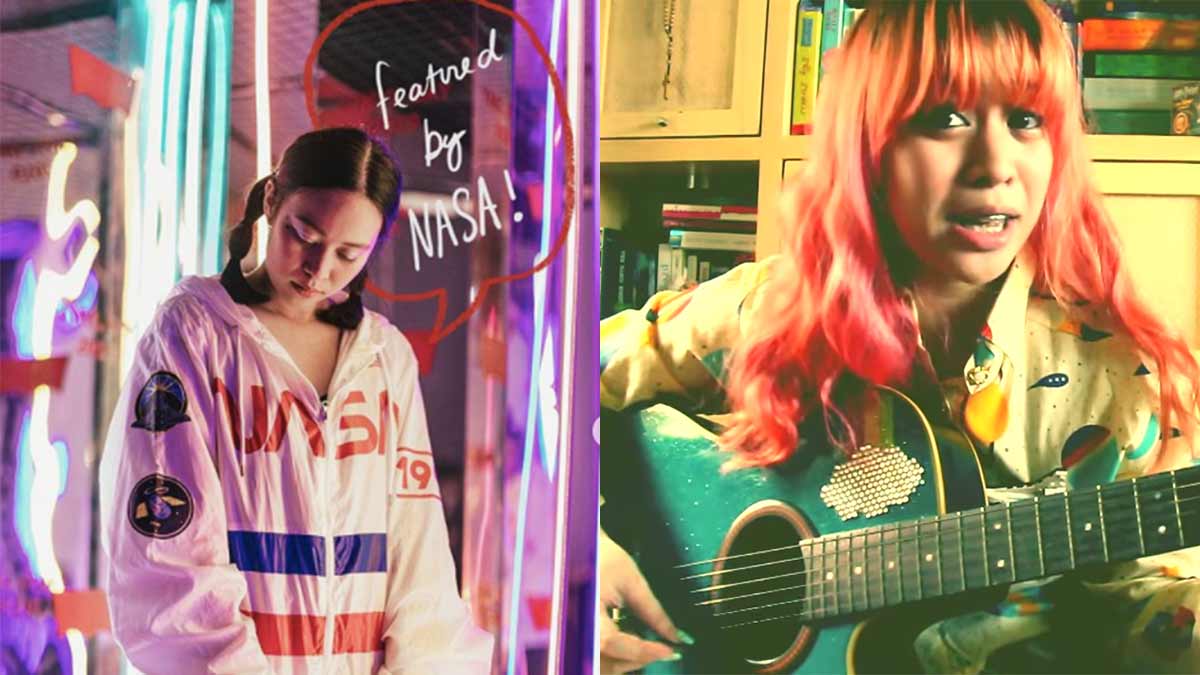 Singer Reese Lansangan is featured in #LaunchAmerica, the latest online campaign of the National Aeronautics and Space Administration (NASA).

Her song "A Song About Space" is the theme song for the 57-second video, which also features clips of her original video recording from 2013.

NASA's #LaunchAmerica campaign is a show of support for astronauts Bob Behnken and Doug Harley, who are set to fly SpaceX’s Crew Dragon spacecraft on May 27, 2020.

She wrote, "When a song you wrote about space & exploration 7 years ago makes it to @NASA ...

"Here’s to endless discovery Wine glass (& the hope that my music makes it to the ISS too!)"

She wrote in her video's description, "So I wrote a little song about space because I love space (who doesn't) and I have so much feels for it that it can't be summed up in this one song. I want a sequel! Or two or three!"

On May 19, Reese revealed on Instagram how NASA got her video for their campaign.

According to the singer, NASA sent her a message, and asked her permission to use it for a campaign's promo video.

She wrote (published as is), "My face got a one-second feature on @NASA’s official Youtube channel, no big deal ..

"One day over lunch, I got a DM from NASA (yep, the one with 57M followers...) and I almost choked on my water. NASA sliding into my DMs, now there’s something I never thought I’d see! They said they loved my super old and embarrassing “A Song About Space” video from my channel and asked if they could possibly use it for a promo vid.

"Nothing was set in stone so after I got over the immediate shock of the NASA DM, I just silently hoped for the best. Then I got an email back with the video link, and in my pride I took all the screencaps!"

Reese said in her caption that in the past, she had thought of taking down the YouTube video.

"I always get teased for that old Space video of mine because 1) I still had braces & 2) I lisped (lithped) - but each time I thought about taking it down, I couldn’t bring myself to. I figured it’s part of my history & it’s fun to make fun of yourself every now and then! Little did I know, it would be the video that NASA would notice and end up watching... it just blows my mind!

"I guess there’s a lesson in there somewhere - to honor yourself always - your lovable, bewildering, sometimes even embarrassing self! So from the bottom of NENE REESE’s heart - a sincere thank you to the universe for this tiny, tiny victory. (ALSO click link in bio to watch a redheaded Reese lisping in song)."

Reese was discovered through the Elements National Music Camp in 2013, and was mentored by Ryan Cayabyab, Joey Ayala, and Noel Cabangon.

In December 2015, Reese released an album called Arigato, Internet!, which included "A Song About Space" and "Exploration No. 5" in the track list.

In 2018, Reese performed as the front act for the American pop-rock band Paramore during the Manila leg of Tour Four.