One Direction pop-up store to open in the Philippines 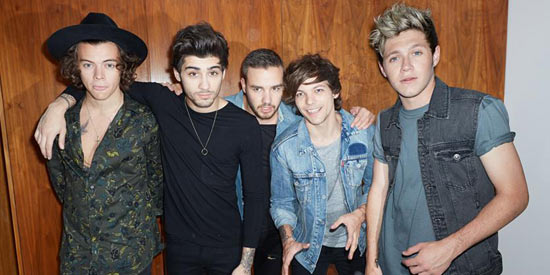 British boy band One Direction will hold its On The Road Again concert at the SM Mall of Asia Concert Grounds from March 21-22, 2015.

Just in time for the most awaited two-night concert in 2015, Music Management International (MMI) Live unveils the Philippine debut of the 1D WORLD pop-up store at the 5th Level, Mega Fashion Hall of the SM Megamall on December 20, 2014.

Originally, opening of 1D World store was scheduled on December 16 but due to persistent 1D Filipino fans request to open on a weekend, unveiling will happen on December 20 (Saturday) from 11 am onwards.

The 1D World pop-up stores have opened in cities all over the world, offering everything fans of Louis, Niall, Liam, Zayn and Harry could ever want. The store will carry all kinds of imported One Direction merchandise and even life-size cardboard stand-ups of all band members and other exciting exclusive products.

The original 1D World debuted in Australia, with thousands of young fans lining up hours in advance, chanting and singing their favorite One Direction tunes. The Philippine store will open after the sensational success internationally in London, Barcelona, New York and Toronto, among others.

One Direction has reached international boy band acclaim—selling more than 12 million records and consistently maintaining a spot in the Billboard Top 100, with songs such as “Live While We’re Young” and “What Makes You Beautiful.”

One Direction—composed of Harry Styles, Liam Payne, Zayn Malik, Louis Tomlinson and Niall Horan—was recently awarded at the 2014 American Music Awards as Artist of the Year and Favorite Band/Group/Duo.

The British boy band is slated to hold its On The Road Again concert at the SM Mall of Asia Concert Grounds from March 21-22, 2015.

Limited number of tickets to the One Direction second night performance, March 22, at the Mall of Asia Concert Grounds, are still available. Visit #MMILive or for more ticket information, please visit SM Tickets www.smtickets.com, or call Tel. No. (+632) 470-2222.