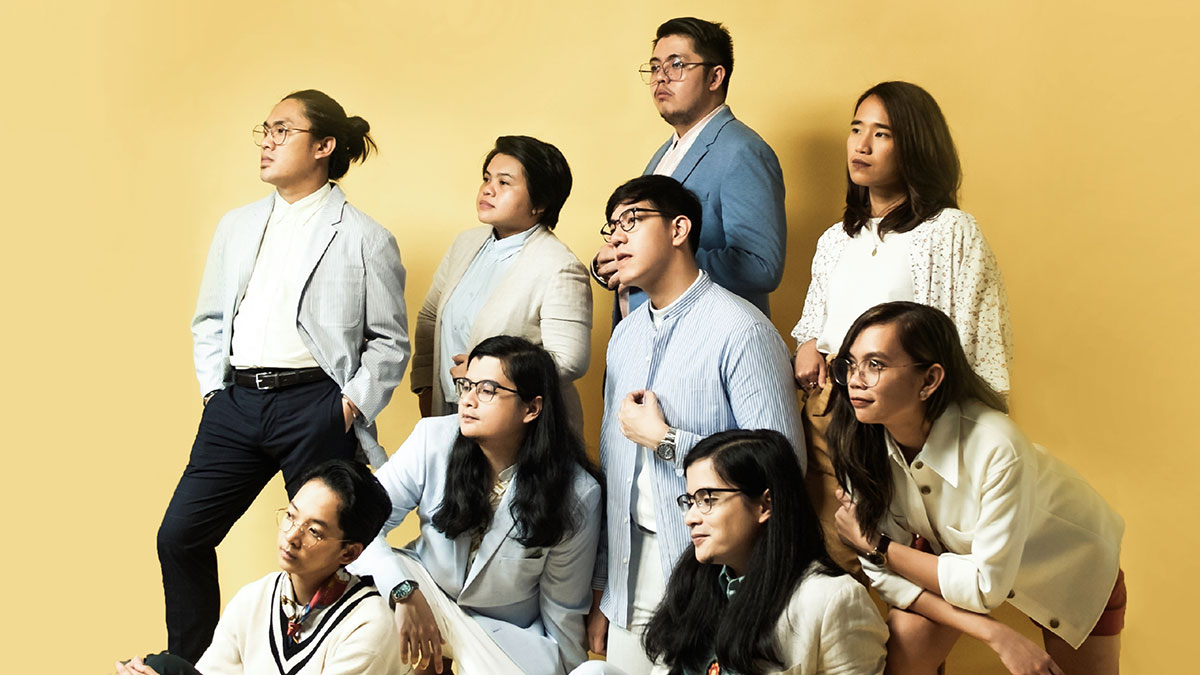 Ben&Ben's new song "Lifetime" was inspired by a fan who fell in love with her best friend, but was afraid to confess her feelings.
PHOTO/S: Courtesy of Gabi Na Naman Productions

Ben&Ben's latest single "Lifetime" is the perfect anthem for The One That Got Away.

The song was written by brothers Paolo and Miguel Guico, the band's acoustic guitarists and vocalists, after being inspired by a fan's comment in the comments section of one of their YouTube videos.

The fan, who hid under the alias "Anne Jou," talked about how she fell in love with her best friend, but decided to keep her feelings a secret.

Her best friend eventually married someone else.

Published as is, Anne Jou's comment read: "I had a bestfriend in highschool whom I liked but I never told him because I was scared of losing our friendship and also him himself.

"So instead of telling him what I actually felt, I hid and buried my feelings.

"And you know what happens to feelings that are buried? They grow.

"The like I felt for him became love. I wrote poems, songs.

"After 8 years, I attended his wedding [last] January. And guess what?

"The world is really overly-cruel. Before his wedding, he thanked me for being his best friend and told me that before he met the girl he got married to, he loved me first.

"For 5 years. But he was also scared of losing me so he just decided to keep it.

"I was shocked and I slightly had anger towards the world.

"We didn't know that if only one of us dared to make a move, a lifetime was waiting for us.

"So people, while you can, please express how you really feel so that in the end you won't regret anything."

In a digital press conference last June 1, Miguel said they haven't reached out to the fan yet, but, he said, "Iyong person na iyon, nakita niya iyong post namin about it... Excited din siya na marinig iyong song and we hope she likes it."

Give the ongoing quarantine, it was quite a challenge producing their new single in less than a month.

Paolo told the press, "That night, we really just got super inspired and then, over the next couple of days, we produced it with the whole band.

"We basically arranged the instruments and everything. Everything, online."

They also had to make do with the equipment available at home.

"Big blessing for most of us na a lot of us are already doing some kind of music prior to all of this. A lot of us already have equipment for recording basic stuff lang sa home studio namin."

Paolo recalled, "We got our producer friend who worked with us since 'Kathang Isip' days, si JP Verona, to help us with recording since it was our first time.

"Kumbaga, everything na we did DIY talaga siya sobra. We needed help how to set up the microphones, how to configure the stuff so ayun."

With regard to exchanging and documenting their ideas, the got some help from apps.

"And once we found the right platform where we could do that, everything became so much easier and a lot more intuitive."

The app Bandlab made it easy for the band members to collaborate with one another in the comforts of their own homes.

"'Tapos when we were gonna record it na, we also recorded everything from home, 100% na magkakahiwalay."

The band was also able to work with Grammy winner Leon Zervos, who has also mastered songs for international acts such as P!nk, Rihanna, Maroon 5, Beastie Boys, and Willie Nelson.

At press time, it has been streamed for over 2.4 million times on their YouTube channel.

Listen to their new song below: