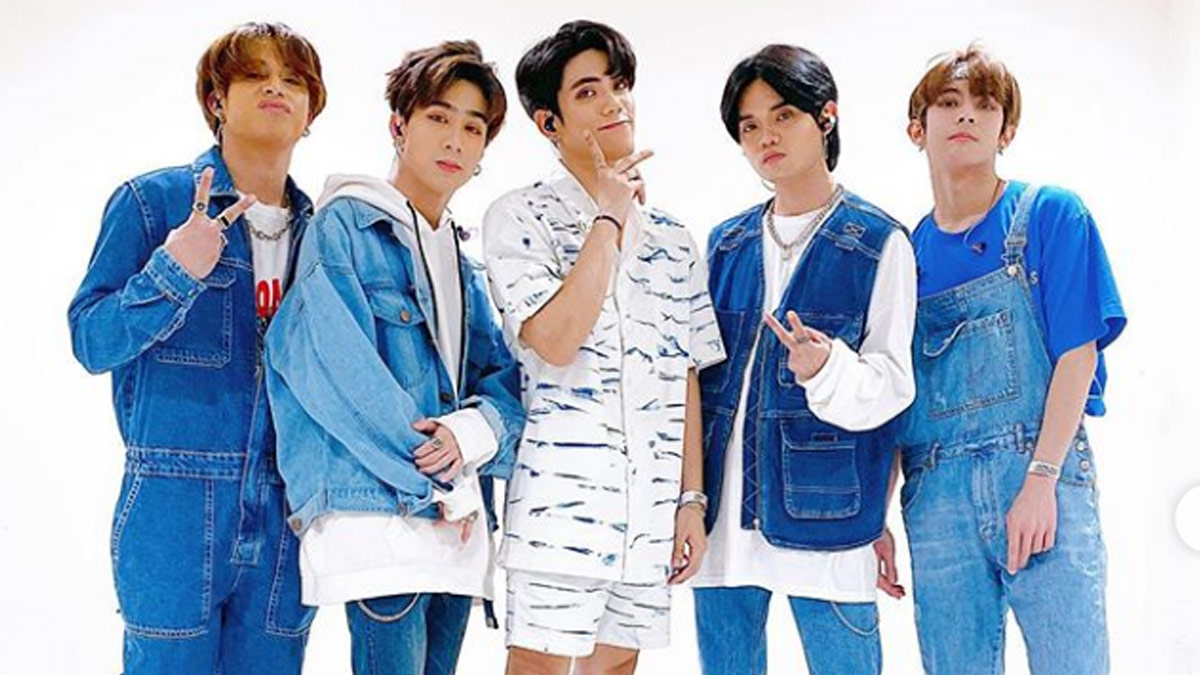 Filipino boy group SB19—composed of (L-R) Ken, Josh, Stell, Sejun, and Justin—is scheduled to release their debut album titled Get In The Zone this Friday, July 31.
PHOTO/S: @sb19official on Instagram

The five-member idol group—composed of Sejun, Justin, Josh, Ken, and Stell—is scheduled to have a digital release of its debut album titled Get In The Zone this Friday, July 31.

SB19 initially planned to launch the album in March 2020 but the release date had been postponed because of the COVID-19 pandemic.

In an interview with CNN Philippines, the group's leader Sejun said the songs in their debut album perfectly summarize their journey in the music scene. Sejun wrote almost all of SB19's songs.

He said, "Ito po kasing album na ito is about the journey of SB19.

Their debut single "Tilaluha," which was released one year and nine months ago, along with "Go Up" and "ALAB (Burning)" are part of this nine-track album also includes their hit songs

Fans are already familiar with these unreleased songs since SB19 has been performing them at their shows.

Members of their fan club called A'TIN can also expect an EDM version of "Love Goes" and instrumental versions of "Tilaluha" and "Hanggang Sa Huli."

In May, SB19 released an inspirational song titled "Ikako," which was dedicated to "all the brave frontliners who risk their lives every day to combat this pandemic."

The song, however, is not included in the album.

With the album's release this Friday, could music videos be far behind?

SB19 members hints at this by including it in their teasers but with a question mark.

ShowBT Philippines' CEO Robin Geong previously said in an interview that they are planning to release music videos for "Love Goes" and "Hanggang Sa Huli."

Fans were thrilled by this announcement since it came after SB19 climbed to the Top 3 of the Billboard Social 50 chart, just behind K-Pop giants BTS and EXO.

This is the band's highest ranking on the chart so far.

This week, SB19 maintained its Top 10 finish on the Billboard Social 50 chart.

Last July 28, Tuesday, the group landed on the 8th spot after Kanye West, One Direction, and BTS.