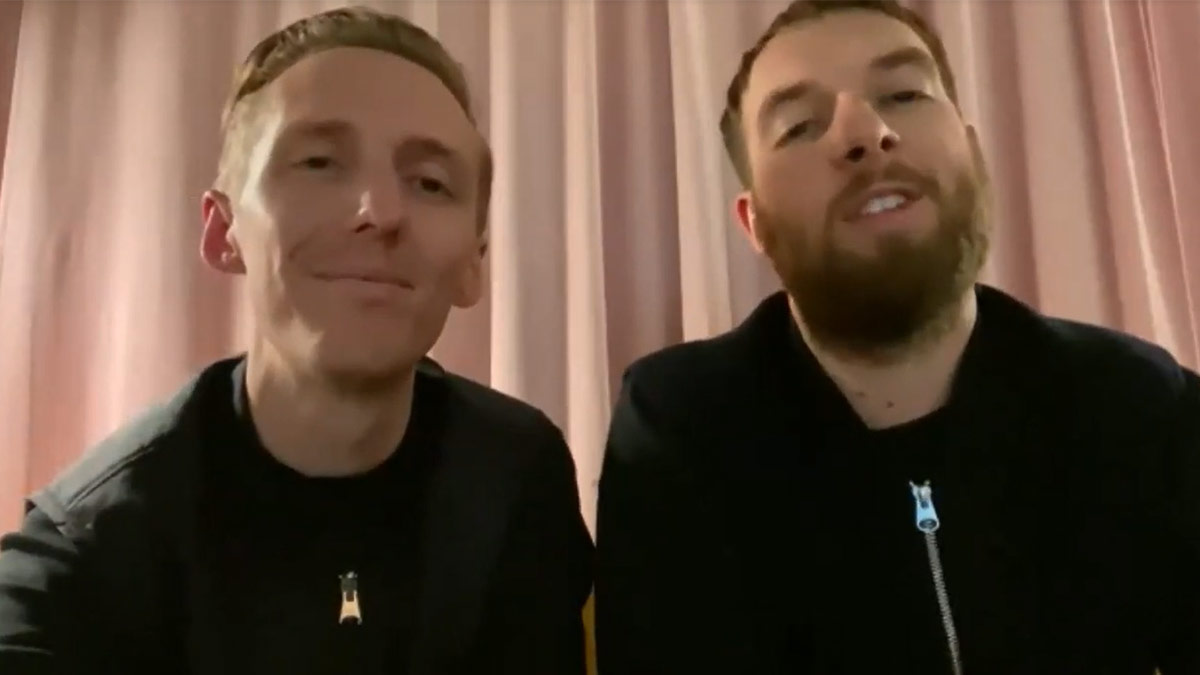 English electronic duo Honne composed of James Hatcher and Andy Clutterbuck are scheduled to perform at the first-ever digital edition of Wanderland Music and Arts Festival online, which will happen this Saturday, October 24, 2020.
PHOTO/S: PR Photo

Music festivals and concerts where people gather are among the events that have been banned amid the COVID-19 pandemic.

One such event is the home court-themed 8th edition of Wanderland Music and Arts Festival, which Karpos Multimedia and Globe Telecom will stream via Globe Virtual Hangouts this Saturday, October 24, from 4 p.m. to 9:05 p.m.

Globe Virtual Hangouts is a new feature on the Globe One app that allows live music, fan meets, gaming tournaments, and youth summits.

The OPM indie rock band Rusty Machines will open the concert at 4 p.m.

Some of the songs the group has popularized are "Until," "What Went Wrong," and "Forget You."

The Arkansas-based duo called JOAN—composed of Alan Thomas and Steven Rutherford—are also returning to Wanderland this year and will start performing at 4:30 p.m.

Some of the indie-pop duo's songs are "Stop and stare, "Tokyo," "I Loved You First," "Love Somebody Like You," and "Take Me On."

The seven-member OPM rock band Lola Amour is scheduled to perform after JOAN at 5:20 p.m.

The band is known for their songs "Fools," "Maybe Maybe," and "Pwede Ba."

Micah Davis, popularly known by his stage name Masego, is also making a comeback on Wanderland stage, and will be performing from 5:50 p.m. to 6:60 p.m.

The 27-year-old Jamaican-American "TrapHouseJazz" artist is known for his songs "Tadow," "Lady Lady," and "Old Age," among many others.

Karpos also tapped Honne—composed of James Hatcher and Andy Clutterbuck—as one of their headliners for the concert.

The English electronic music duo has visited the Philippines four times and has gained a massive following throughout the years.

The band is expected to perform their hits "Location Unknown," "Day One," and "Warm on a Cold Night."

Thai soloist Phum Viphurit will close the show at 8:20 p.m.

The 24-year-old singer from Bangkok has been gaining international recognition with his neo-soul style of pop.

The event will be shown free exclusively to the telco's prepaid subscribers.