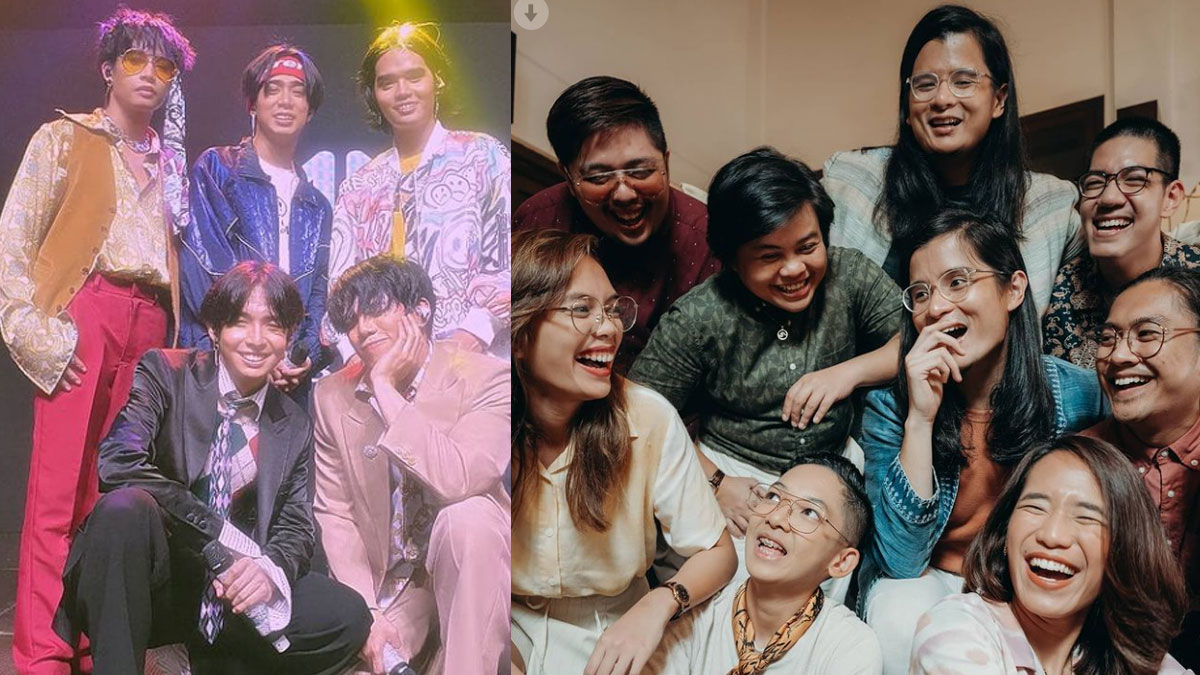 P-pop group SB19 (left) is on sixth spot of Billboard Top 50 Social Artists of 2020. Meanwhile, Ben&Ben (right) is the most-streamed artist in the country on music streaming app Spotify this 2020.
PHOTO/S: @officialsb19 / @benandbenmusic on Instagram

P-pop group SB19 and indie folk/folk-pop band Ben&Ben are among the OPM acts who reigned supreme in digital music charts this 2020.

K-pop powerhouse BTS remained on top of the Social 50 chart throughout the year.

Completing the top 10 acts on the list are K-pop groups Tomorrow x Together, Ateez, BLACKPINK, and American singer/songwriter Billie Eilish.

In an Instagram post that day, SB19—composed of Sejun, Justin, Ken, Stell, and Josh—thanked their A'Tins, their fans, for helping them achieve this milestone.

Part of their caption read, "Thank you for the recognition, @billboardcharts And of course, to our beloved A’TIN, thank you for all of the unimaginable plot twists in our life. Too grateful to have you. Stay amazing, guys! [blue heart emoji]"

Meanwhile, Ben&Ben emerged as the most-streamed artist in the country on music streaming app Spotify this 2020.

The 9-piece band bested some of the biggest artists in the world including BTS, Taylor Swift, Justin Bieber, and BLACKPINK on the music streaming app's annual "Wrapped" list released last Tuesday, December 1, 2020.

The full caption of their post read: "you don't get to # 1 without the hearts of people who lift you up and the stories that connect us all. thanks for making us the 2020 Top Streaming Artist in the Philippines, on Spotify. this is for all of us."