5 things to expect at The Script Live in Manila 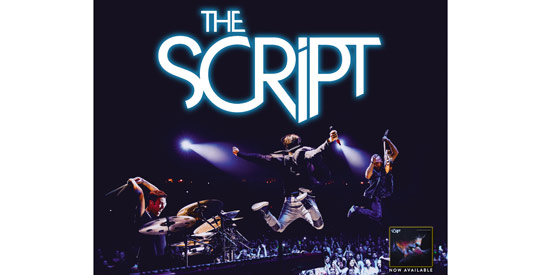 The Irish band composed of Danny O’Donoghue (vocals, piano), Mark Sheehan (vocals, guitar), Glen Power (vocals, drums) is about to set foot in Manila for the 3rd time. It just goes to show how much these three talented and passionate musicians love performing for Filipinos.

The Script at Mall of Asia Arena, Manila will be happening on April 17, 2015. If you haven’t been to a The Script concert and is going or planning to go this April, here are some of the awesome things to expect when you go see the Irish band perform on stage.

The Script has scored a huge amount of success globally--they have sold over 20 million records, with the first three having been multi-platinum throughout the world.

“Hall Of Fame,” the lead single from last album #3, was a worldwide No. 1 single with over 5 million sales, 133 million YouTube views, and over 100 million Spotify plays.

The Script has done especially well in the United States, where they have 5 Platinum singles and have sold over 1 million albums. Their #3 world tour spanned 11 months, and saw them play sold out arena shows in Europe, North America, Asia and Australia including 2 shows at London’s O2 Arena.

No Sound Without Silence, the band’s 4th album, with its impassioned, catchy and emotional songs, will keep them on the road, all over the place, for a good long while to come.

Tickets are on sale at www.smtickets.com or any SM Ticket Outlets. For inquiries, call Tel. No. 470-2222.