Incubus returns to Manila this March 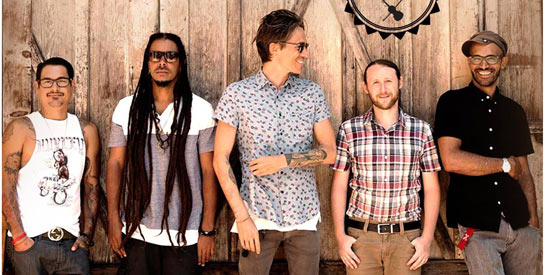 Incubus will perform on March 13, 2015 at the Mall of Asia Arena. The American rock band is behind the hits “Drive”, “Megalomaniac”, “Anna Molly”, and “Love Hurts”.

American band Incubus is set to rock Manila on March 13, 2015 at the Mall of Asia Arena. Ovation Productions ushers in the alternative, nu-metal rock band back to the Philippine shores this 2015. The concert, branded as Incubus LIVE in Manila, will also feature American violinist and dancer Lindsey Stirling.

Incubus is behind several No. 1 singles in the US Alternative Songs Chart, namely “Drive”, “Megalomaniac”, “Anna Molly”, and “Love Hurts”.

Incubus continues to be a versatile group—tapping a profusion of rock subgenres and adding them to their unique sound. Such include funk metal, alternative rock, hard rock, and nu-metal.

Their unforgettable hits include “Adolescents”, “Pardon Me”, “Nice To Know You”, “Talk Shows On Mute”, “Promises, Promises”, and “Black Heart Inertia.”

Frontman Brandon Boyd discloses that the band’s success “is not unlike other success stories. It has its peaks and valleys, its struggles, its triumphs, its highest highs and lowest lows.” He thinks that it’s the music they make and share, and not the bad parts of their unfolding story, that have kept the people intrigued for so long.

“I’d like to think it’s because we have struck chords with people at very specific times in their lives and that when they hear certain songs they are harkened back to the not so distant past wherein life changing events and turns in their own stories coincided with lyrics and rhythms. Sounds meandering into symmetry with an individual’s psyche like that rare moment when your body and your shadow line up on a wall,” Brandon points out.

The fans who have supported Incubusthrough their “stroll along a winding path through many landscapes and over much terrain” are immensely special to the band. For Brandon Boyd, the journey of Incubus has been a conversation that began in the ‘90s and continued until today. He reflected that it was the fans who have enabled them to push to where they are now and to keep moving forward.

Incubus LIVE in Manila is happening on March 13, 2015 at the Mall of Asia Arena.