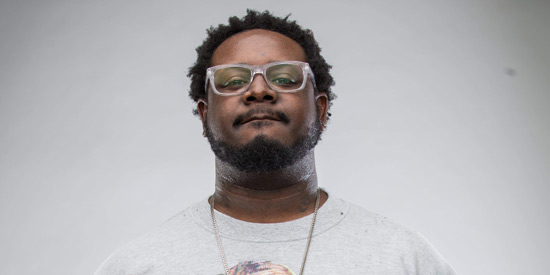 T-Pain, the singer behind “Drankin Patna,” will hold a concert at the Mall of Asia Arena on February 10, 2015.

It is going to be a fiesta of sort among the citizens of rap when world class rap musical artist T-Pain arrives in the Philippines for a pre-Valentine concert at the Mall of Asia Arena on February 10, 2015, at 8 p.m.

Dubbed the Drankin Patna Tour, this event offers the rare and unique opportunity to catch the superstar deliver an electrifying performance in a more up-close-and-personal setting while T-Pain plays a hit after hit, including his current radio-dominating hit single “Up-Down (Do This All Day)” and new follow- up single “Drankin Patna.”

T-Pain has established a name in the rap music industry, having had about 50 albums topping the music charts. His most successful, Low, has been since certified 6x Platinum.

With 60 hit songs under his belt and two Grammy trophies on his mantle, T-Pain has cemented himself as one of the most influential artists of all time. But even he needed a bit of time to himself to reload. After an eight year run of No. 1 hits, albums, tours and a plethora of cameo appearances, T-Pain found himself living a life full of exactly what his name implies.

T-Pain’s success provides great inspiration to many, having experienced a whole gamut of pains in his desire to leave Tallahassee, a city in Florida, to pursue his musical dreams.

But is not all roses for this great artist. He also had his share of lows and downs.

In 2011, upon releasing his album rEVOLVEr, the “Rappa Ternt Sanga” took an abrupt, but well-deserved, break from the spotlight. But it wasn’t to enjoy his spoils.

His non-stop lifestyle was beginning to take a toll on his personal life and it was beginning to affect his creativity. “I was becoming somebody that I didn’t like,” he says. “I was living an unhappy lifestyle and it started affecting my family. I was hurting and scaring a lot of people.”

In the fall of 2013, a rejuvenated T-Pain returned with one of his biggest hits to date, the DJ Mustard-produced single “Up Down (We Do This All Day)” featuring B.o.B. After returning to his familiar spot in the top ten of the charts for 28 straight weeks and counting, he is continuing the comeback in 2014 going with the club hit “Drankin Patna.”

T-Pain promises that he’s back to being the artist that he originally intended to be.“I want to be able to say that I put out an album that I believed in and that I liked,” he says.

T-Pain Live in Manila is produced by GMTV Manila of Jay Jaehwan Ko and Jackie Garcia.