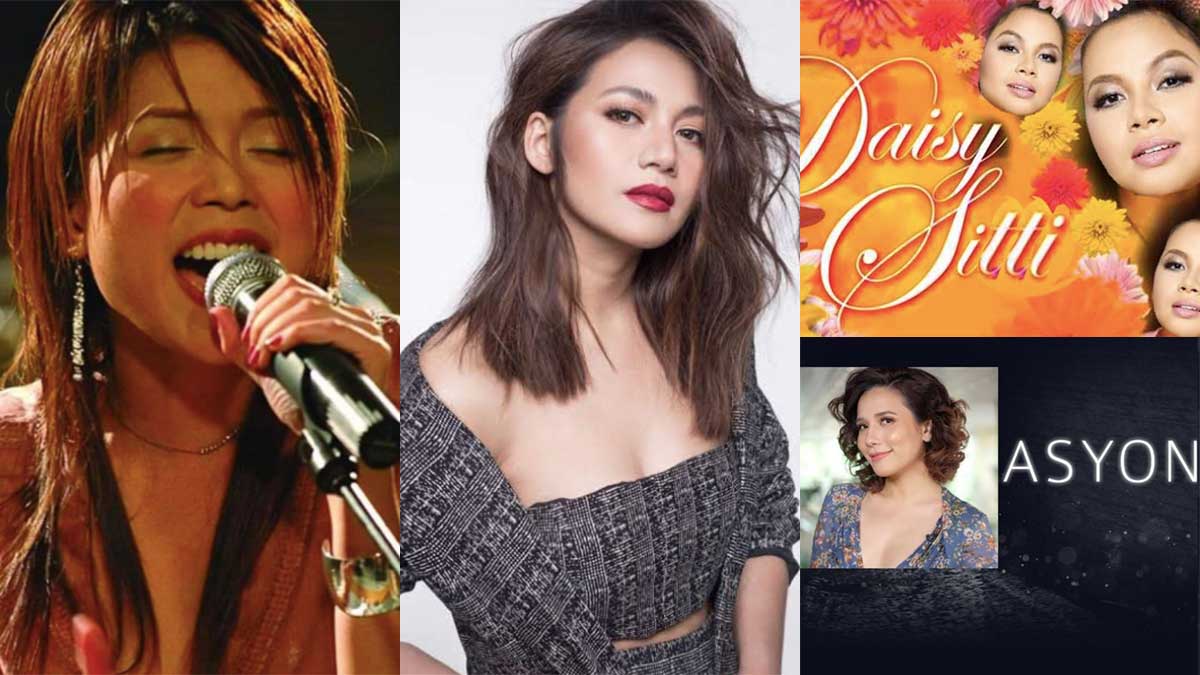 Netizens find another diversion from lockdown boredom: getting amusement from giving wrong answers to the game of guessing the last names of singers (L-R) Nina, Kyla, Sitti, and Karylle.
PHOTO/S: PR Photos / Twitter

Many famous people throughout history have mononymous names—Moses, Plato, Michaelangelo. So many. Does anyone know the full name of Björk, Rihanna, or Shakira?

The trend now among local showbiz fans is to guess the full names of one-named singers in the country.

It started after Nina—tagged the Soul Siren of the Philippines—recreated her iconic Nina Live! concert via Facebook Live on April 5, 2021.

While Nina’s fans raved about her performance, with the video of her online concert garnering 1.6 million views as of this writing, fun-loving netizens have started a thread of funny posts and tweets about Nina’s surname.

Netizens only tweet “wrong answers,” ranging from surnames of celebrities with first names rhyming with Nina to the titles of her albums.

For those not in the know, Nina’s full name is Marifil Nina Giraldo-Enriquez. She is married to Coy Enriquez.

Meanwhile, the play on Nina's surname has spawned funny guess-their-last-name threads and hilarious posts on other singers with one-word stage names, including Jaya, Kyla, Sitti, Karylle, and even Dulce!

Kyla, whose real name is Melanie Calumpad, responded to the thread starter of her surname game.

Insisting Kyla is her only name, she quipped her last name is “Lang,” her usual answer when asked for her full name.

But she had a good laugh over a post saying her surname is “Jenner,” in reference to American media personality and model Kylie Jenner.

Other netizens also posted their entries about Kyla’s username, mostly using the titles of her albums.

Kyla, who married to basketball player Rich Alvarez in 2014, has added Alvarez to her legal name.

In real life, Jaya is Maria Luisa Ramsey Kagahastian-Gotidoc. She got married to second husband Gary Gotidoc in 2006.

The singer-actress and It’s Showtime host Karylle is also on the list.

The daughter of singer Zsa Zsa Padilla and dentist Modesto Tatlonghari, has been using a one-word stage name since she started in showbiz in 2001.

However, there have been news stories that gave her full name Karylle Tatlonghari.

One netizen commented that Karylle was just imitating her mom who's been mostly known simply as “Zsa Zsa.”

A netizen called to mind GMA-7’s defunct drama anthology that starred Karylle and is currently being replayed on television.

To those curious about Bossa Nova singer Sitti’s last name, one netizen has claimed her name is already a surname—as in “Daisy Sitti,” in reference to GMA-7's long-running series Daisy Siete top-billed by the Sexbomb Girls.

And because Sitti rhymes with the word “city,” netizens have made a play on her name adding Philippine cities to it—Quezon Sitti, Makati Sitti, Cebu Sitti. She's everywhere!

Years later, her name would also be attributed to another title, this time to a TV series!