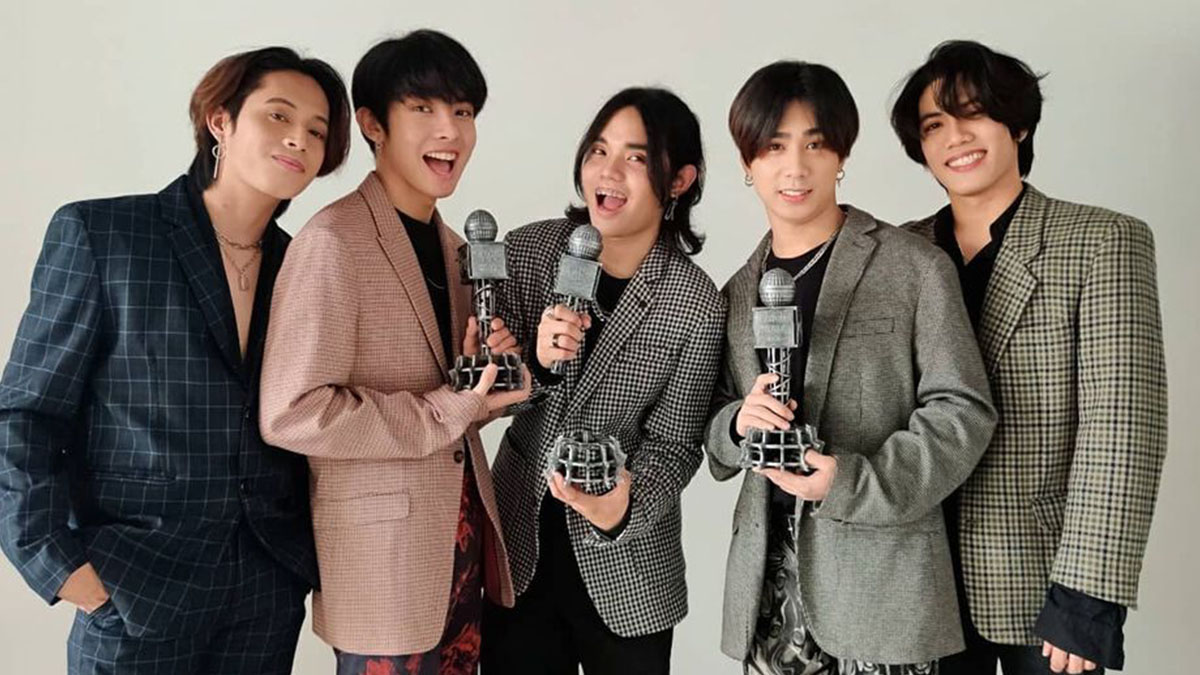 Boy band SB19 made history as the first OPM act and Southeast Asian group to be nominated in the prestigious Billboard Music Awards.

On Thursday, April 29, 2021, the five-member group—composed of Pablo, Ken, Stell, Josh, and Justin—was announced as one of the nominees for the Top Social Artist award, one of the three fan-voted categories of the awards show which also includes the Billboard chart achievement and top collaboration awards.

In a report by The Korea Herald in 2017, Billboard determines the winner for this category through "major fan interactions with music including streaming and social engagement, together with the global online voting results."

In a post on Twitter after the announcement of the nominees, the group expressed their gratitude for their fans' overwhelming support.

The full tweet read: "WE MADE IT, A'TIN! Party popper We are nominated for Top Social Artist of this year's Billboard Music Awards! We are so grateful for your love and support. We wouldn't have come this far without all of you. A'TIN 'TO! Iwawagayway ang WATAWAT! Flag of Philippines #SB19forBBMAs."

Meanwhile, Josh dedicated their new milestone to their fans and the whole OPM in an Instagram post Friday morning, April 30, 2021.

In the caption of his post, Josh wrote, "Who would have thought we would've come this far? Hindi na ito para sa grupo lang namin.

SB19 has become a mainstay at Billboard's Social 50 charts. The group even landed on the 6th spot of the U.S.-based publication's Top Social 50 Artists of 2020.

The 2021 Billboard Music Awards is scheduled to happen on May 23, 2021, (U.S. time) at the Microsoft Theater in Los Angeles, California.