"Kabahin" vlogger Benedict Cua grateful to have a shot at singing 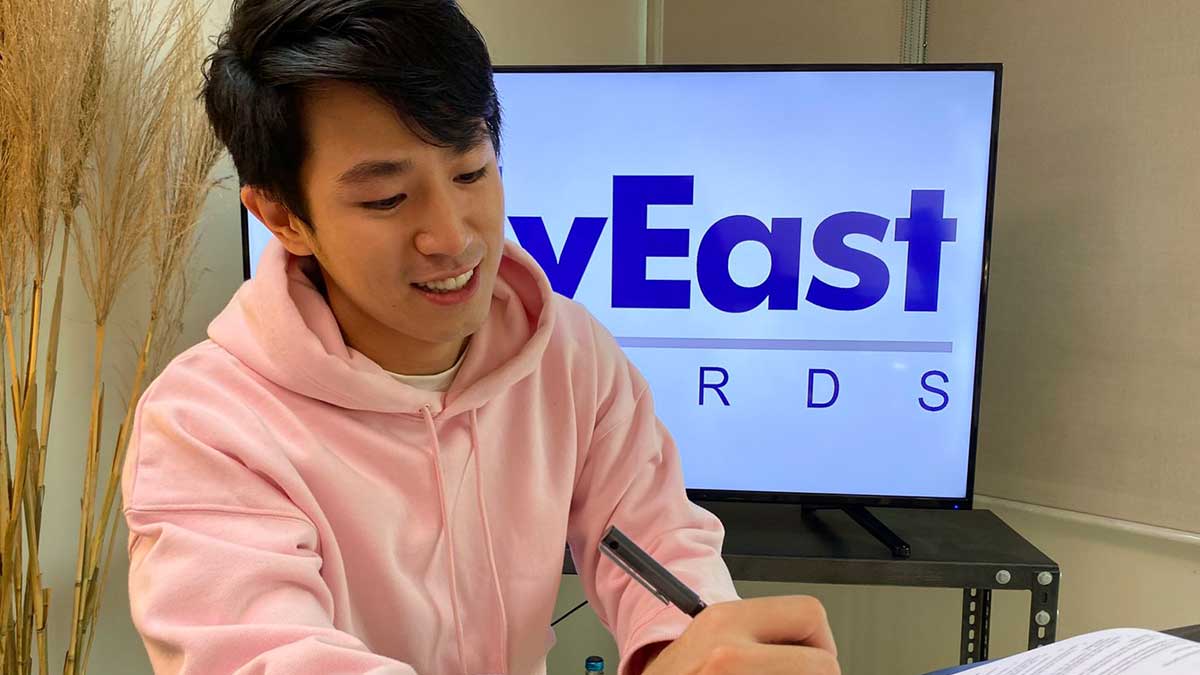 On April 30, 2021, vlogger-actor Benedict Cua talked about his new single "Something Beautiful" and said he will focus more on his music career this 2021.
PHOTO/S: Courtesy of PolyEast Records

Benedict Cua is back with a new song.

Following the successful release of his debut single "Di Namalayan" amid the pandemic, the content creator has released a new single titled "Something Beautiful."

Benedict is grateful to PolyEast Records for trusting and supporting him even if he does not have any formal training as a singer.

"It's like I build another family which I didn't expect. Initially, I wasn't really that confident with singing because parang ako lang iyong kumakanta mag-isa sa bahay and nobody really validates that or notices if okay or hindi.

"But then, si PolyEast talaga iyong naniwala na I can do something beautiful and tuluy-tuloy na nag-e-encourage for me to push my limits.

Benedict revealed that he was able to work on his new song inside a real recording studio, unlike his debut single which he recorded on his own.

The YouTube vlogger said, "I think the difference with the first single versus this single, mas I had more time to practice continuously.

"Kasi before parang we were... we have target deadlines. But now, mas ano siya, mas well-prepared siya.

"And for me, just continuously singing all the time can improve your vocal skills."

The newbie singer said he worked closely with musician/composer Izzeah, who wrote the lyrics of his new single that is about "all types of love."

"And you wouldn't realize na na iyong one more time na iyon can actually give you something more, something beautiful di ba? So doon, sobra po ako nakaka-relate.

Benedict has yet to write his own music, but he is looking forward to doing so in the future.

"When I did 'Something Beautiful,' doon ko narealize na iba pala ang feeling na kapag iyong kinakanta mo, something you can relate to.

"Your music... dapat mas personal siya. Mas masarap siya kantahin pag personal. Mas nararamdaman mo siya so I would really want to write my own music more in the future."

His latest single comes with a music video, which is a first for Benedict.

What was it like shooting a music video for the first time?

"And the people behind the camera are so amazing. Magagaling, magagaling po lahat.

"Sobrang saya, first time. Every time na tinitignan ko po iyong music video, iba iyong nararamdaman ko, and I feel like if I create more music videos in the future, itong first one pa din would be special for me."

Although Benedict entered the entertainment scene through the teleserye Anak Ni Waray vs. Anak Ni Biday, the vlogger-turned-actor said he intends to focus on his music career this year.

He explained, "Right now, we don't have anything yet for TV. So I'm just really trying to improve kung ano iyong ginagawa ko ngayon.

"For example, I am signed with PolyEast so I kinda want to... kasi parang ang track natin is ayokong mag-try nang mag-try ng madami.

"More on ibi-build ko iyong skills ko doon sa existing something that I'm trying now so I can be better at it.

"For this year, definitely, I would focus more on music and, of course, creating more content pa rin for the vlog."

Benedict added that he currently enjoys singing compared to acting. But "Something Beautiful" singer said he is not closing his doors to any possible acting projects.

"One at a time but I enjoy everything po. Like what I said po kanina, lahat naman po puwedeng dalhin sa digital whether it's acting or singing.

"It's all connected din naman po for me."

For now, Benedict is just grateful for all the opportunities that come his way.

"I'm at this point in my life where I'm just thankful with everything. Parang hindi na ako nagde-demand.

"Pag nagpe-pray ako, hindi na ako nagde-demand na, 'Sana ganito, sana ganyan...' I'm just really thankful with what I have right and gusto ko na lang sabihin sa lahat na no matter how small you think your milestone is, you can still create something out of it.

"So parang more on appreciation siya."