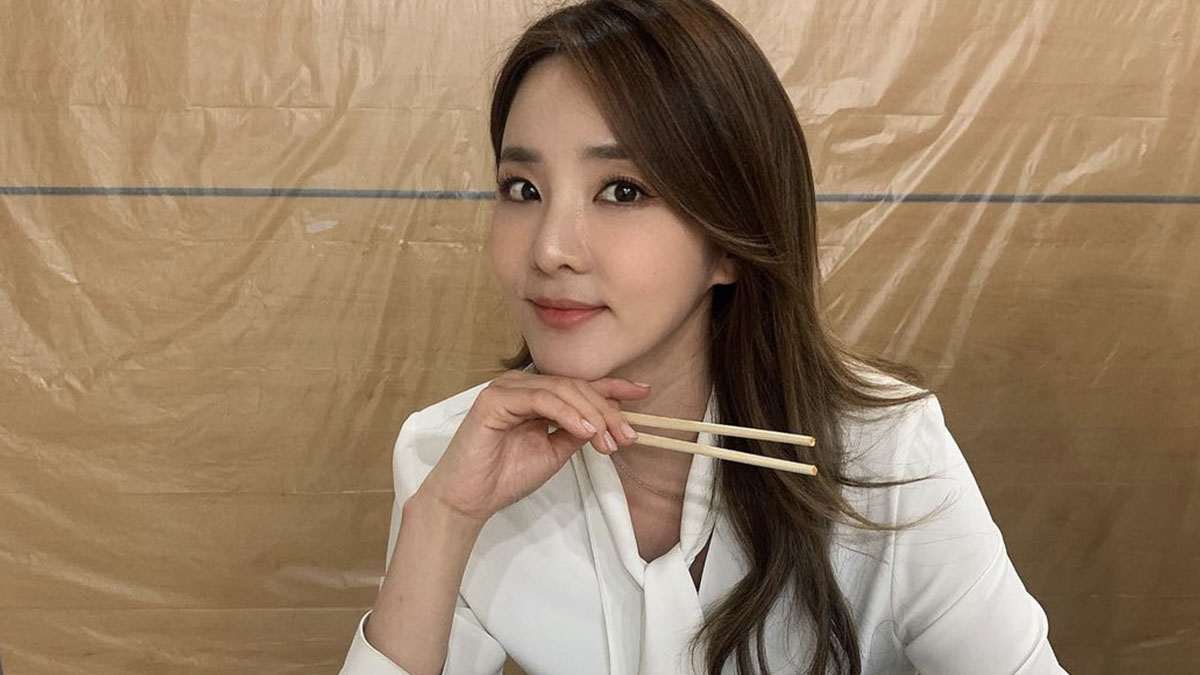 Former 2NE1 member Sandara Park writes a letter to her fans on Instagram explaining why she did not renew her contract with YG Entertainment after 17 years.
PHOTO/S: @daraxxi on Instagram

Former 2NE1 member Sandara Park has finally spoken about her departure from YG Entertainment, her talent agency in South Korea for 17 years.

On May 17, 2021, Sandara, also known as Dara, wrote a letter to her fans on Instagram to express her sentiments about parting ways with YG, saying it was one of the hardest decisions she had ever made in her life.

The 36-year-old South Korean superstar wrote, "It is with a very heavy heart that I leave YG, which has been my family, my caregiver, my home, my rock, and my everything since I came to Korea with no family or friends in 2004 to take on new challenges.

"I fell in love with the hip seniors here and grew along with the company for 17 years with the belief that I could become not only a colleague but also a real family member of the YG 'family.'

"Those years have been like a dream, filled with immeasurable memories and stage performances with my crew that blew people away."

Dara also looked back on her experience as a solo artist after 2NE1 officially disbanded in November 2016.

Dara wrote, "When 2NE1 broke up, it felt like everything was falling apart.

"Then for the next 5 years, I challenged myself in various genres with the mindset that I was starting all over again! Looking back, those 5 years became a great asset to me and gifted me with the positive image I have now." 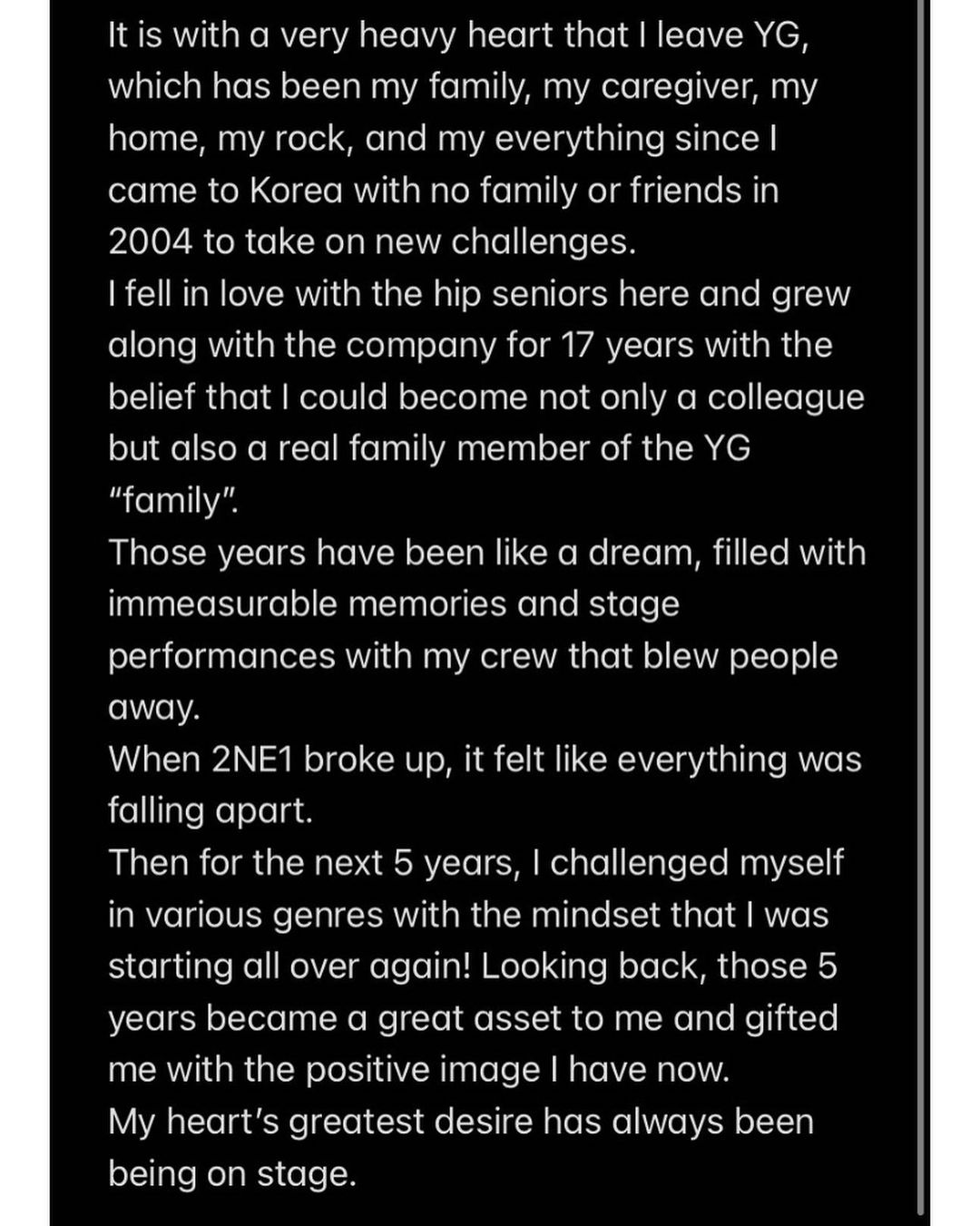 After 2NE1 disbanded, Dara explored other career paths as a TV host and theater actress.

However, she missed making music and performing on stage as she expressed in her post, "My heart's greatest desire has always been being on stage.

"Showing that part of me is my way of repaying the love and support of my Blackjacks who have shown me undying love and also the one unfaltering dream I've had since second grade.

"It is with excitement that I look ahead to the next act in my life which could be my biggest challenge yet as I leave my nest.

"My priorities are people, affection, and time spent together. Goodbyes are always the hardest to do but I take a deep breath and take a big step closer to my dream and the people who have stood by me, waiting for me to take that step."

Towards the end of her post, Dara commemorated the 12th anniversary of her former group whose other members—CL, Park Bom, and Minzy—have also left YG Entertainment.

Dara said she remains hopeful that they will reunite and create new music one day.

"Lastly, I send my love to my 2NE1 members who I miss madly and love dearly. I hope to keep seeing you pursue diverse activities and pray that we will be together as one in person or together in spirit someday. 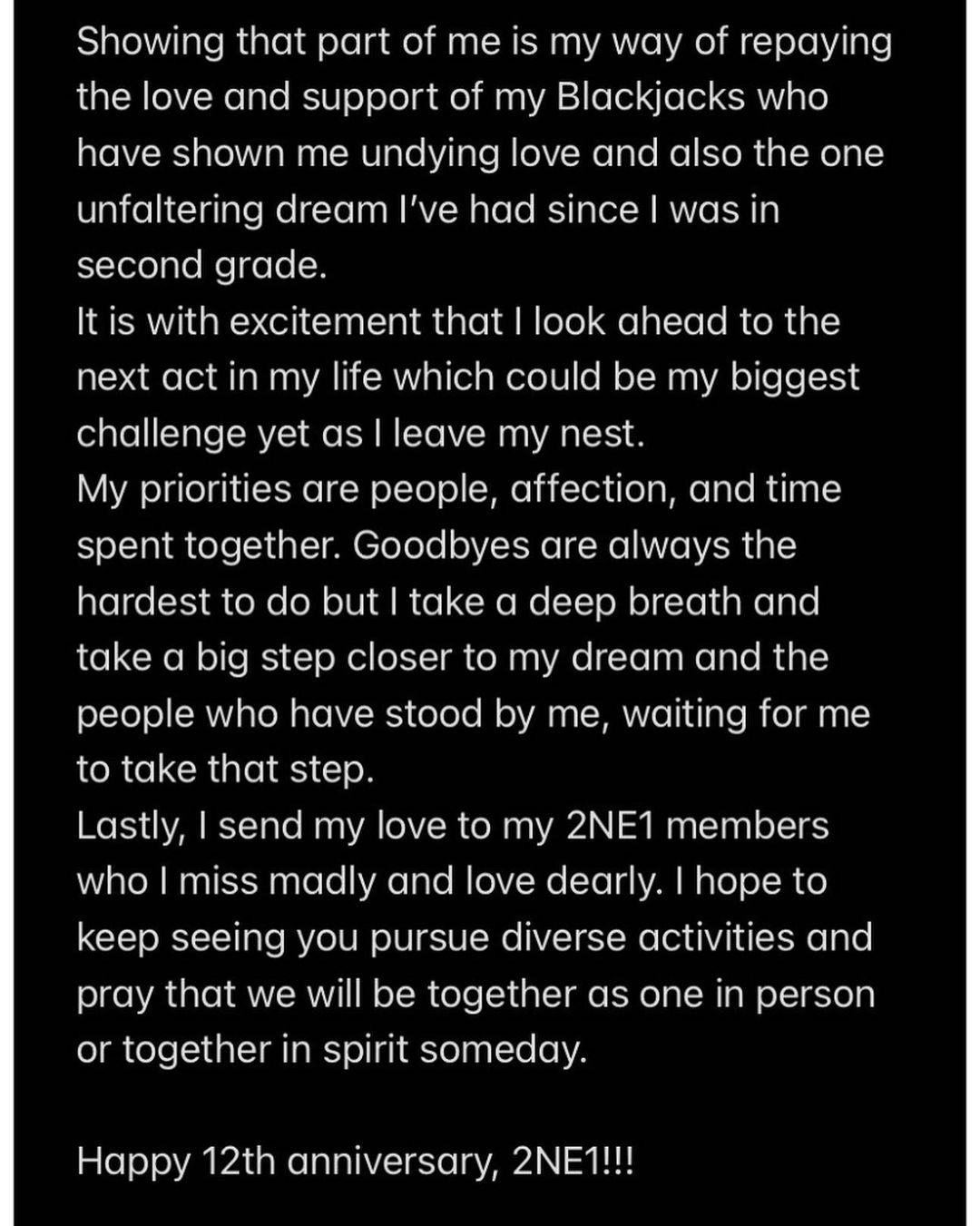 2NE1 became known for its chart-topping hits such as "Fire," "Come Back Home," I Love You," and "I Am The Best," among many others.