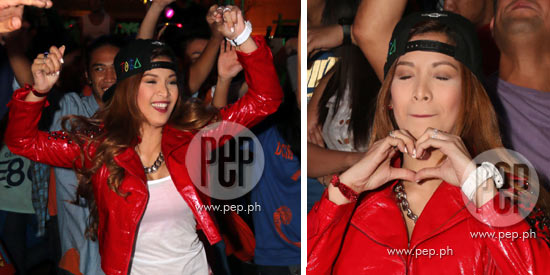 Deeply moved by the outpouring of support from friends and fans, Mich Liggayu (in photo) thanked everyone for their encouraging words and heartfelt gestures. Jam Sebastian, who is still confined in a hospital while undergoing cancer treatment, made his presence felt via a live video feed.

Before 7 p.m., a crowd gathered in front of the fountain area watching the hula hoop, poi and wand levitating performers. But it was just a warm up for a flash mob of blue and orange dancers emerging to groove to Pitbull's “International Love.”

Over seventy dancers spread Valentine's Day cheer with performers in stewardess uniforms and breakdancers busting their moves. Then, clad in a sparkling red jacket and a smile on her face, Mich Liggayu appeared to join the festive scene.


This was Mich's time to shine and it was all for Jam Sebastian, her “better half” who is still currently keeping up his fight with cancer.

This is a JaMich Valentine, celebrating the unbreakable bond between Jam and Mich. The music changed to “You and I,” the iconic song from the short film they did together. The video screen projected a montage of scenes of the romantic couple as Mich danced for the crowd and for her beloved. As the song ended, she had an impromptu selfie session with gleeful fans before stepping up on stage.

Jam, who is still confined in a hospital while undergoing cancer treatment, was present on video, blowing flying kisses to all the excited JaMich supporters, Meanwhile, Mich thanked all those who believe in their love and sent their prayers.

The crowd enthusiastically screamed their compliance.

Representatives of Feta Traveldepot were on stage to show their support. Sharon Perez, executive vice president, presented Mich with a three-day trip to Bali, Indonesia for the couple while president William Amorsolo II awarded the pair with a travel agency business package.

Sharon said, “We're really hopeful that he's going to get well. They love to travel; it's something that they love to do so what could be a better business than a travel agency, 'di ba? Tuturuan namin sila from beginning to end.”

“I think this is a Valentine with a twist,” Sharon continued.

“Yes, there's a little struggle but there's always a glimpse of hope and we always have to look forward. Kanina nga nung tinanong sa amin kung paano siya makakapag-Bali but we're like, 'Yes, he will.' And we believe in that.”

President William concluded by saying, “Jam and Mich, you guys are really a loved couple. We surely hope that you enjoy the trip as well as the business that we provided to you.”

Adding the song You and I to the performance was a given. “Yun po kasi yung first short film po namin, yung 'By Chance,'” Mich explained.

When that day comes and the two have finished their stay in Bali, they plan to continue exploring the world.

The story of Jam and Mich is a sweet story with a tinge of tragedy. Mich's father, Christopher Liggayu, said that Jam is still preparing himself for his chemotherapy but being around people gives him strength.

He talked about when Jam had visitors.

That sentiment is echoed in Mich's words to the fans present. 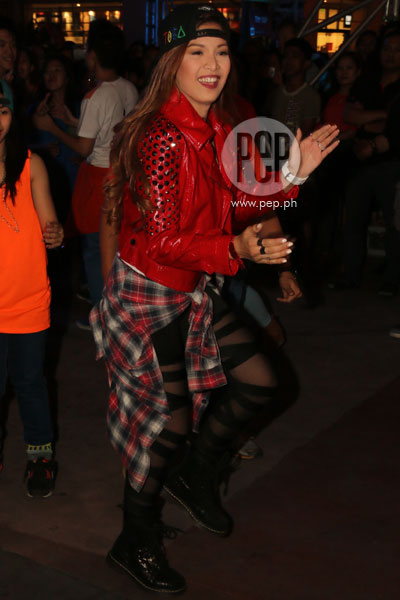