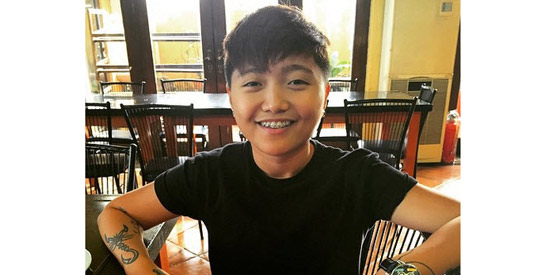 During the February 8 episode of The Buzz, Charice revealed to host Boy Abunda that the contract with Aldueza ended in May 2014. While she was in tour, he was just there as “acting” manager.

Charice had a lot of questions about the management of Aldueza. “May mga questions na di niya masagot ng malinaw. So that time I had a feeling that there was something wrong. Di ako mahilig mag-confront…”

Aldueza is Mommy Raquel’s godson and a close friend of the family. He was very much involved in Charice’s life when the singer and her mother had a huge misunderstanding. Charice left the Pempengco household and spent time under Aldueza’s wing.

When Aldueza was appointed as the singer’s manager, he was clueless about talent management since he didn’t have any background about it.

Charice narrated that they scheduled a meeting with the former manager. “Nag set kami ng meeting in a professional way with the accountant. Nag-commit na siya. He was gonna bring all the documents. Nakita lang namin isang plastic and sa loob nun, parang random papers…may isang folder naka-summarize without any explanation, without any receipts.”

The singer behind the hit song “Pyramid” then added, “Nakita ko yung mga contracts from other shows na wala akong pirma. Na dapat may pirma ako.” She clearly didn’t authorize Glenn to sign any contracts on her behalf.

Moreso, she was kept in the dark since Aldueza didn’t disclose specific details about projects.


Charice was particularly incensed when she earned a bad reputation because of problems caused by Aldueza.

“For them kasi, sila yung naloko. Parang ako yung nanloloko. Yun yung lumabas… it was concluded and the payment was never given back. Hindi niya binalik yung 50 percent,” said the YouTube sensation.

Aldueza never showed up for the scheduled meeting.

Since they had all these problems with Aldueza, Charice and Mommy Raquel decided to return to Grace Mendoza who has managed Charice’s career in the past.

Mommy Raquel has reason to believe that he is in Canada.

Will they file a case against Aldueza?