Rose Fostanes to hold February 26 concert at the Music Museum 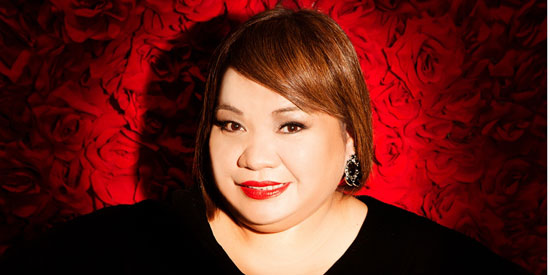 Rose Fontanes (in photo) will hold February 26 concert at the Music Museum with Laarni Lozada as one of her guests.

Rose Fostanes, the first grand champion of X Factor Israel, will be the main guest of the Thank You, Philippines Friendship Concert as part of the Philippine International Jazz and Arts Festival.

The free concert will take place on February 26 (Thursday) 7:30 p.m. at the Music Museum, Greenhills, San Juan City. It will also include Arthur Manuntag and Laarni Lozada as special guests.

Fostanes, the winner of reality signing competition X Factor Israel 2013, has captured the audience with her strong and powerful voice. She belted out Frank Sinatra’s “My Way” – a videoke favorite, and inspired Filipinos to pursue their dreams.

The former Filipina caregiver slowly rose to fame and last year received Bagong Bayani award for Culture and the Arts.

Fostanes will be one of the special guests to commemorate the historical friendship between Israel and the Philippines under the banner program “Thank You, Philippines” which includes several cultural and academic events.

This year’s Jazz Festival coincides with the commemoration of the 70th year of the end of World War II and the liberation of Manila, highlighting the role of the Philippines in the rescue of 1,300 Jewish people from the Holocaust.

Referring to the unique story of Rose Fostanes, Ambassador Effie Ben Matityau commented that Rose stands as a bridge between Israel and the Philippines whose friendship dates back to the noble deed of former President Manuel Quezon, and the Philippines' support to the establishment of the state of Israel.

“Rose Fostanes works as singer in Israel. She has a very special story – a caregiver who from a very humble position became a superstar. She is a phenomenon and an ambassador of goodwill,” he said.

To reserve tickets to the free concert, please call Tel. No. 883-9500 or email events.israelembassy@gmail.com no later than Monday, February 23.

Reservations will be on a first come, first served basis to limited seats. For more information, visit the Israel Embassy’s Facebook page Israel in the Philippines and Twitter account @IsraelinPH.