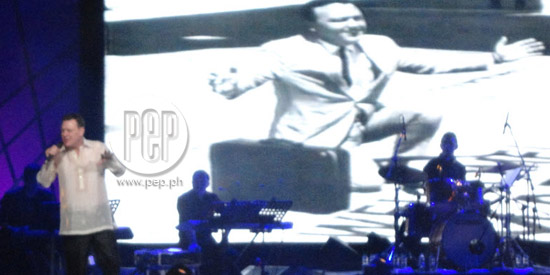 Matt Monro Jr. wore a Barong Tagalog during his Valentine concert in Manila.

Aside from roses and chocolates, Valentine’s Day wouldn’t be complete without a touch of romantic music.

Only You: An Evening of Romantic Music, a special 4-in-1 Valentine’s Day concert held at the Philippine International Convention Center (PICC) Plenary Hall, provided this third requirement.

Produced by Royale Chimes Concerts & Events Inc., Only You drew a sizable audience that night featuring a mix of the old, not so old (where me and my wife Grace belong) and the young.

The concert promptly started at 8:30 PM with the Kilyawan Consortium of Voices Children’s Choir, an umbrella organization of choirs formed under the leadership of Mr. Mark Anthony A. Carpio. They sang a number of Beatles’ songs plus John Lennon’s "Imagine" and George Harrison’s "Here Comes the Sun."

Soon after, Christian Bautista, one of the most acclaimed Filipino balladeers of his generation (with a following in Indonesia, Singapore, Malaysia and Thailand) entered the stage with his version of the Grammy Award winning, Joe Cocker song "Up Where We Belong" followed by "Colour Everywhere." 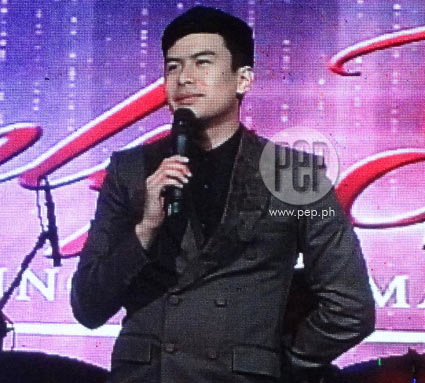 What followed next was a medley of his version of OPM songs ("Nakapagtataka" of APO Hiking Society, "The Way We Were" of Rico Puno, "You" of Basil Valdez, "Don’t Know What to Say" of Ric Segreto, "Be My Lady" of Martin Nievera, "Reachin’ Out" of Gary Valenciano, "Nandito Ako" of Ogie Alcasid and "So It’s You" by Raymond Lauchengco).

The GMA-7 balladeer also offered another medley of Jose Mari Chan hits ("Beautiful Girl," "Tell Me Your Name" and "Deep in My Heart"). He capped his performance with the immensely popular "The Way You Look at Me," the song that virtually catapulted him to stardom, and "Hands To Heaven." Before exiting the stage, he did a duet with Matt Monro Jr. as they performed "Around The World."

Matt then worked the crowd, kissing ladies (one even took a “selfie” with him) as he sang "Save the Last Dance For Me." He followed this up with a medley of songs including "I Write The Songs" (a Barry Manilow hit), the much requested "Portrait of My Love" and "Walk Away."

After singing "For Once in My Life" (a Stevie Wonder hit) and the Academy Award winning song "Born Free" (his dad Matt Sr.’s signature song), Matt brought in the Kilyawan Consortium of Voices Children’s Choir as he emotionally sang "Softly As I Leave You" (changing into a Barong Tagalog during an intermission).

Matt then raised the tempo more than a notch with the Frank Sinatra hits New York, New York and the much requested My Way (the song that frequently results in fights and sometime deaths in karaoke bars). Matt saved the best for last, doing a video duet with his late father, made possible by the magic of digital technology, as they performed "We're Gonna Change the World." 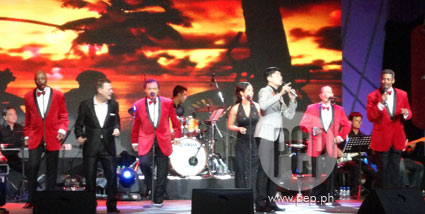 The Fabulous Sounds Of …. The Platters

Speaking of saving“the best for last, The Fabulous Sounds Of …. The Platters fits the bill. Composed of lead singer Donne Ray Radford and back-up singers Bernardo Cassar, Reginald Carter, John Cheatdom and Savanna McClendon (the lone female in the group), the group regaled the crowd with nostalgic songs of the 1950s and 1960s.


Donne, a performer extraordinaire and tenor with a 5-octave range, thrilled the audience with The Great Pretender, Twilight Time, Smoke Gets In Your Eyes, Stand By Me, Heaven On Earth, Harbor Lights, Red Sails in the Sunset, (You've Got) The Magic Touch, Enchanted, My Prayer and last, but not the least, the much requested Only You (and You Alone), which reached No. 5 in the U.K. charts in 1956.

Of course, what is a concert without all the major artists performing together on stage.


The Fabulous Sounds Of …. The Platters, Matt Monro, Jr. and Christian Bautista surprised the crowd as they ended the two-and-a-half hour long concert with their rendition of "My Girl" and "All Night Long," hits of The Temptations and Lionel Richie, respectively.

The Only You Valentine show, a musical feast for all ages, proved that love, indeed, is an emotion that knows no space, time or age. It truly satisfied the concert-going crowd’s penchant for nostalgia and longing for the good old days when songs had lyrics that you could understand and recall long after the mania over the ditties has gone over to memory’s mist.