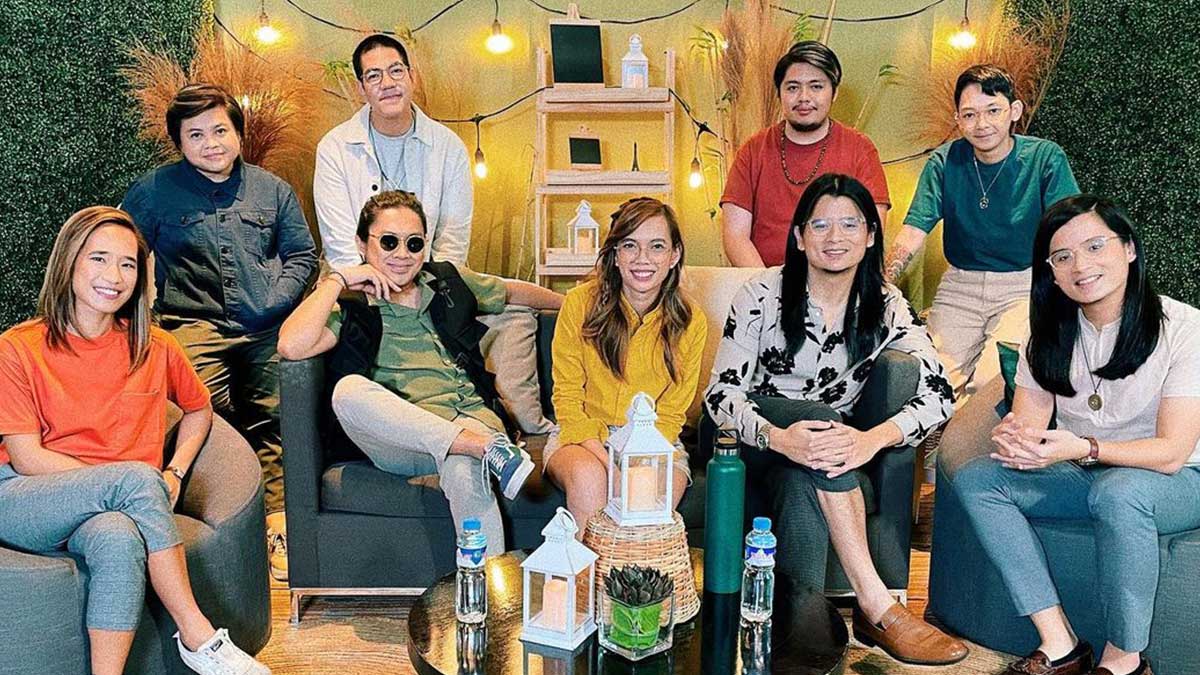 The entirety of the clips takes place at El Deposito, a historical underground water reservoir in San Juan, Metro Manila, that was built in 1896.

Led by the twins, Paolo Benjamin and Miguel Benjamin Guico, the band along with Zild and Juan Karlos put up a well-executed performance in a seemingly strange never-ending tunnel, as shown in the video.

The ambiance of the location, as well as the dark rock music arrangement, poetically deliver the song's heavy feelings of dread and melancholy.

"Lunod" was already written by the band's vocalist Paolo Benjamin even before JK and Zild joined the picture.

He was inspired to write the song when his sister tested positive for COVID-19.

There was also a time when someone nearly drowned at a beach fronting the band’s house.

WORKING WITH JK AND ZILD

“I think with regards to the heavier kind of sound, they’ve had more experience in it than we had.

“So, their help to really bring out that sound, sobrang na-guide nila kami do’n in a way kung paano.

The group described JK as the energetic ‘big bunso’ on the set. His ‘artista’ character could easily be seen when the camera started rolling.

Zild, on the other hand, really helped in terms of the sound, which he arranged in several layers. He also has a solo highlight performance in the song.

Lead guitarist, Poch Barretto, described the heavy sound as a representation of an "aggressive overwhelming feeling" of "nalulunod sa pangangamba."

The band also commended Direk Jerrold and his team’s attention to detail, particulary in the way they pulled off the production techniques and maximized the resources despite the heavy-dark underground location.

"As in, even before the shoot, alam na nila exactly kung ano yung mga shots.”

The video shots showing the artists being submerged in water with flowers covering their eyes theatrically simulate drowning.

In a press conference on November 26, the band however confessed they didn't know exactly the meaning behind the flowers and only Direk Jerrold could explain that.

The most fun part of the shoot was the scene where water was being poured directly onto their faces while they lay on the floor because they didn't know when it would come down.

The song has four versions according to Miguel. The one with the “bipolar remix” reflects the state of rapper-producer Zelijah's mental health during the COVID-19 pandemic and after being diagnosed with bipolar disorder.

Patricia Lasaten, the band’s keyboardist, said the song is her favorite track in the album because it highlights the importance of letting the artists be themselves.

Agnes Reoma, bassist, added that the overall production of the song marked a lot of ‘first’ for their band such as exploring the dark-rock side of music, for one.

Paolo said in an interview on YouTube with Papa Gio last December 3, 2021, the song was also a message of hope to everyone battling mental health issues.

They also opened their Lunod themed-café Latitude Bean+Bar in Malate and its two branches in Quezon City with mental health-related activities, such as art creation.