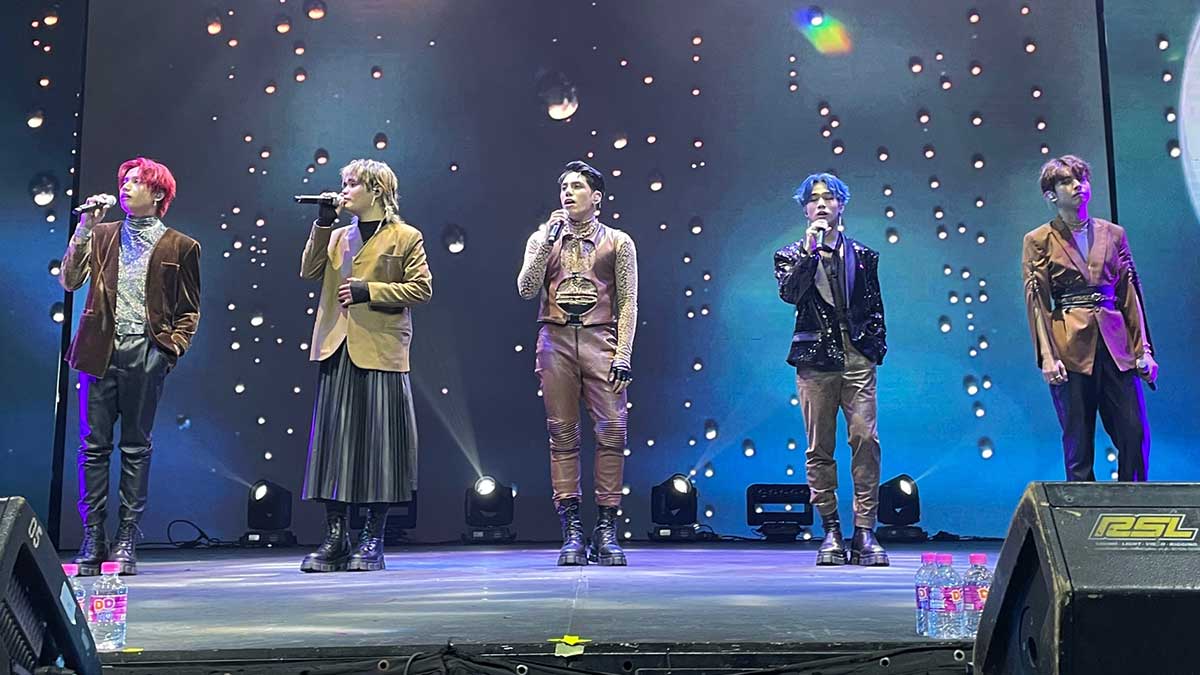 OPM boy group SB19—composed of (L-R) Ken, Pablo, Stell, Josh, and Justin—returns to the Araneta Coliseum in Quezon City on April 23, 2022, for its long-awaited solo concert.
PHOTO/S: @dunkinph on Twitter

The OPM boy group SB19 composed of Pablo, Stell, Josh, Ken, and Justin returned to the Araneta Coliseum in Quezon City on April 23, 2022, for its long-awaited live concert.

It took two years for this to happen since it was initially scheduled for March 19, 2020, but the pandemic struck and it had to be postponed. 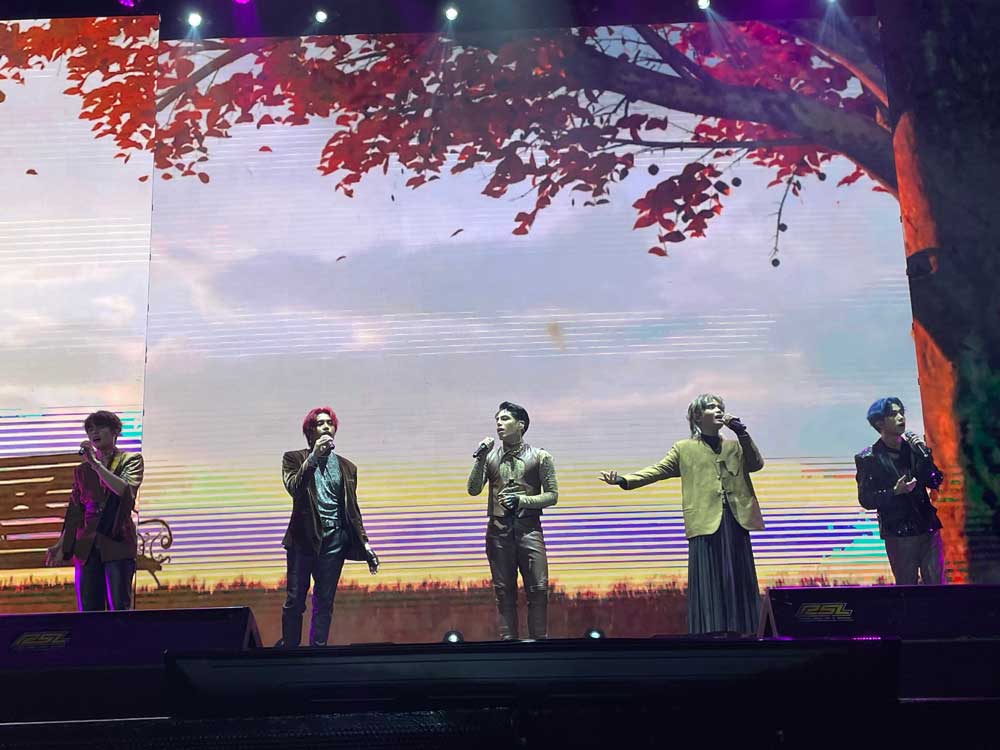 Read: SB19 to hold their biggest concert yet this March

The event started with a warm-up performance of Yara.

The four-piece girl group did its rendition of Maymay Entrata's "Amakabogera," and its original song "Para."

This was followed by Matthaios performing his famous hits "Catriona" and "Vibe with Me" with DJ Lonezo.

The last act that performed before SB19 hit the stage was the sister group called KAIA.

The group started the show with its performance of "Love Goes."

SB19 also performed a few songs from its extended play (EP) album Pagsibol, which includes "Mana," "What?," "Bazinga," and "Mapa."

Toward the end of the concert, the group performed "Ikako" and "The One."

Apart from the music-filled event, the group had a chance to have a Q&A session and play a game with fans who call themselves A'TIN.

One of the questions asked during the concert was: "SB19, kailan ang comeback ninyo?"

The crowd went wild over Pablo's response, "This year...abangan ninyo!"

After the Q&A, the donut (Dunkin Donuts sponsored the concert) relay game between SB19 members and several lucky fans followed.

Everyone was such a good sport and had fun during the game. The Big Dome was full of laughter and squeals from the fans!

For the final performance, the group performed their song "SLMT" to express their heartfelt thanks to the people who supported them from the very beginning.

The group was awed by the "blue ocean," a spectacle of A'TINs tirelessly holding blue light sticks throughout the concert. 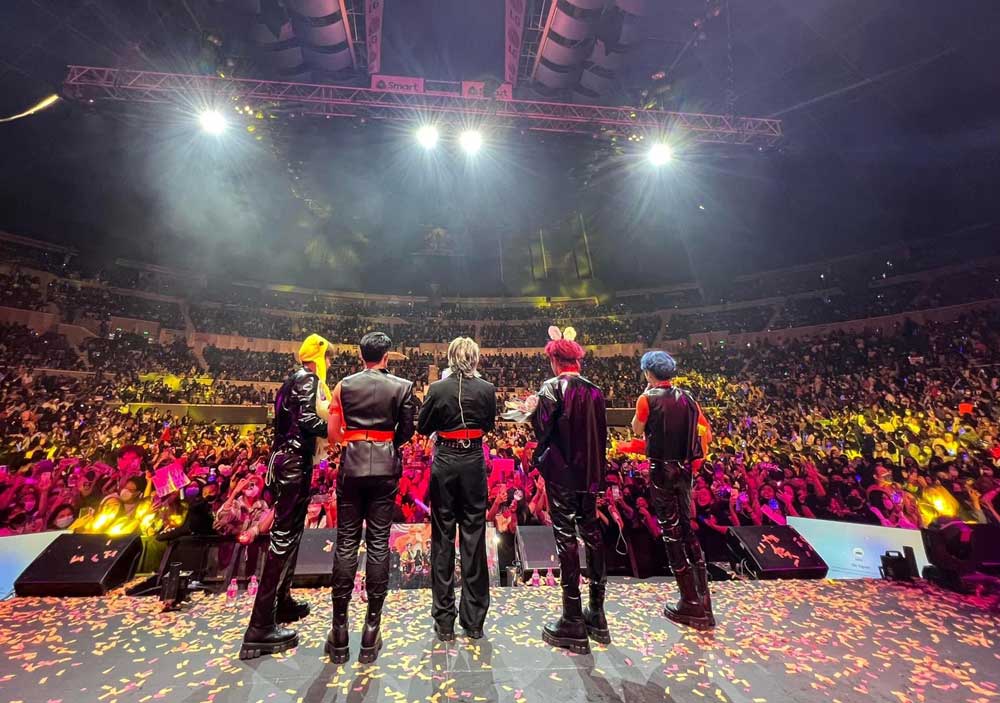 The group first performed at The Big Dome for its concert titled Our Zone in November 2021. The concert, however, was streamed online.

Two weeks before the live concert, the five-member Pinoy idol group performed at the first-ever Pinoy Pop Convention (PPOPCON) on April 9 and 10, 2022.