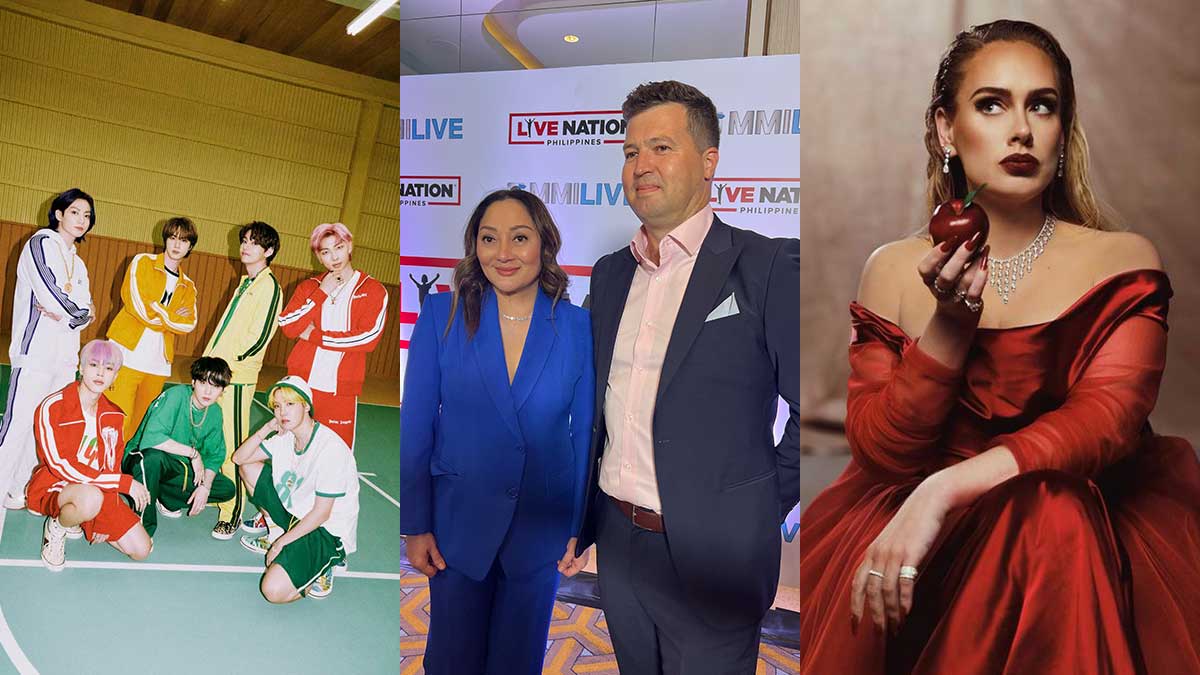 Big things are coming in the Manila concert scene with the entry of Live Nation, the world's leading live entertainment company.

On Monday, April 25, 2022, Live Nation announced it has acquired Music Management International (MMI), the concert promoter that brought into country the biggest artists, including U2, Coldplay, Madonna, and Ariana Grande, among many others.

She told the press after the launch of Live Nation PH at The Fifth at Rockwell in Makati City, "It means bigger, better shows. We're part of the best global entertainment company in the world. That means a lot."

Roger Field, president of Live Nation Asia, said he was looking forward to this new partnership.

Roger disclosed that aside from bringing in international acts, Live Nation PH was also working on bringing local acts to the international concert scene.

The executive said, "It's a fully integrated partnership now so... As I touched on when I spoke, we will be developing local artists.

"The big international acts put the Philippines on the map, but now, strategically we can work together along the way and the future.

"We've got a long of planning to do and some big ideas to be planned and that's what it means for us."

Rhiza, who brought in U2, Coldplay, and Madonna, revealed her new bucket list.

She said, "Adele, BTS, I would hope to bring a lot of the acts back like Coldplay.

"But yeah, my top three were fulfilled in recent years."

Adele, on the other hand, haven't stage a concert in Asia.

Both Roger and Rhiza, however, kept a tight lip when asked which international acts—specifically BTS—they will be bringing to the country in the coming months.

Roger said, "We're working on lots. As I said, there's a lot to come. We've been working on opening the region up, which is happening, finally.

"So I think you'll see a lot more coming in the next few months."

Rhiza added, "We usually do at least two acts in a month so expect a lot!"