Elvis Presley tribute show to be held in Manila this April 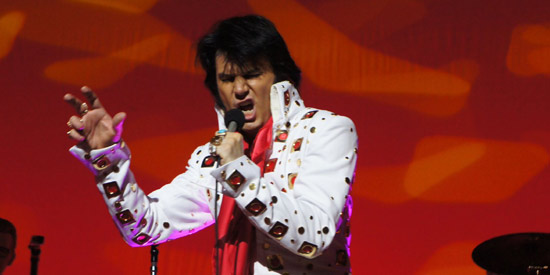 Rotary International District 3830 in cooperation with Royale Chimes Concerts & Events Inc. is bringing to the Philippines the master class in Elvis tribute acts The World Famous Elvis Show with Chris Connor and The Steels.

Voted in 2014 as the first-ever World’s Best Elvis Performer via a worldwide official fan poll, Connor takes the Newport Performing Arts Theater stage at the Resorts World Manila from April 24, 25, and 26.

Connor’s show highlights and recreates the King of Rock and Roll’s most memorable performances: That’s the Way It Is, Elvis’ 1970 Las Vegas performance that proved to be a turning point in his career—the time when he permanently abandoned movie roles and returned to the concert scene; and his 1972 sold-out Madison Square Garden Show, where he made his first-ever live appearance in the city and five years before his death.

Witness Connor belt out classics from “Proud Mary,” “Can’t Help Falling in Love,” “Hound Dog” to “Blue Suede Shoes” in this rare occasion when the world’s most revered tribute act brings fans down to memory lane.

The show is created by Elvis fans for Elvis fans. Its cast includes professional musicians, some of whom have played with renowned English pianist, bandleader, singer and composer Jools Holland.

The show boasts of the highest production value performance standards and guarantees to leave audiences speechless and transport them back in time.

Connor has played in sold out shows across Europe—Ireland, Holland, the UK—Australia, and the United States—Atlanta, New Orleans, New York, and Elvis’ hometown, Memphis.

See why fans around the world have called Chris Connor and his show “mind-blowing,” “fantastic,” “awesome,” and “the closest thing I have ever seen to Elvis Presley.”

Even Elvis’ own right hand man and close friend (for 17 years) Joe Esposito has responded to him so enthusiastically after a performance in Memphis. “Wow, that boy is good, damn he looks just like Elvis,” he says.

Tickets are available at all Ticketworld, SM Tickets and Ticketnet outlets.