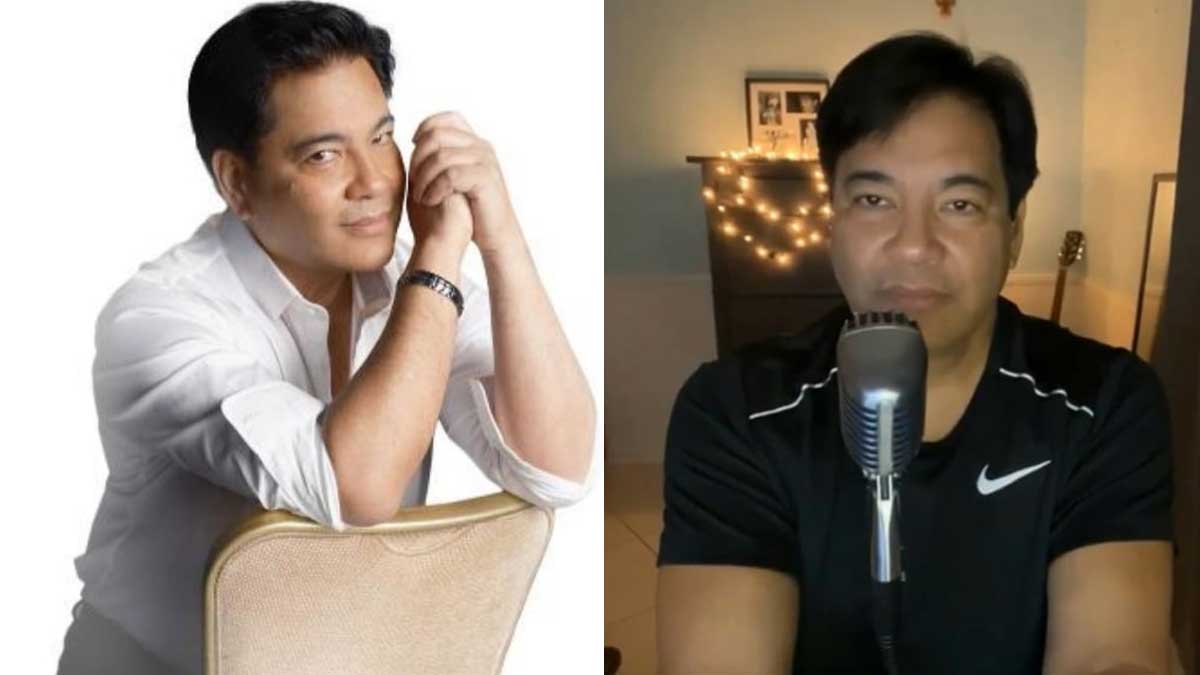 "I’ve been so hungry for fame that I lost my family... I don’t want any other performers, singers, dreamers like me in a younger body, I don’t want them to make that same mistake because look what happened!" shares Martin Nievera during the digital mediacon for his latest single "Smile Again."
PHOTO/S: PR photo / Screenshot from digital mediacon

“It would have to be, yung una, sabihin natin yung sa career ko. When I came out on stage on the very first show since the pandemic at the Sycuan Casino [nung July 30 2021 sa San Diego, California, USA],” ang sagot ni Martin sa digital media launch ng "Smile Again."

“It was also their first time to have a live show and it was me, the guinea pig. We were sold-out two weeks before the show and paglabas ko ng stage, akala mo ako yung bagong singer ng BTS.

“Yung sigaw, I couldn’t even hear the music and these are people who have seen me for the last forty years so that really made me smile again in gratefulness that nandiyan pa rin kayo.

“After all these years, even after not singing for you for two years straight. Nandoon pa rin kayo.

“It’s a humbling experience to be able to know that the people who allowed me to dream my dreams and realized them, thanks to their support through the years. That they’re still there after all these years. That’s a big big smile," saad pa ng tinaguriang "Concert King of the Philippines."

"On my personal life, for the last two Christmases, I’ve had my three boys with me, with their mothers which is very, very complicated, but I think we all learned because of the children.

“Again, all of us, realizing that whatever sama ng loob we have with each other in the past, we have to forget about it and live the life that we live today because we don’t know what tomorrow will be like.

“So having my family and my boys with me and also, si Anj [del Rosario ], my girlfriend has been with me for so many years and now, she’s even part of my shows where she’s controlling my lyrics, my music.

“In other words, she’s not just someone watching the show, she’s actually part of it now, which I didn’t think that would ever happen.

"Having her around and her support and love also makes me smile.” 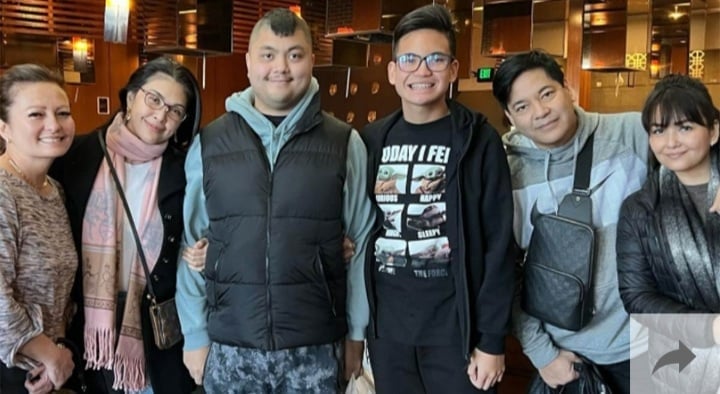 LESSONS FROM HIS MISTAKES

“You know, when you do something once, that’s luck. But if you do it twice or more than twice, then that’s success. So, this is me trying to do it all over again.

“Now if there’s something new that I can do, I probably would have to be taught that. Because in my mind, I’ve learned to embrace the music and the era that I represent.

“There’s no need to step out of that and try and be Usher or try rap music and do things that are so out of my comfort zone.

“This is the time now, the next forty years, to embrace the balladeer, embrace the storytelling, inspiring the young to believe that they could make it in their respective dreams.

“Embrace my children in every moment that I have with them and not let it slip.

“By the way, I never saw my kids grow. I’ve been on the road.

"I’ve been so hungry for fame that I lost my family so I have to make up for lost time now and I don’t want any other performers, singers, dreamers like me in a younger body, I don’t want them to make that same mistake because look what happened!

“Boom, there’s a virus! Where did that come from? That wasn’t part of the game plan. That’s not in my dream. That has nothing to do with my career path.

“Where did these come from? So you better start smelling the flowers now, not after.”

“I’ve always ended a show with the song ‘Smile.’ A serious song, written by a comedian reminding everybody that there will be happier days to come.

“I just wrote all of the beautiful thoughts that come to my mind and thinking in third person, I thought of how other people can relate to this song and [that’s how] I realized the words that I chose.

"I think everyone can relate to that, everyone wants some reason, big or small, to smile again.

“It’s so funny, when there was no pandemic, I was down. But during the pandemic, I think I was the most positive.

“What kept my mind busy was doing things I took for granted way before when I was so busy trying to be famous, you know, trying to be a singer and making some hit songs and hit concerts.

“I forgot that God put me on this Earth, not to make money, not to be famous, but to be a singer, to sing.”