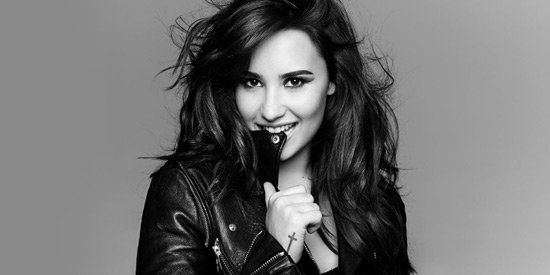 Demi Lovato will perform in the Philippines on April 30, 2015. Nick Jonas takes on the role of creative and musical director for Demi's world tour.

Wilbros Live ushers in 12-time Teen Choice Awards winner Demi Lovato to Manila to perform for a one-night only show on April 30, 2015, 8PM at the Mall of Asia Arena.

The American actress, singer, and songwriter is widely known for her incomparable vocal prowess, the various television shows she starred in, her role as Mitchie in Disney film Camp Rock which elevated her to fame, and as one of the prominent judges of the American X Factor.

In her previous and third tour, Neon Lights, Demi reached out to the fans all the more by imparting with them the trying times of her life. Billboard considers Demi’s sharing of her past struggles the “most interesting aspect” of the show.

The singer-songwriter and actress conveyed to the audience her withdrawal from a world tour to enter a treatment facility due to “physical and emotional issues.” Billboard adds, “As much as Lovato has evolved as a performer since that scary period in her life, however, she has admirably made that past the visible bedrock of her artistry.”

For this tour, musician, singer-songwriter, actor, and Demi’s old friend, Nick Jonas, took on the role of creative and musical director.

In Demi’s performance at Mohegan Sun Arena, MassLive.com expressed that she “offered up a genuine, artistic, and insightful 90-minute performance before the sold-out house.”

Backed by a full band, a dance team, and two back-up singers, Demi set the stage ablaze with “Really Don’t Care” as her first song.

The multi-faceted singer exhibited versatility in this tour as she shifted “Catch Me” and “Don’t Forget” into acoustic, alt-folk ballads, and deviated from the pop path of “My Love Is Like A Star” and bent more on R&B.

The Guardian narrated that Demi showcased her collection of pop hits in Barclays Center in Brooklyn while magnificently expressing the themes of love, independence, and acceptance.

Demi effortlessly communicated with the audience in between songs. Orlando Sentinel shares that in the star’s show at the Amway Theater, she told her beloved Lovatics, “I want you to lose yourself in the music. Music is the most beautiful thing in the world.”

Her song “Warrior” which voices out the theme of empowerment was a brilliant coalescence of the mood and the message of the song. MassLive.com illustrated that the set’s centrepiece was built around the piano ballad “Warrior” which followed her journey to Kenya. Orlando Sentinel stated that Demi played an intricate piano introduction and assured the audience that it was okay to make mistakes.

Demi Lovato naturally captivates the audience not only with her electrifying voice, but also her genuine character and enthralling charisma.

“For her fans, Demi is a hero, an inspiration, and a lifesaver. Filipino Lovatics had experienced her care and passion for her fans during her first concert in 2013,” affirms a member of Lovatic Demi Lovato Philippines, the Demi Lovato fan community in the country. “[We] can't wait to see [our] hero perform more songs and hits such as Let It Go, Skyscraper, and Neon Lights in Manila!"