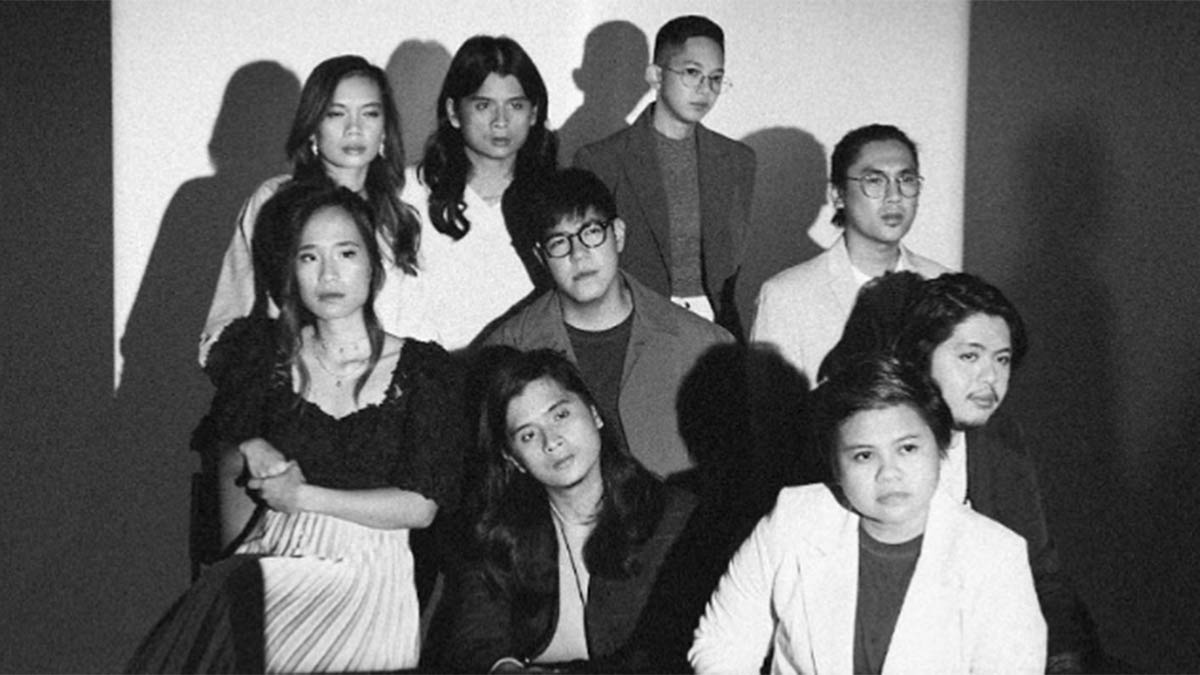 OPM band Ben&Ben has come up with a relatable "mapanakit" love song with their latest single "The Ones We Once Loved" that premiered this Friday, August 26, 2022.

The chorus goes like this: "I apologize for coming into your life / Just to break your heart to pieces and leave you in the night / I tried my best to stay by your side / But who knew what the rolling seasons would reveal sometimes / We are not meant to be the one / So goodbye to the onces we onced loved."

At a virtual mediacon last August 24, lead vocalist and writer of the song Paolo Guico said that it is a "letter of thanks, sorry, and goodbye."

Then he confirmed writing the song based on his "personal experience."

Paolo elaborated: "When you create music from personal experience and if it's something that's not necessarily easy to talk about...

"In fact, the decision to share with the world in the hopes that something good can come out of it, it's a big decision in the first place.

"But actually creating and going through the process of creating, you have to channel that energy in order to transform it to something beautiful.

"I guess that's the hardest part of the process."

Referring to the deep ties that bind their band togetber, Paulo added, "Thankfully we're a family here, we're able not just to create together but be each other's support system as well when it gets tough in that process.

"And I needed a lot of it as well, and thankfully my bandmates were there to lift me up and lift each other up as well.

"Because I also remember when we were recording the song, we also have a lot going at the time. Yun talagang saluhan lang ng energy.

"And it's really something special as well that we managed to grow together over the years that we've been together as a band."

In a separate Instagram post on August 25, Paolo gave more details about how the song was inspired by his previous "long-term relationship."

"The time that passed since then has been an incredible journey of self-discovery, healing, and growing for the both of us, individually

"Eventually, peace, acceptance, respect for the past, and closure came. It wasn't easy, and there were many emotions that went into that process.

"So, my prayer is that if you are going through your own process right now, or there are unspoken feelings or thoughts you may still have, may this song help you through them.

"May you have the closure you search for, and the happiness you deserve."

Lead guitarist Poch Barretto also shared that Ben&Ben co-produced "The Ones We Once Loved" with fellow musicians Johnny Danao and Jean Paul Verona.

Describing the process of recording the song, Poch said: "He really helped us give the song a fresh take compared with our usual process with our songs.

"Fun anecdote, usually our songs will start with the drums, then the base. It gets lighter and lighter.

"With this song we started recording with the piano first. That's the base of all of the instruments. Then the guitar, volin, base, voices on top if it.

"Even if the song is like that, nakakaiyak siya, parang uplifting yung vibe. In a sense may hope pa rin siya. Nakaka-humanize yung song."

Paolo also pointed out how Johnny Danao was so thrilled as the song unfolded the way they wanted it to be.

Mimicking Johnny's hand gestures of clapping and pointing a finger, Paolo said, "Makikita niyo sa behind the scenes nitong 'The Ones We Once Loved,' sobrang passionate kasi ni Janoy.

ON EXPECTATIONS TO MAKE ANOTHER HIT SONG

Do they feel the pressure to always come up with a hit song?

Lead vocalist Miguel Guico answered, "The key is just to keep making songs for the love of it.

"Over the years, what we've learned, if we stop trying to chase the next hit, instead stick to our pure love for writing music...

"Although it's not easy ha. Of course, the pressure sometimes gets to you na we have to follow this up with something.

"But what's nice about being a family, we always remind ourselves why we're doing this and ground ourselves in what broughtus together in the first place—music that we love forming and sharing with others."

The band is also looking forward to performing to a big crowd at their send-off concert at the CCP Grounds on September 3, 2022.

Then Ben&Ben will be touring North America from September 23 to October 15.

HOT STORIES
Read Next
Read More Stories About
Ben&Ben, The Ones We Once Loved, OPM, breakup, hardcore fans
Celebrity Updates