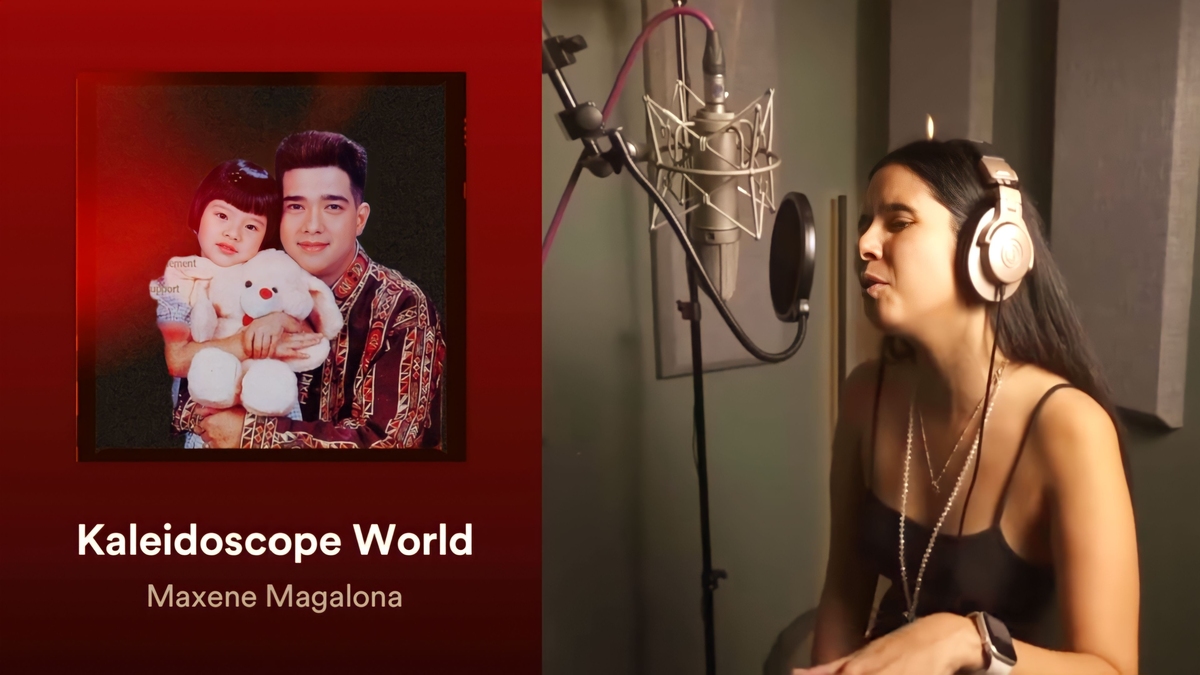 Maxene has put out her own version of her father Francis Magalona's hit song Kaleidoscope World, which is now available on streaming platforms Spotify, Apple Music, and YouTube.

Her initiative was of course timely and relevant for the occasion, but for Maxene, now a yoga instructor, it was much more than that.

On October 15, 2022, Maxene related on Instagram the backstory of making a cover of the soulful song.

She wrote, "I was on a magical beach trip one August morning when an idea came to me during meditation.

"I was sitting in absolute stillness just breathing and listening to my inner world when I suddenly heard a dreamy version of my Dad’s song 'Kaleidoscope World' with the accompaniment of a violin sweetly playing."

Maxene recalled seeing the faces of her fellow Filipinos who were in grief and despair as a result of various mental health disorders.

"Tears rolled down my face as my heart was breaking because I felt their pain," she said.

Maxene recalled being inspired then by the idea of sending healing energy to those who need it via her father's song.

"I was honestly scared and shy just thinking about doing this but decided to overcome my fear and continue with the project with the intention of creating and contributing good energy."

Bolstered by good intentions and new purpose, she immediately reached out to friends who can help her with the project.

Drummer Bea Lao helped Maxene record the song in her studio, creative director Geoff Gonzalez documented the recording and made a music video out of it, while musicans Keith Delleva, Yuna Reguerra, Abby Clutario, and Princess Ybanez provided the instrumental.

Maxene, following her psychiatrist's recommendation, sent a copy of her cover to the psychiatry department of The Medical City to be played for their mental health patients and caregivers during the mental health week.

The 35-year-old Kapamilya actress shared, "We all created this work of heart and had such an amazing and kaleidoscopic time doing it.

"We actually recorded the song on my Dad’s birthday, October 4, so that we could offer it to him as a gift and tribute."