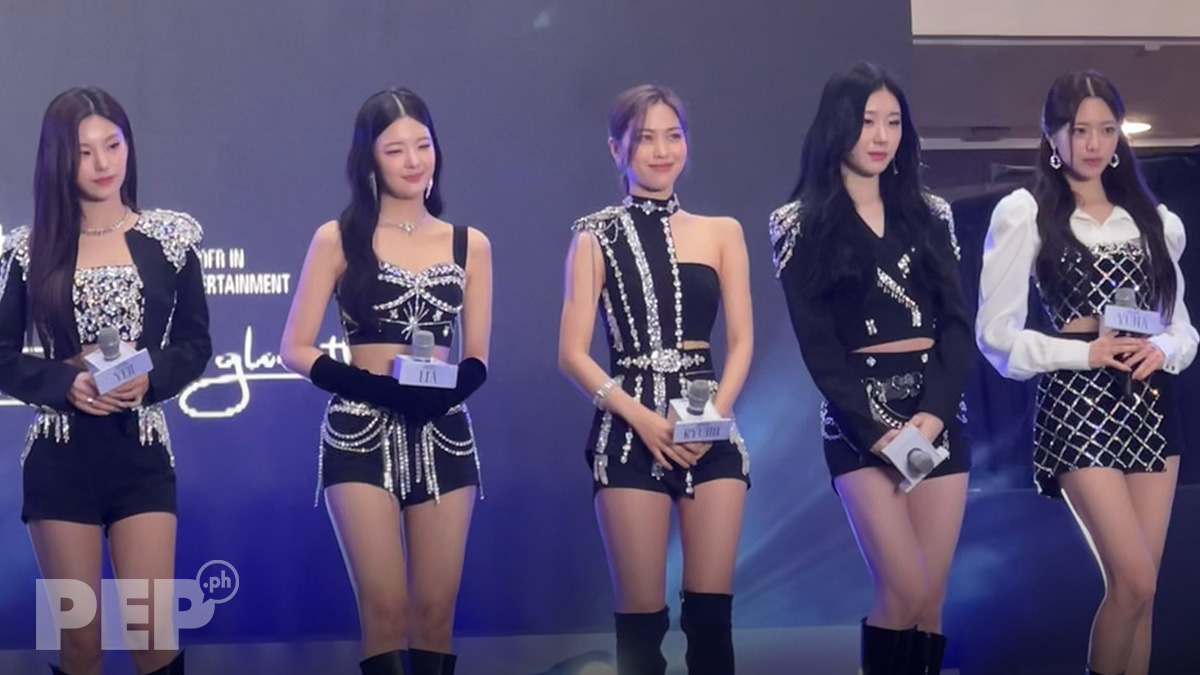 On Friday, January 13, 2023, the group—composed of Yeji, Lia, Ryujin, Chaeryeong, and Yuna—was able to meet some of their Filipino fans at an open-to-public press conference at Ayala Malls Glorietta in Makati City.

The event was held to promote their sold-out two-night concert Checkmate Manila concert happening at the SM Mall of Asia Arena on Saturday, January 14, 2023, and Sunday, January 15, 2023.

Asked how they feel about being back in Manila, Yeji was the first to answer and said, "So amazing!"

With the help of a translator, she added, "We're really, really thankful that you guys are giving us this kind of energy to welcome us."

She ended her answer by telling their Filipino fans, "I miss you so much!"

Yeji added that they are very happy to start the year with Filipino MIDZYs (fan club name) and hopes that they'd get to spend a lot more time with their fans this year.

She said, as translated in English, "For 2023, we're really happy that we're able to start the year with all of our fans.

"And as much as the love you're giving us, we're going to make more courage so we can do our comeback.

"And we are really, really happy that the Philippines is our first stop for our Asia tour.

We hope that from now on, our Manila fans, and our fans worldwide... we'll have more time to spend together."

For her part, Ryujin hopes to create amazing memories with their Filipino fans during their concert, just like the group's experience in the country during their first visit back in 2019.

"So Filipino fans, they celebrated Yuna's birthday and sang a birthday song for her and she cried.

"It was a really good and heartwarming memory for us. So this time, I'm expecting the warm cheers and I think I can achieve it this time."

Asked what their fans can expect from their concert, Yuna listed down three things.

"For this concert, we prepared three major things. The first is, our songs in Checkmate in this concert.

"And second is our solo stage in concert. Each member have their own solo stage so guys can expect that.

"And third one is we practice a little bit of Filipino words like 'Mahal kita!' I'm sure you guys will enjoy it with us."