8 Things to Know About Ariana Grande 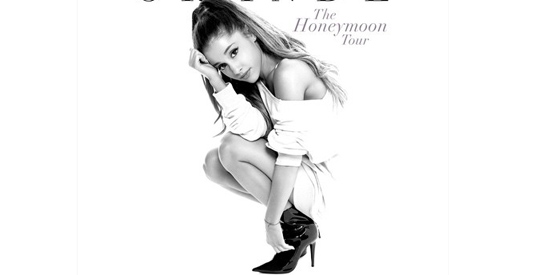 Ariana Grande will soon conquer Manila as she brings her Honeymoon Tour to the Mall of Asia Arena this August 23, 2015.

But before she performs for her Filipino fans, we give you 8 fun facts you should know about the 21-year-old global pop superstar.

When she was still a child, Ariana used to perform with the Fort Lauderdale Children’s Theater. She used to be part of the plays The Wizard of Oz, Beauty and the Beast and she even portrayed the title character in Annie. In 2008, she was cast as the cheerleader Charlotte in the musical 13. And in 2010, she played the role of Miriam in the musical Cuba Libre.

In this sitcom aired in Nickelodeon, she played the classmate and friend of lead character Tori Vega (portrayed by Victoria Justice). For years, the brown-haired Ariana had to dye her hair red to differentiate her from other cast members.

As she was filming Victorious, Ariana did covers of songs from of Adele, Whitney Houston and Mariah Carey, and uploaded them on YouTube. Eventually, Monte Lipman, CEO of Republic Records, signed her to a recording contract after seeing her videos.

Ariana is allergic to cats, which is ironic since her Cat Valentine character in Victorious loves cats. She is also allergic to bananas, shellfish and some cough medicines that she revealed via Twitter.

It has always been a staple for Ariana to wear a ponytail – which actually became her signature look. She always wears her a half-up ponytail because of hair loss, which she got from Victorious. She had to dye her hair red almost every week, which resulted to hair loss. She also shared that she uses extensions in a pony tail.

Watch the music video of "Problem" wherein she can be seen sporting a ponytail hairstyle.

Ariana dated Nathan Skyes, a member of the band The Wanted, for three months in 2013. The following year, she got back together with her ex-boyfriend The Janoskians member Jai Brooks in May 2014. However, they called it quits three months later. Currently, she is in a relationship with rapper Big Sean.

Watch the music video of 'Right There," Ariana's song that features her current boyfriend Big Sean.

In March 2013, Ariana was featured in Seventeen magazine after joining a campaign called Delete Digital Drama that aims to end online bullying. In September of the same year, she participated at a charitable program called Stand Up to Cancer where she performed her song “My Everything”, dedicated to her grandfather who died of cancer.

Watch Ariana's performance of "My Everything" during the event.

Her albums Yours Truly and My Everything both debuted at No. 1, making her the first female artist to actually have two albums debut at the the top slot since 2010. The last singer who did this was Susan Boyle.

Listen to one of Ariana's hits in her album Yours Truly, "Honeymoon Avenue," after which her tour was named.

Now who's excited for the Honeymoon Tour? Arianators (fans of Ariana) can already grab tickets for her Philippine concert.

For tickets, call SM Tickets at Tel. 470-222 or visit www.smtickets.com