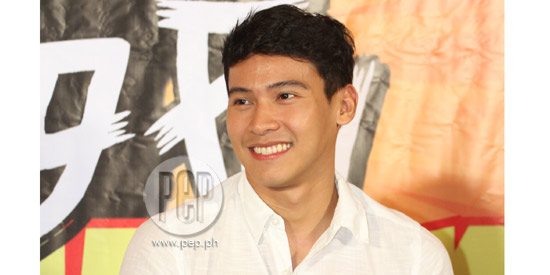 Before he was recognized as an actor, Enchong Dee dreamed of becoming a musician.

This was the reason the 26-year-old actor did not hesitate to record his self-titled debut album.

Enchong was equally happy to be given a chance to take a break from acting stints.

The 13-track album already reached a gold record award last February, but Enchong wishes it will reach a platinum record plaque as well.

Towards the end of the interview, Enchong said he might do a concert this year in connection with his music album.

“And I want to do something na hindi nila napapanood sa ASAP, mall shows.

“Gusto ko talaga it's worth paying for so, I'm very careful with that concert also.”

Asked where he plans to do a concert, he replied, “Music Museum lang siguro. Ang taas naman ng Araneta!”