After Image reclaims "Our Place in the Sun" 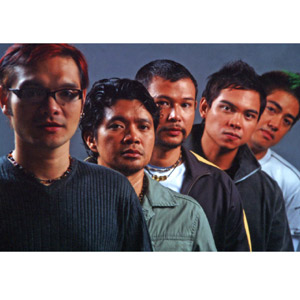 The Filipino pop rock band After Image is back in the recording scene with its 12-track album titled Our Place in the Sun.

What do ten years mean to you?

For a band like After Image, it could mean roughly the time they were on top of their game—a successful run in the recording business, producing such enduring hits as "Next In Line," "Habang May Buhay," and "Mangarap Ka." They amassed a fan base that has turned their affinity to the band into impressive sales figures. Formed roughly in 1987, the band enjoyed a status not many of their colleagues are fortunate enough to reach. But then, they decided to take a break—a long one, if you ask their fans.

It's almost another ten years, then, since they last officially recorded the album Touch The Sun. Now the local music scene is filled with emo music while rock ballads were popular during their heyday. Faced with this scenario, the main members of the After Image curiously find that their schedules have finally allowed them to do what they have been toying around in their heads for a few years now: they want to re-form the group and possibly go on tour.

When they received an offer to tour the States early last year (thanks to other local acts that have successfully staged their own tours catering to Filipino crowds mixed with a good number of curious Westerners), the band decided that it would be best to come out with an album first. After all, would you go to a battle unprepared?

Midway last year, the band spent some time in the studio to finally write—or should we say, fine-tune—new songs. Almost everyone from the original line-up was accounted for. Now with a full album finally recorded under Viva Records, titled Our Place in the Sun, we find new revisions in personnel: The producing tandem of Wency Cornejo (vocals) and Arnold Cabalza (keyboards) and Nino Messina (bass) are still there. But there are two new members: Gereon Arcay (guitars) and Gibby Viduya (drums).

And now, they have produced a new album, a 12-track collection of new songs that are a mix of rock, heavy ballads and everything in between. On paper, it sounds as if it's the same surefire formula behind the band's past successes, but there's a certain deliberateness about their songwriting now. Some fans may even catch the subtle nuances that truly mark the changes in the band's music.

In "Musikero," the band salutes their brothers and sisters whose gift of song helps make the world a truly good place to live. Fans and new listeners can now look forward to the title track (penned by Arnold), whose dynamic rhythm and memorable melody play up solidly to Wency's U2 influences.


Wency also penned "Finding It Hard to Believe," a classic big rock ballad with an updated feel, whose soft keyboard intro gives way to rocking verses and an infectious chorus. In this song, Wency employs a rougher vocal style, the grit that the song needs and that allows it to transcend the "power ballad" classification. The album also holds a trump card—a hidden track that promises to be one of the most interesting collaborations this year, bringing together two iconic voices of Pinoy rock together.

Wency puts all the band's new efforts now into perspective: "We're not necessarily aiming to be the hottest thing out there, but we'd like to still be relevant, respected and still making good music...kuntento na ako sa ganun," says Wency.

After Image is all about forging connections, then and now. The relevance Wency is looking for lies in the songs—through these, their listeners will realize that although almost a decade has gone by, when the music speaks to the soul, time doesn't really matter.

Our Place Under the Sun hits retail outlets this month under Viva Records. You may download After Image's latest album Our Place Under The Sun at www.fliptunes.net. As a special treat to fans, a special version of their single "Standing By Your Side" is available to online buyers.