Sean Kingston performs for free at Glorietta on April 17 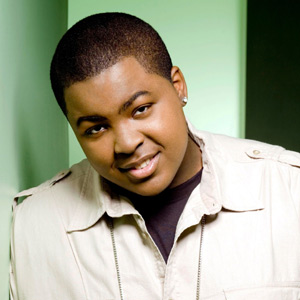 Famous for his chart-topping phenomenal hit single "Beautiful Girls" and his second release "Me Love," rapper-songwriter Sean Kinston will perform in the Philippines for free! Catch his performance at the Glorietta Activity Center on April 17.

The Miami-born, Jamaica-bred artist is not just a new face in popular music; he has accomplished the rare task of creating a new genre wherein rap, reggae, pop, doo-wop and remarkable songwriting all combine into something totally refreshing.

It's no wonder then that Sean is quickly becoming a household name with his first single "Beautiful Girls," a song popular in both urban and pop radio stations. The unmistakable hit boasts the instant hook of "Stand by Me," which acts like a muse for the song produced by savant J.R. Rotem. Sean, who is the flagship artist on J.R.'s label Beluga Heights, released his debut album Sean Kingston last year via Beluga Heights/Epic.

"I heard the track ‘Stand By Me,' one night in the studio while listening to the radio and asked J.R. if anyone had ever used that sample," narrates Sean. "He made the beat immediately and I wrote down the lyrics within an hour. It happened very quickly. I loved the way it turned out and I think my sound is a lot different than what else is out there. It all just worked and we knew we had something special with the track. I'm also singing about something people can relate to. I'm singing about being in love with someone who you think is your world but they don't see it that way and you have to end the relationship."

The rapper-songwriter wants to make it clear that he is no cookie cutter artist that has the songs mapped out for him—he comes up with 100 percent of his lyrics. Sean also understands that as an 18 year-old making urban music he has a responsibility to fans. "With this album I thought it was important to not use curse words or negative language that might offend people. I write my own songs so it's like if I can write a great track without using those words, then that's the style for me."

Sean continues, "As an artist, my whole goal is to make a powerful and classic album. I want everyone to feel my music and understand my heritage and that's what this album will do. The music is all about the authentic Sean Kingston vibe. J.R. is a talented dude and a dope producer and he heard that I had something different to offer from other artists out there. Together we're a powerful force and I'm ready to share it with the world."

Sean's album is shaping up to be filled with a string of hits, including the second single "Me Love" as well as "Got No Shorty," "There's Nothin'" featuring Paula DeAnda, "I Can Feel It" and "Take You There." His self-titled album is now available in all record stores under Sony BMG Music Entertainment.

Special thanks to Sony BMG Music Entertainment. For more information, tune in to MTV Philippines on Channel 57 on Sky Cable (or ask your cable operator for channel designation) or log on to www.mtvphil.com. For sponsorship inquiries, call MTV Philippines at 706-1580.