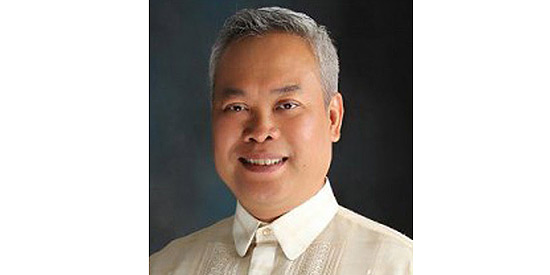 CCP Vice President and Artistic Director Chris Millado (in photo) hopes the new music director of the Philippine Philharmonic Orchestra will also have "commitment to excellence."ï¿½

The Cultural Center of the Philippines (CCP) is accepting applications for a music director and principal conductor for its resident orchestra, the Philippine Philharmonic Orchestra (PPO) until June 15, 2015.

The new conductor will take over from Maestro Olivier Ochanine who will be concluding his tenure by April 30, 2016.

A Search Committee will be formed by CCP management to screen candidates for the position.

The new director will hold the post for the next 3years, starting in June 2016.

He will be responsible for the preparation and implementation of the PPO’s thrusts, programs, concert season, training of musicians and other related activities. He is expected to conduct at least twenty performances per year, including the regular PPO season, Outreach tours, Young People’s concert and other special events of CCP. He will also be in charge of a Development Program for members of the PPO and ensure that the level of musicianship and artistic quality meet the highest standards.

CCP Vice President and Artistic Director Chris Millado said: “As we conduct this search for the new music director, we are also thankful for the contribution of outgoing conductor Maestro Olivier Ochanine. Through the five years he has been with the orchestra, he has taken the effort to make the orchestra and its music closer to its audiences especially the young people. He has made time to listen and immerse himself in the local music scene and this has made his tenure with the PPO a special one. This is a quality that I hope the next music director shall also possess — a commitment to excellence and the desire to share this excellence with the broadest publics.”

Interested conductors are requested to submit their application packet by June 15, 2015.

Required documents are the following: curriculum vitae with photo, letter of intent stating the applicant’s vision for the PPO, symphonic repertoire, sample souvenir program of performances, press releases, link to performances on YouTube, referrals from other orchestras, photocopy of the first page of passport (for foreigners only) and letter of endorsement.

The application packet may be emailed to ppomd2016@yahoo.com or mailed to the PPO Search Committee, PPO, Lower Basement, Cultural Center of the Philippines, Roxas Blvd., Pasay City, 1300 Philippines.

Information on the PPO may be obtained from the CCP website at www.culturalcenter.gov.ph